Can you spot the difference between these two ads? Is one more harmful than the other? Apparently so. The Advertising Standards Authority has decided that the poster on the right for fashion brand Missguided, with the model in the pink wrap mini-dress, showing her legs and cleavage did not breach the CAP Code rules on harm and  offense. The poster on the left, however, with the same model wearing an unbuttoned jacket with nothing underneath, crossed the line of acceptability, tripping into the territory of offensiveness, as defined by the ASA.

In their response, Missguided asserted that "promoting and encouraging female empowerment" was extremely important to their business. And I am sure we can all agree, nothing says "female empowerment" quite like an image of a woman wearing a jacket with nothing underneath, as well as sheer stockings, sheer gloves and high heeled shoes. Misgguided said they strongly contested that either image was overly sexualised and objectified women. They also said that the images were in line with the norms for advertising in the fashion industry, which may be true, even if its not right.

This Ruling raises two concerns. The first is whether the ASA's decision to ban one image but not the other is a case of a distinction without a difference. Are both these images just as 'offensive' or just as 'inoffensive' as each other? In their Assessment, the ASA sets out some distinguishing features of the two images to justify their conclusion that one image is more sexualised than the other. The ASA felt that image of the woman in the pink wrap dress not only exposes less of her breast, but it is also less sexualised than the one of her in the jacket, which apart from the use of the stockings trope, also shows her head back, mouth open, in a typically sexualised pose. Nevertheless, some people might feel that both images are overly sexualised, while others might think that neither are. And in addition, her head is in a similar position in both images, with her mouth open and a similar expression.  A similar amount of her breast is visible in both images. Arguably, she's more move covered up in the image that has been banned than in the one that's been cleared.

The other concern is that the media owner, Global Outdoor, not only reviewed the ads by reference to their own copy approval guidelines, but they also submitted them to the CAP Copy Advice Team for review who said that in their view, the ads were likely to be compliant with the CAP Code. The Ruling makes no comment about this, but it is clear that ultimately both both Global and Missguided were misguided in their decision to seek CAP Copy Advice, given that they were misguided by the copy advice they received.

It is notable that only the image with the pink dress was shown on the London Underground, but the report does not state whether Transport for London refused to allow the other image to be used on their estate due to their own rules about taste and decency. The Ruling concludes that pink dress image was acceptable for use where it would be seen by children, i.e. on the Underground.

This Ruling shines a light on the weakness of the CAP Copy Advice system. If an advertiser goes to Copy Advice and is told than an ad is unlikely to be compliant, that will make it difficult to defend any subsequent investigation if they decide to publish regardless of the advice. On the other hand, if CAP Copy Advice give them the green light, it still won't prevent a formal investigation, nor an 'upheld' complaint. This puts advertisers in a very difficult position if they conclude that the advice being received from Copy Advice is unduly cautious. Should they press on and take the risk, or deny themselves the right to publish an ad that might ultimately be given the 'all clear' by Council after an investigation? Given Council's application of the 'split the baby' principle in this Ruling, it would have been a case of damned if we do, damned it we don't for Missguided.

Global Outdoor, the media owner said they reviewed the ads in accordance with their copy approval guidelines and also submitted it to the CAP Copy Advice team for review, who believed the ads were likely to be acceptable. 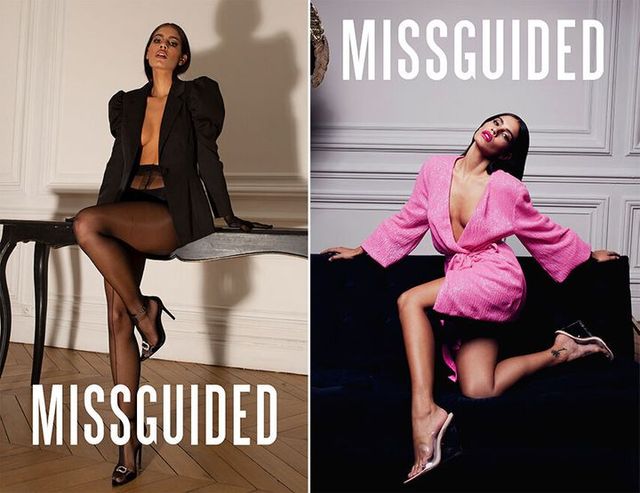 The Government Furlough Scheme: What every agency needs to know.
Brinsley Dresden