Who would want to be a young woman in 21st century Britain? Sexual harassment in the workplace, in the street, and even in Parliament for heaven's sake. The gender pay gap.  Sexual discrimination. Sexual objectification. Plus the use of anorexic models in advertising to create aspirations that can never be attained. It makes a chap relieved to be pale, male and stale. And a bit tubby.

The latest ASA decision about the use of an unhealthily slim model has a depressingly familiar ring about it. Conde Nast offered a rather thin defence to its use of an image which sadly fails to pay heed to advice issued by the ASA and CAP in recent years, as well as decisions by the ASA Council against various leading fashion brands such as Gucci and Saint Laurent.

Wallis Simpson apparently said that a woman cannot be too thin. With the benefit of hindsight, however, the judgements of a woman who took tea with Hitler are to be treated with some caution. And on the issue of the use of models in ads who reasonable people would consider to be too thin, she was clearly wide of the mark. Apart from the harm that this does to the models themselves, every parent of a teenage daughter who enjoys flicking through the pages of high end fashion magazines has good reason to worry about the impact that these images have on impressionable young minds.

Advertising is sometimes used as the scape goat for complex societal ills, such as childhood obesity or alcohol addiction, whereas I would argue that in those cases the causes are many and various. In the case of anorexia, however, the power of advertising in the fashion sector cannot be ignored.

On the other hand, there has been encouraging news from France, where a law came into force on 1st October stating that models, both male and female, must provide a health certificate obtained with the previous 2 years showing that they are fit to work. This prompted two leading brand owners, LVMH and Kering, owners of Dior, Gucci and Louis Vuitton, to agree to reduce that time limit to the previous 6 months. They also agreed not to use female models below a U.S. size 0-2 and a U.K. size 6. The French have also introduced a law requiring re-touched photographs to be labelled accordingly, which my colleague Geraint posted about a blog about recently.

In the UK, unfortunately we simply seem to see the ASA taking reactive measures against problematic images. It would be preferable to see both fashion brands and the fashion media taking more constructive steps to deal with this issue. The new editor of Vogue, Edward Enninful, has gone on record this week saying that he wants to protect young models from sexual predators and create a magazine with greater diversity by colour, class, ethnicity and body type. So hopefully that will mean the industry taking the lead on this issue, not the ASA. Or the French.

Issue The complainant believed the model looked unhealthily thin and challenged whether the ad was socially irresponsible. 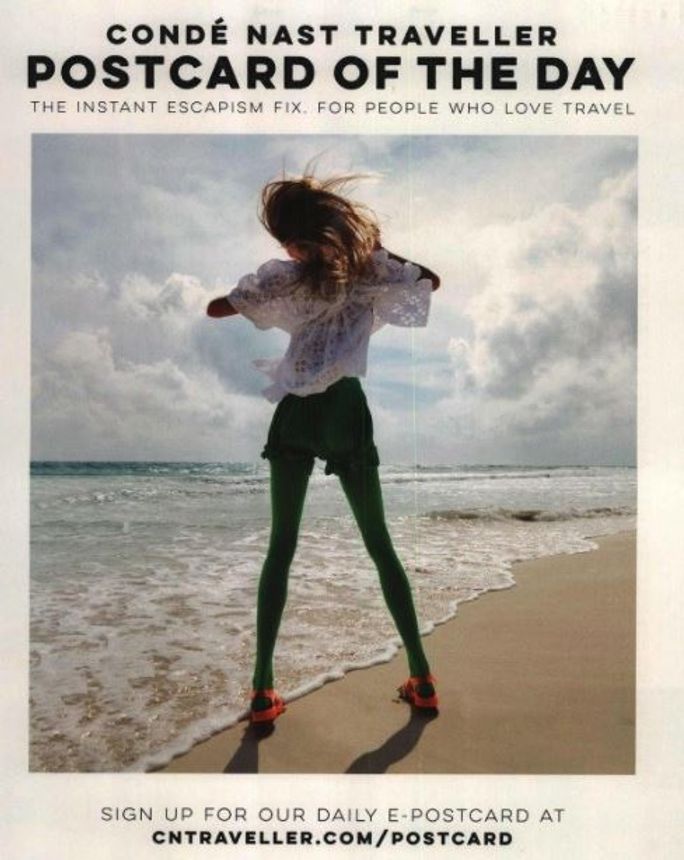 Timely and notable ruling on over skinny model in an ad for Traveller mag - worth readingCondé Nast Publications Ltd https://t.co/dFwiKzEhsd