We’re used to seeing toothpaste and other dental hygiene brands getting up close and personal with their models in ads – but more often than not this means an intimate zoom in to the teeth and gums. Not so for luxury brand BOCA, whose full page ad in Raconteur showed not even the merest hint of a mouth.

It did, however, show hints of other parts of the human form and subsequently incurred the ire of the ASA.

For BOCA, the advert was strategically targeted at an aspirational female market and that the model’s pose in the image (ostensibly nude bar a pair of black heels, and reclining back in a chair, legs akimbo) was intended to reflect the sensual, luxury nature of its product. An explanation reminiscent of the catchphrase used by Kenny Everett's parody of Bette Midler: "its all done in the best possible taste!"

Not so, according to the ASA. The "voyeuristic" (sic) photograph was sexually provocative and was deemed to place visual emphasis on the apparently nude female body. This while placing no emphasis on the portion of the body likely to be best served by the toothpaste…

The ASA "considered that the nudity and the pose of the model, and the provocative nature of the ad, bore no relevance to the product." It's a fair point. Do women brush their teeth wearing nothing but strappy high heeled shoes? And why is she reclining in a chair? Surely she should be leaning over a basin? Don't they know that toothpaste spills will bleach that lovely upholstery?

The ASA decided that these factors together served as an invitation to view the model’s body as a sexual object and that the ad was likely to cause widespread or serious offence.

But the decision has provoked an interesting range of reactions from the Twitterati. Some people agree with the ASA that the gratuitous use of a female nude to market organic toothpaste objectifies women and is therefore offensive; but others feel that there is nothing sexually explicit about the image and so the ASA has gone too far. It is clear is that in trying to find the objective boundaries of acceptability in these highly subjective matters, the ASA is almost inevitably going to provoke admiration and opprobrium in equal measure.

Two complainants, who believed that the ad objectified women, challenged whether the ad was offensive. 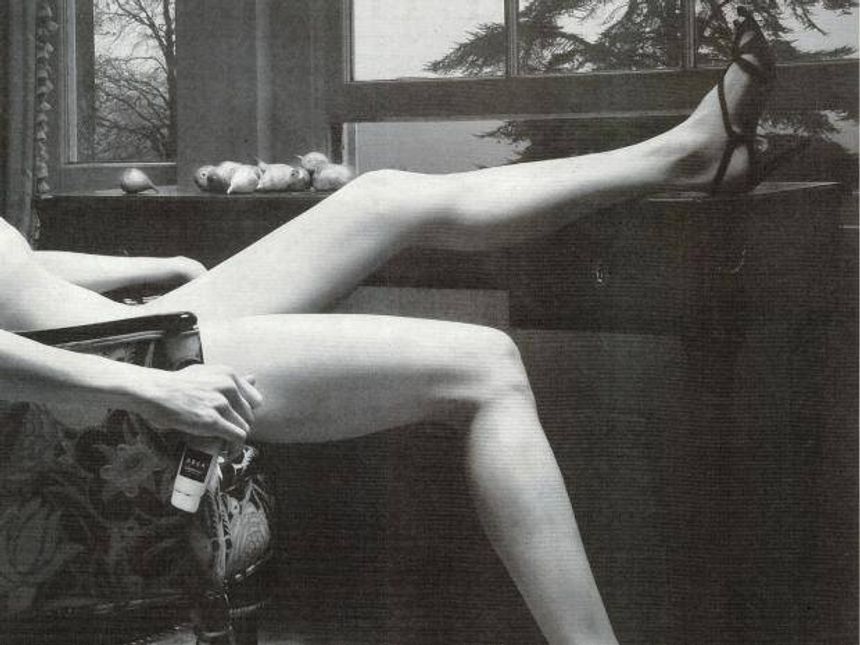 can someone please explain to me how this 'objectifies women'? https://t.co/eechObm1Il

Would the ad have been banned if it was a male model? Is this worse that a large number of perfume adverts, many of which are on around this time featuring barely clad people from each sex?
Just askin! https://t.co/ClBzzWXant

Should have used potatoes.
Toothpaste advert banned after it features naked model with onions https://t.co/395f6hLtS8