A recent ASA ruling provides helpful guidance on when vlogs – including “unboxing” videos – will be considered under the control of the brand and therefore subject to UK ad rules.

Christmas always brings with it an inevitable glut of “unboxing” videos, with proud new owners of must-have products videoing the process of removing them from their packaging for the first time, alongside a running commentary about the product’s features and quality. Often these videos are made by consumers who just want to share the joy with others, but the more polished presentations usually come from professional vloggers who are paid by the brand.

The ASA has ruled that two cycling videos which ran on a YouTube channel, one of which was an unboxing video, have fallen foul of ad rules for failing to make it clear to viewers that the videos were ads. One ad featured the unboxing of a cycling product and the other featured a challenge designed to highlight the performance of the product.

According to the ad rules, a video will be an advertorial and therefore subject to ad rules if the advertiser pays the vlogger for the video and exercises editorial control over the content. Here, there was no question about whether there had been payment; the real issue was whether the advertiser had control of the editorial and, if so, whether the videos were obviously identifiable as ads.

The vloggers claimed the brand had no control over the content and did not influence the scripts. Essentially, they said their videos were not ads because they had free reign to say what they liked about the products.

The key takeaway from the ruling is that the question of “control” does not boil down to whether a vlogger is required to give a favourable review of a product – that would clearly constitute control – it’s also about the degree to which a brand can dictate the structure or format of a video or the activities to be undertaken in it. In the present case, the written contracts between the vloggers and the brand contained terms which stipulated that there must be an unboxing video and a competition and that the vloggers must use the brand’s product and refer to its features. That was enough to tip the balance.

The ASA went on to rule that the ads breached the rules because they were not obviously identifiable as ads. The videos featured messages such as “Thanks to our sponsors” which were too ambiguous and were in any case buried in the description box, which could go unnoticed.

The problem is that if neither the brand nor the vlogger recognises whether a video is an ad, there is little chance that it will be labelled correctly and a breach of the ad rules is almost inevitable. Therefore, both brands and vloggers need to be alive to the meaning of “control” and ask themselves, who is calling the shots? If it’s the brand, then clear messaging to the consumer is key – as are clear instructions to the vlogger on what the message should be and where it should appear.

The Code defined an advertorial as an advertisement feature when the content was controlled by the marketer, not the publisher, and was disseminated in exchange for payment or other reciprocal relationship. 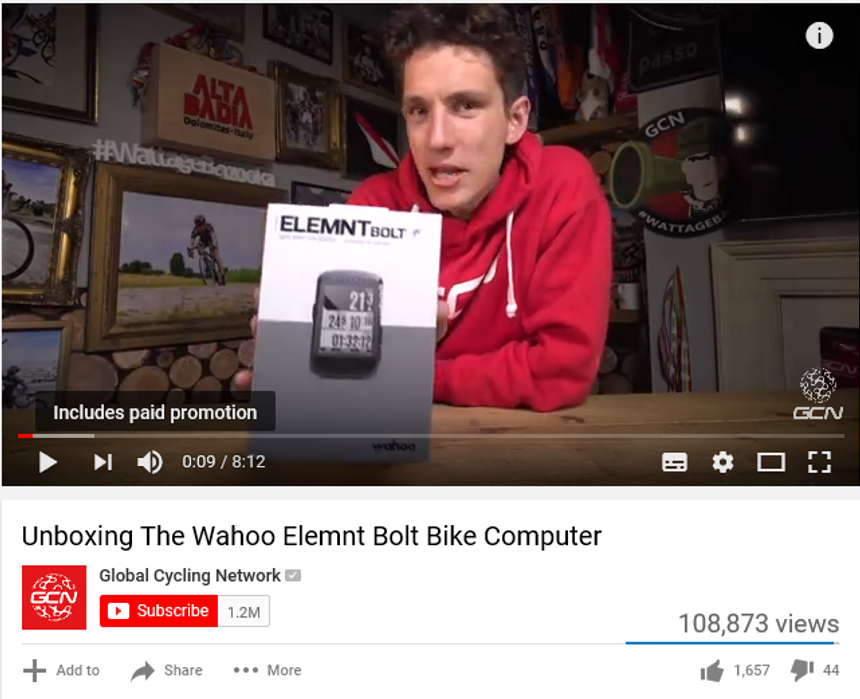