No, of course not. That would be ridiculous. Like the Great British Public voting for Brexit. Or Donald Trump being elected President of United States of America. Or me being told that I look like Boris Johnson. Unthinkable.

There is a serious point to be made here, however. The ASA's report entitled "Depictions, Perceptions and Harm", dealing with harmful gender stereotyping in advertising is a well-written and interesting document which carefully lays out the harm that can undoubtedly come from gender stereotyping in advertising. It cites 3 examples: family members creating a mess while a woman has sole responsibility for cleaning it up; suggesting an activity is inappropriate for a girl because it is stereotypically associated with boys, or vice versa; and ads featuring men trying and failing to undertake simple parental or household tasks.

The ASA has now solemnly promised to develop a new rule and guidance on the depiction of gender stereotypes in ads which they will consult on in the spring of 2018.

But judging by the history of ASA complaints, this is simply not a major concern to the public. And when the ASA Council has adjudicated on such matters, it has taken quite an old-school approach.

For example, in 2013, there were 620 complains about a Christmas TV ad for ASDA which featured a mother preparing for Christmas, buying a tree, writing cards, purchasing groceries, putting up decorations, wrapping presents and cooking Christmas dinner, with the voice-over stating "It doesn’t just happen by magic. Behind every great Christmas, there's mum, and behind mum there’s Asda."

But the ASA Council dismissed all these concerns, and gave the ad a clean bill of health.

When the ASA recently announced the plan for the new rule on gender stereotypes, the twitter-sphere gave the example of an Apatamil TV ad from as recently as 2016, alleging that it caused widespread consternation because of its harmful gender stereotyping. In the ad, the future for the baby girl sees her become a ballerina, while the baby boy has a choice of career: he can either go on to become a maths prodigy or a mountaineer. The Billy Elliott option appears to be unavailable to the young chap. And yet despite the plausible argument of harmful gender stereotyping, and the allegations of widespread offence on Twitter, there is no evidence of a reported adjudication on the ASA's website. We don't even know if the ASA received any complaints. In Sweden, by contrast, a McDonald's ad was banned in the 1990's for showing a brother and sister playing "mummies and daddies", with the 'daddy' going off to work and the 'mummy' staying at home.

But coming back to Father Christmas, why should it always be a fat old bearded man shown driving the Yuletide sledge? Does this imply that women are bad sledge drivers? Or perhaps that women lack the strength and courage required to control a team of intrepid flying reindeer as they hurtle across the winter skies? And does the ASA support the notion that only men are capable of scaling roof tops and then abseiling down a chimney, risking life and limb, not knowing whether there is roaring fire in grate or merely the last glowing embers warming the hearth?

Perhaps we will need that new rule in place for next year after all. In the meantime, Merry Christmas.

The review by the Advertising Standards Authority (ASA) on harmful gender stereotyping in advertising, Depictions, Perceptions and Harm, published last summer, provided an evidence-based case for stronger regulation of ads that feature stereotypical gender roles or characteristics which can be harmful to people, including ads which mock people for not conforming to gender stereotypes. Following the review, we committed to developing new standards on ads that feature stereotypical gender roles or characteristics. We are now developing a new rule and guidance on the depiction of gender stereotypes in ads, which we will consult on in spring, 2018. 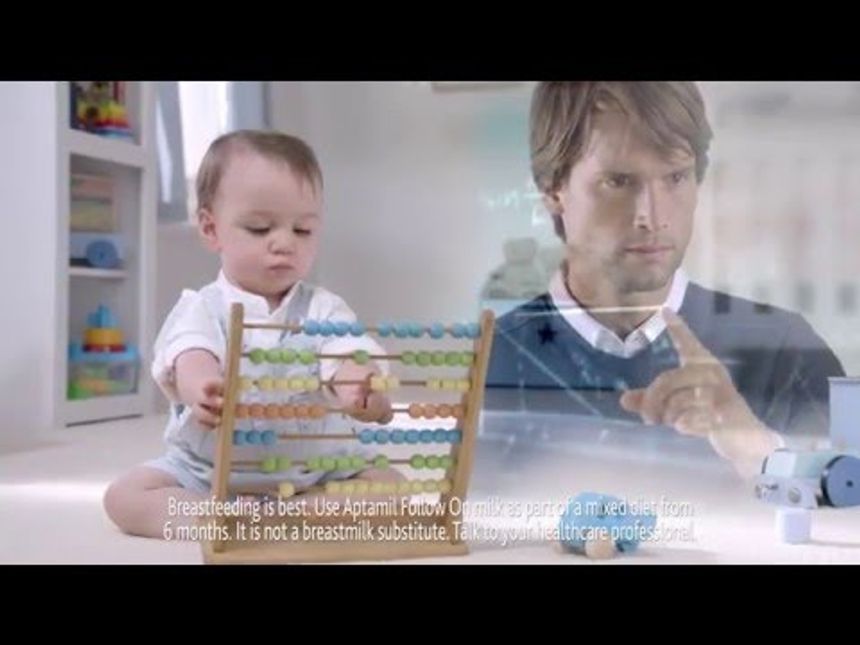 This new rule is moving to ban harmful gender stereotypes from ads next year https://t.co/FZJU0NKSXo pic.twitter.com/ePIRoOAu9i

.@CAP_UK, which writes the U.K. advertising code, said it would introduce a rule next year to ban harmful gender stereotyping in advertising. https://t.co/d3yY1cJyzN