Back in February 2016, the ASA published an Adjudication upholding complaints about a mobile phone repair business, FreeFusion, based in Corby, Northamptonshire. The ASA ordered FreeFusion to cease and desist from misleadingly using the Apple logo and the claim "Authorised repair centre", as well as the claim to use "original parts". This was on the basis that they were not authorised and the parts they used were not original!

When FreeFusion failed to comply with the Adjudication, the ASA ratcheted up their compliance procedures to the next level, by adding the company to the list of non-compliant advertisers on their website. But still, FreeFusion showed no remorse and continued to make their misleading claims. So at that point, the ASA referred the matter its Trading Standards backstop.

As a result, both FreeFusion Ltd  and its sole director, Mr Szymon Wierzbic, were prosecuted on 9th January 2018 in Northampton Magistrates Court for offences under the Consumer Protection from Unfair Trading Regulations 2008 and the Trade Marks Act 1994. The company was fined £1,000 for the misleading claim that it was Apple approved and £1,000 for claiming to supply original Apple parts. Mr Wierzbic  was also fined £500 for the misleading "Apple approval" and £500 for the original parts claim. By pleading guilty to the offences, both the company and Mr Wierzbic may have avoided higher fines, but they were also ordered to pay the prosecution's costs of £2,463 and victim surcharges of £100 for Free Fusion Ltd and £50 for Mr Wierzbic. So the day in court rang up a grand total of £5,613 for Mr Wierzbic and his company, although even that sum does not include his defence costs, which may well have been a few thousand more.

The case demonstrates that advertisers who fail to remove misleading advertising may ultimately find themselves guilty of criminal offences, incurring substantial sums in fines and costs, as well as reputational damage. Furthermore, directors may be personally liable as well.

One interesting point to note is that this prosecution was brought by Northamptonshire Trading Standards, rather than Camden Trading Standards, who were originally appointed by National Trading Standards to provide the legal backstop for enforcement for the ASA. According to the Northants website, they had also had previous dealings with Mr Wierzbic, having obtained an undertaking from him not to make misleading statements in his advertising which pre-dated the ASA Adjudication. The ASA's case handling principles with the ASA state that Camden Trading Standards will discuss individual cases with the local authority trading standards service where the advertiser is based and determine the most appropriate course of action. In this case, having already previously obtained an undertaking from Mr Wierzbic in relation to misleading advertising, Northants Trading Standards decided to bring the prosecution.

Unfortunately, there are currently another 31 advertisers on the ASA's list of non-compliant advertisers. We understand that there is often a delay between advertisers being placed on this list and their agreeing to change their advertising. Of the 31, 20 relate to adjudications that are less than 12 months old, so it is still possible that they will comply of their own volition. However, 4 relate to adjudications from 2016, 7 relate to adjudications in 2015, and 1 relates to an adjudication in 2014. It is possible that the offending claims are simply no longer being made, or that the ASA is continuing to work towards a resolution, the application of further sanctions (such as the placement of ASA ads in search engine results), or ultimately towards a referral to trading standards. So while it is not inevitable that every company on the list of non-compliant advertisers will find themselves being prosecuted by trading standards, that should be the ultimate sanction, particularly if the advertising claims concerned are clearly as false as they were in this case. For the ASA to be an effective regulator, it needs the support of trading standards in the most egregious cases.

A Corby phone repair shop has been fined for falsely claiming to be an approved Apple repair centre and supplying original Apple parts to mobile phone and tablet users. 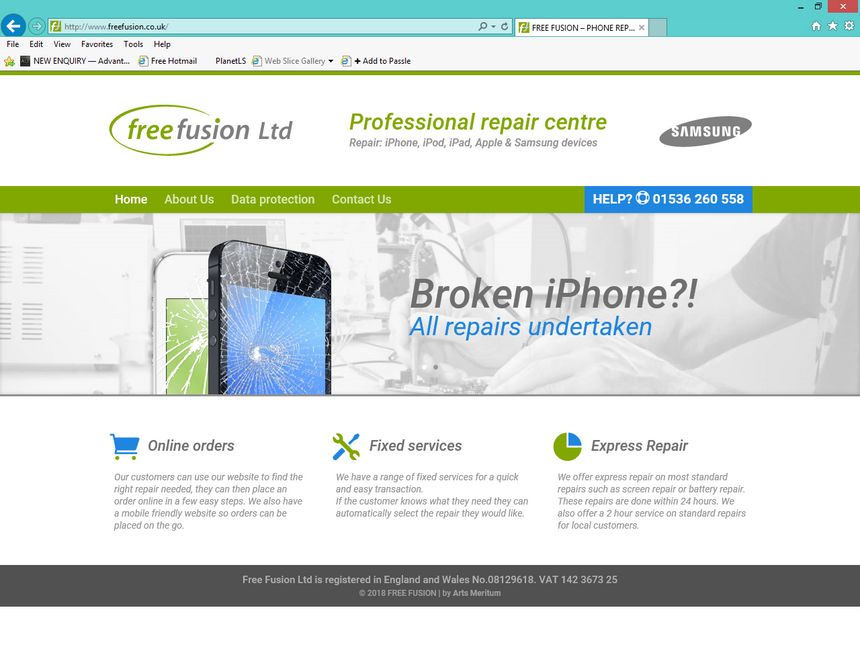 .@mycountycouncil Thank you to your Trading Standards officers for this: ASA welcomes prosecution of misleading advertiser https://t.co/14SXgUXRKs

We welcome the successful prosecution of FreeFusion Ltd following our referral of the company to Northamptonshire @mycountycouncil Trading Standards for misleading advertising https://t.co/x5C0dpN8yz pic.twitter.com/PTB14aUmSz