As long time readers of Lewis Silkin's Newsnotes and other articles will know, we are not big fans of American Apparel, or their disreputable, exploitative advertising. So the New Year got off to a good start when the ASA announced that the rules about the use of sexualised images of young people have been strengthened. This means that ads must not portray or represent anyone who is, or seems to be, under 18 in a sexual way. Previously, the rule referred to under 16's. This led to exploitative ads by advertisers such as American Apparel and Nobody's Child being banned by the ASA.  They would shoot a model (always a female model) who was 20 or 21 years' old, style her to look 16, just-about, and "Bob's your uncle". Your rather creepy, inappropriate uncle in this case. The example that illustrates this post has been cropped to avoid repeating the harm, and there are worse examples of American Apparel advertising that we could have used, but decided not to.

The new rule does allow for ads whose principal function is to promote the welfare of under-18s, or to prevent harm to them, but subject to the important proviso that any sexual portrayal or representation is not excessive.

Unfortunately, as non-broadcast ads are not pre-vetted, so the ASA can only act after the damage has been done, unless they have successfully applied their pre-vetting sanction to a recidivist advetiser. In the case of American Apparel, who were the subject of a long series of adverse adjudications, it was impossible to avoid that their motives were cynical, at best.

After public consultation, on 2 January 2018, CAP and BCAP introduced stricter rules prohibiting the sexual portrayal or sexual representation of under-18s, and anyone who looks under 18, in advertising. 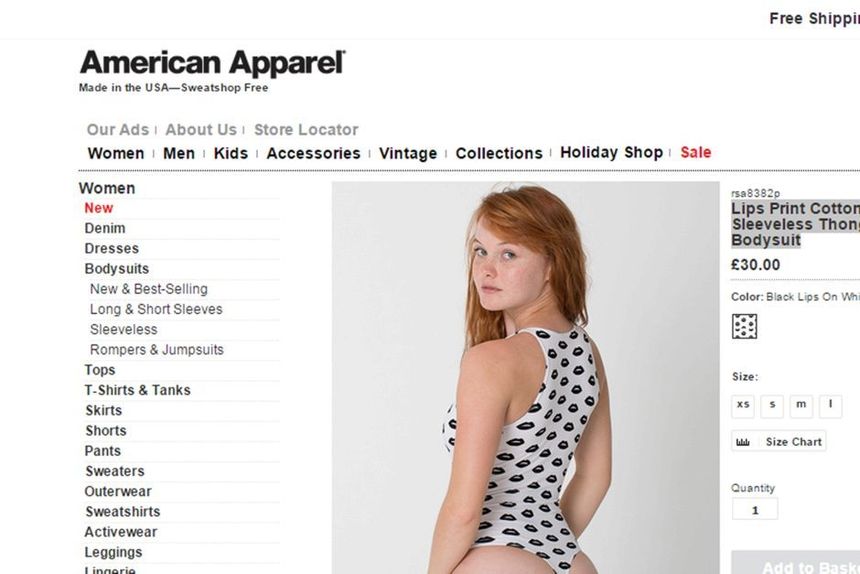