There's been a lot of talk about the impact of virtual and augmented reality on our viewing experience however to date, I don't know about you, but I've been a little underwhelmed?

The deployment of digital replacement or 'live virtual' advertising on LED perimeter boards across one of the world's biggest football leagues has however turned my head. The commercial and creative application has massive potential, but there are also legal implications (both positive and negative).

It was recently announced that the Bundesliga (German's equivalent to the Premier League) has approved the use of live virtual replacement advertising technology. Essentially this means that audiences watching on TV in Germany will see the adverts which are actually appearing on the LED boards in the football stadium, while international audiences watching live in their living rooms will be consuming ads relevant to their market. Those ads are digitally over-laid on top of the LEDs, without any disruption or distortion to the action on the football field.

The technology behind this is, frankly, beyond me. However I've seen it in action and it works, and it works well. It's taken a long time to get to this stage –the technology has been refined by Supponor over 15 years and is now being commercialised using ADI's LED perimeter boards through a deal with sports marketing agency Lagadère Sport. The approval by a major league feels like a trigger for much wider adoption.

From an ad law point of view there are huge potential advantages. For example a league sponsor which markets the same product under different brand names in different territories for legal reasons, or cannot use a slogan in certain territories due to clearance or regulatory difficulties, can implement different creative in different territories. Similarly for advertisers in heavily regulated sectors like betting or alcohol there are opportunities. If the market in which the match is taking place restricts their advertising, they can purchase virtual replacement advertising in less restrictive territories. Although the technology is yet to be adopted by FIFA, with the World Cup taking place in Qatar in 2022, you can see how advertisers who may be prohibited from advertising in the country due to the application of Islamic law principles, may be seeing new opportunities for promotion outside the host country (and no doubt FIFA executives are also rubbing their hands at the prospect of unlocking the additional revenue).

However, on the flip side, will countries like France (whose strict Loi Evin restricts all sports sponsorship by alcohol products in France) now require the live feeds of Bundesliga matches utilising this technology to digitally replace any alcohol branding appearing on LED's in the German stadiums? (France currently allows, as an exception to the Loi Evin principle, for live coverage of sports taking place outside France to be broadcast in France even if alcohol branding is visible).

Lawyers drafting sponsorship deals which are offered on a territorial basis will also now need to ensure they accommodate the implications and opportunities which this technology allows.

Given the commercial, legal and creative benefits that the technology affords don't be surprised if you see this technology rapidly becoming the norm... 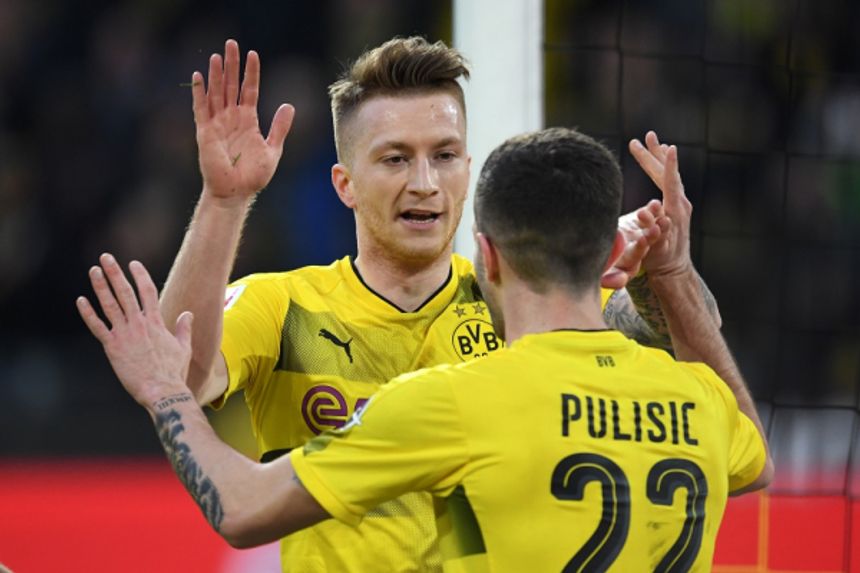 A tribute to the hard work and dedication of many people @Supponor, @ADI_LED, @Bundesliga_EN, #Sportcast, @BVB and @LSports_de (amongst others!) Looking forward to continuing progress in Germany. #realityaugmented #H2020 https://t.co/8Bs2RB4zqJ pic.twitter.com/LJoviMRYDV