When I read that the advertising of yet another fashion brand had been banned for using unhealthily thin models, my initial thought was "when will the fashion industry mend its ways?"

Well, quite soon, as it turns out. Motel Rocks, the brand name of Rustin & Mallory, were told that 1 person had complained about images of two women on its website who were unhealthily thin. According to the ASA's adjudication, Motel Rocks had offered to remove the images and re-shoot. Which begs the question, why were they then subject to the negative PR of an adverse adjudication?

We have no inside knowledge of this matter, so it is impossible for us to say for sure. Perhaps it was because the ASA wanted to educate the market. The adjudication contains a written description of the images, in particular hollow collarbones, but we cannot find any of the images on the ASA's website or in the news media. To be fair to Motel Rocks, all the models on their current website look perfectly healthy, so they've clearly put their house in order. But as an educational exercise, the publication of the adjudication has not achieved much. A picture paints thousand words. All we've got is about four hundred words and no picture, which is a shame.

Another possibility is that Motel Rocks were unaware that if they wanted to avail themselves of an informal adjudication, thereby avoiding the reputational damage of an upheld formal complaint, they needed to do so in their first response to the ASA. You can't wait until the ASA produces an adverse Draft Recommendation and then try to 'plea bargain' by agreeing to change your advertising. However, the wording of the Adjudication suggests that they did come quietly right from the start. Motel Rocks have been the subject of an informal adjudication in the past, so did the ASA not allow them another informal because they had committed a similar second offence? There is simply no way of finding out from the ASA's website.

In which case, one has to ask whether the ASA has lost sight of its own prioritisation principles on this occasion. Yes, this is an important issue and the ASA has done valuable work in calling advertisers to task. But if a small advertiser, in the face of one complaint, promptly agrees to change their advertising, surely those are circumstances in which an informal resolution would be appropriate, particularly when in the absence of any copies of the offending images, the rest of us are left none the wiser. 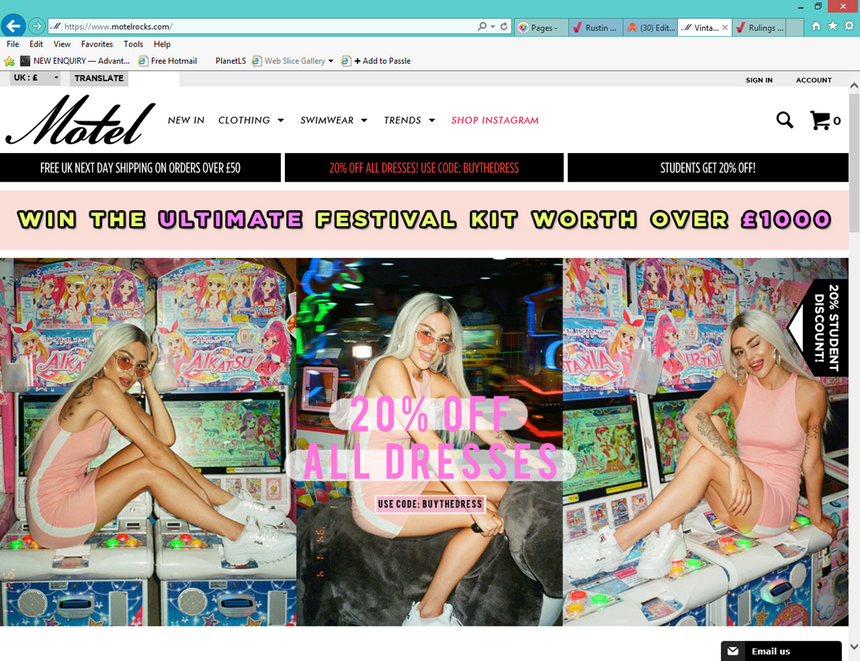