The recent coverage of the Windrush scandal, and the Home Office policy of creating a 'hostile environment' for illegal immigration, has mentioned the now infamous Home Office 'Go Home' advertising campaign. This featured a number of contentious claims, including "106 ARRESTS LAST WEEK IN YOUR AREA*", with a link to small print which stated "*30 June - 6 July 2013 covering Barking and Dagenham, Redbridge, Barnet, Brent, Ealing and Hounslow". The ASA upheld complaints about 2 out of 5 issues, banning the ad. The statistics were based on several boroughs in North London, so when the van was touring south of the river, that could hardly be said to be "your area" - although residents of North London would observe that no body ever needed much encouragement to leave South London.  The other problem was that the qualifying text was not sufficiently prominent, so the ad was banned.

So why is it that this highly 'political' ad, design to support a very contentious government policy, was subject to scrutiny by the ASA, whereas ads for elections and referenda are not?  How was the Leave Campaign able to continue using their infamous bus with its unsubstantiated claim about EU contributions and the NHS, even after the head of the Office of National Statistics had asked them to stop?

The simple answer is that since 1999, the CAP Code has excluded from its remit ads whose principal function is to influence voters in local, regional, national or international elections or referenda. Before that, political ads were subject to the rules about offensiveness but not those about  substantiation and misleadingness. However, the controversy around the Tories' 1996 'Demon Eyes' campaign, starring Tony Blair, seemed to convince the ASA that they were well-off out of it.

This link to elections and referenda means that ads by central or local government are caught by the remit of the CAP Code, as well as 'lobbying ads' by charities and other bodies, and ads by trade unions to promote political campaigns outside the context of an election.

It would be completely inappropriate for the ASA to be asked to regulate issues of misleadingness in ads connected with elections or referenda, and that was not the arrangement even before 1999.  However, it is bizarre that consumer protection laws mean that if you buy a product as a result of misleading advertising, you have all kinds of rights to get your money back, claim compensation, or even unwind the contract completely; but if the outcome of a referendum is influenced by a false advertising claim made by politicians who've been told its misleading but carry on regardless, there is no legal or regulatory redress. Surely that can't be right? It creates a dangerous incentive for political mendacity.

The ad must not appear again in its current form. We told the Home Office to ensure that in future they held adequate substantiation for their advertising claims and that qualifications were presented clearly. 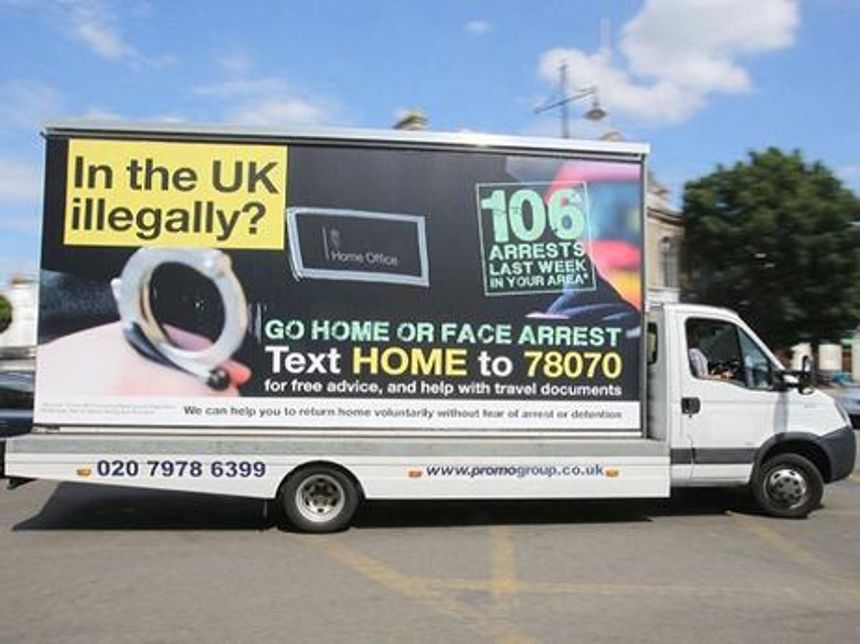