Stereotyping isn't just for Christmas ads, it's for life. Ads which rely on tired old tropes are all around us - all year long. Whether they're promoting cars or cleaning products, it's likely they have a go-to stereotype ready to dust off.

I don't want to make light of this, but there are reasons why advertisers who have to tell a story and promote a product in an ad lasting from 3 to 30 seconds, or in a poster which you will only look at for a split second, need to get to cut to the chase pretty damn quickly.  There's no time for 'scene setting' or back stories, so stereotypes are deployed in order to save precious seconds. Advertisers also have a target demographic in mind.

But does this make it right to routinely rely on the same old gender stereotypes? Shouldn't we take some account of the societal impact? And if so is this an area which requires intervention by the ASA and CAP?

Well, in order to keep up with our quickly evolving society and in order to help limit the damage caused by these tired old stereotypes... I'll stick my neck out and say: probably, yes!

So I welcome an update to the current rules to tackle gender stereotyping and body shaming ads. I hope the new rules will take the opportunity to promote LGBT+ representation in ads.

I'm a realist though, and I am keen to ensure the new rules are fit for purpose and don't go overboard. I'm acutely aware that society is on a journey, and trying to force or patronise people can mean we move backwards instead of forwards.

Having said all of that, it does irritate me greatly when an ad lazily reinforces old tropes about women being responsible for maintaining the home and looking after children, and of men going out to work or, in leisure time, taking the wheel of a big car and (literally and metaphorically) leading the family on some big adventure.

I'm equally discouraged when ads default to showing little girls dressed in pink tutus wistfully baking fairy cakes, while the little boys in the same ad are shown to be interested in cars, sport, playing rough, getting muddy and growing up to be a scientist, astronaut or soldier.

Perhaps what gets under my skin the most is that many (ok most) viewers will simply passively accept these stereotypes without applying any critical thought to them. Some ads are just vaguely on in the background, barely noticeable, but whether it's on a conscious or subliminal level, they will inform or entrench our world view.

This can be detrimental to social progress (affecting the social narrative which is imprinted in the minds of both children and adults).

CAP and the ASA seem to want to get ahead of this issue, albeit that their fairly slow internal processes (involving a large number of stakeholders) mean that they’ve now probably fallen a little behind the curve.

I think most people will agree that shining a spotlight on this issue, and encouraging change is a positive thing, but we are keen to see that CAP and the ASA deal with this issue in a ‘light touch’, realistic and pragmatic way, without going overboard and/or strangling creativity or humour.

Ads have to reflect society, but, at the risk of being idealistic, ads can also play a small part in shaping society for the better.... while still promoting a product.

The consultation, published on Thursday, gives guidance as to the types of ad that are likely to land advertisers and agencies in trouble. An example of an advert that would probably be banned under the new rules would be one that showed a man with his feet up, and family members creating a mess around a home while a woman cleaned up the mess. An ad that showed a man or woman failing to achieve a task specifically because of their gender – such as a man’s inability to change nappies or a woman’s inability to park a car – would also likely fall foul. So too would body-shaming ads that feature a person with a physique that does not match an ideal stereotypically associated with their gender. 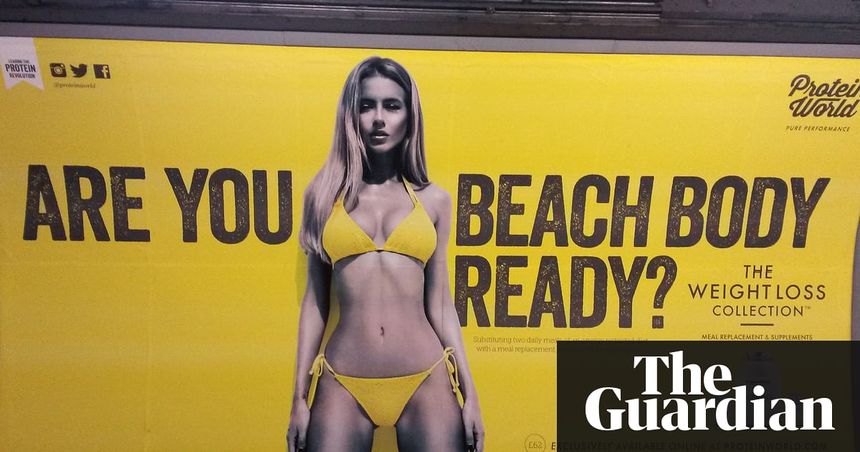