On Tuesday this week (26th June), the Electoral Commission published a report calling for urgent action to be taken by the governments and parliaments of the nations of the United Kingdom, as well as by social media companies, to improve transparency around the targeting of voters online. Ironically, the Electoral Commission's website is about as transparent as lump of coal, so you might want to click on the link below if you'd like to know more.

Key recommendations for urgent reform include:

The Commission’s job is to make recommendations about modernising electoral law to reflect changing in campaigning techniques and its' report was prompted by concerns about the increasing use of online and targeted digital communications with voters, allegations of misinformation, misuse of personal data, and overseas interference.

The commitments made by social media companies to greater transparency in political campaigns have been welcomed by the Commission, but it has asked them to deliver their proposals for online databases of political adverts in time for UK elections in 2019 and 2020, presumably ahead of any "People's Vote" on Brexit, given the concerns about social media campaign around the referendum in 2016.

At the moment, the Commission can only impose fines of up to £20,000 and so it is seeking a significant increase to the maximum fine, as well as greater powers to obtain information in real time and outside a specific investigation.

The Commission would also like there to be further consideration of how to give voters information about campaign spending more quickly after a campaign, or even during it, because at the moment, campaigners have up to 6 months to submit their spending returns. So by the time we, the voters, know that the limits have been breached, its far too late.

Of course, even if these reforms are implemented in time for a second Brexit vote, we will still need to find a way of stopping certain politicians, mentioning no names, Boris, from knowingly propagating misleading and unsubstantiated statistics despite repeated requests to desist from the head of the UK Statistics Authority. That would take a regulator for the contents of political advertising, which is not easily done in a democracy (although I am happy to volunteer for the role).

"Urgent action must be taken by the UK’s governments to ensure that the tools used to regulate political campaigning online continue to be fit for purpose in a digital age. Implementing our package of recommendations will significantly increase transparency about who is seeking to influence voters online, and the money spent on this at UK elections and referendums" Sir John Holmes, Chair of the Electoral Commission 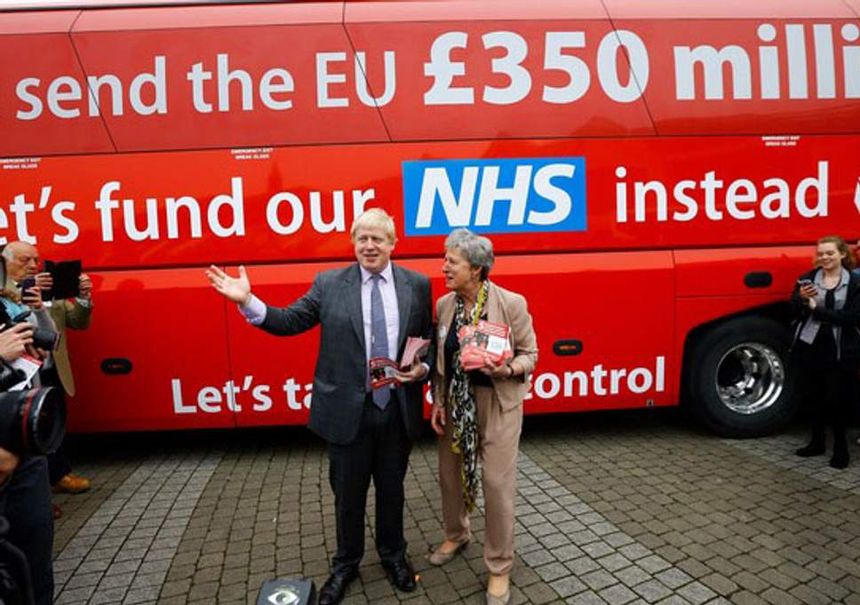 Completely in agreement with these recommendations. As an agent I never created content that I wouldn't be happy to put to print, so online campaigns should have no exception. (1/4)https://t.co/EGJnuE6rRR

This from the chair of the Electoral Commission. Okay we get it, this is what you're doing for the future, but what about the past? Specifically 2016. We need to have confidence in the result, if you can't give that, state it clearly.https://t.co/TXOjRfK0PR