Persuading the ASA that a social media campaign for a restricted product category has been properly targeted is a tough nut to crack. When Ferrero, the manufacturer of Nutella, used the influencers Zoella and Pointlessblog on Twitter, YouTube and Instagram to promote Nutella, an HFSS food, on World Nutella Day, the ASA received 3 complaints that the campaign targeted the under 16s because of the popularity of those vloggers with young people. Today we learn, however, that Nutella has tasted success, demonstrating to the ASA that the campaign had used the appropriate tools to spread the love, but not to the under 16s.

The CAP Code says that ads for HFSS products must not be directed at children through the selection of media or the context in which they appear. In addition, no medium should be used to advertise HFSS  foods if more than 25% of its audience is under 16. As the Nutella ads posted by PointlessBlog and Zoella were all defined as HFSS product ads by the Code, the ASA required Ferrero to take reasonable steps to target the ads appropriately to age-restricted audience.

The ASA's analysis starts by considering the context of  the ads. The content on the vloggers' YouTube channels and associated social media did not focus on themes likely to be of particular appeal to under 16s and did not feature under 16s.

The ASA then considered the Code compliance of each ad based on 3 factors. First, the specific ways in which consumers interact with the different social media platforms. Second, the targeting tools available on each platform to advertisers when they post non-paid for content. And third, the data available concerning the age profile of the vloggers' audiences.

YouTube: The ASA understood that less than 25% of PointlessBlog’s subscribers viewing while logged in were under 18, and inferred that that an even smaller proportion were under 16. Although it is not possible to know the age of YouTube viewers if they are not logged in, the ASA accepted that there no reason to conclude that their demographic profile would be significantly different.

Instagram: The ASA considered that Instagram users were unlikely to interact with the Instagram pages of individuals or businesses unless they were signed in to their Instagram account. The Instagram posts by PointlessBlog Zoella were non-paid for posts, so the posts would only have been seen by their followers and in the feeds of followers who had re-grammed the posts. As they were non-paid for posts, neither the vloggers nor the brands would have been able to utilise the age restrictions or interest based targeting available on Instagram for paid-for ads. The ASA  also noted that less than 25% of the influencers followers worldwide were registered as under 18, which was consistent with the age profile of their YouTube audiences.

Twitter: The tweets by PointlessBlog would only have been seen by his followers and in the feeds of any followers or Twitter users who had either liked or retweeted the posts. As they were non-paid for posts, neither the influencer or the brand would have been able to utilise the age restrictions or interest based targeting available on Twitter for paid-for ads. The age data for the influencer's Twitter followers was also not available from Twitter analytics. However, the ASA accepted that the advertisers had used the most robust demographic data available, (relating to YouTube and Instagram) when determining whether it was appropriate to place the ads in the influencer's Twitter feed. In addition, Twitter’s overall demographic data showed that between 81% and 91% of UK Twitter users were aged 18 and over.

For those reasons, the ASA concluded that the brand and the influencers had taken reasonable steps to target the ads appropriately, so there had been no breach of the Code.

So when you think about it, its not such a nutty decision after all.

We considered that Ferrero, in association with PointlessBlog and Zoella, had taken reasonable steps to target the ads appropriately. We therefore concluded the ads did not breach the Code 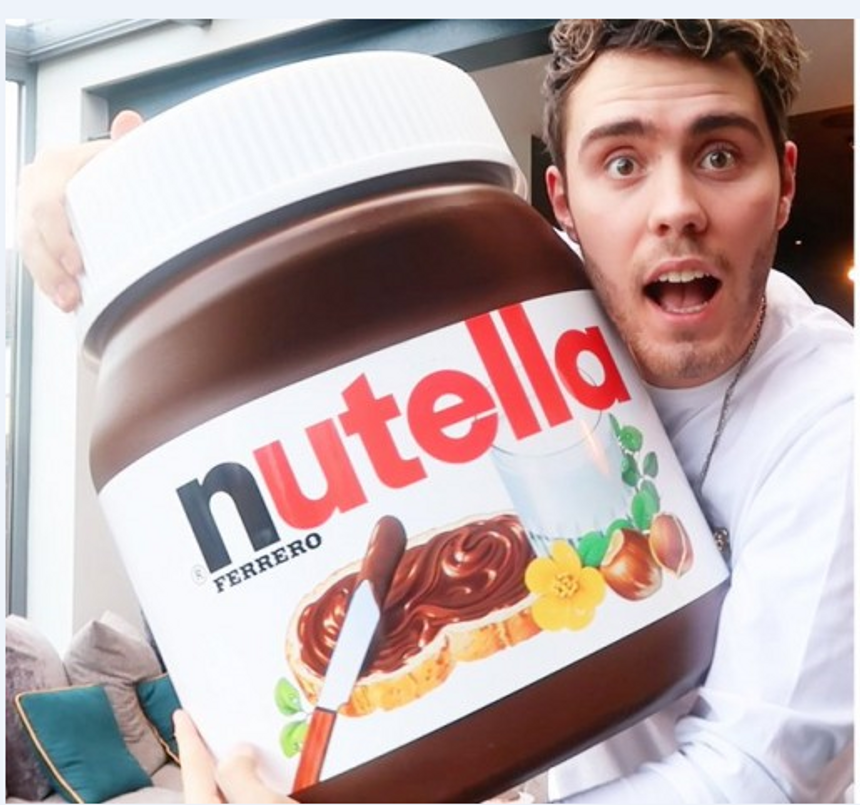 Highlights yet another thing influencers need to be aware of when taking on brand deals. https://t.co/8ZS68AfMaM