In recent months and years, we have seen the ASA crack down on more and more adverts that objectify women and may cause serious or widespread offence. But looking at this image for an estate agency, where the ASA has applied the same thinking to a picture of a man, one is left wondering whether the fetter on free commercial speech is really justified by the words and imagery used in the ad.

Two sensitive souls, or perhaps two disgruntled men with an axe to grind, complained the image was irrelevant in an ad for an estate agency and objectified the man. Consequently, they said it was offensive.

The ASA's analysis seems to have been the same as it would if the model had been a woman in a bikini. Perhaps that's a good thing? They agreed the image of a topless man bore no relation to the product being advertised. Well yes, but a topless man is not quite the same a topless woman. There are some obvious differences.

Although the ASA classified the pose as only "mildly suggestive" (they're easily titillated), the cropping of the picture to remove the head invited viewers to focus on man's body. Well yes, but does that really do any harm? Are men the subject of objectification in the same way as women? When it comes to men, is there really any harm to be prevented?

The ASA also concluded that the phrase “WOW! WHAT A PACKAGE”, together with the combination with the service information placed over the model’s crotch, was a clear reference to male genitalia. A piece of deduction of which Sherlock Holmes would have been proud.

The ASA concluded that the image was likely to cause serious offence to some people, based on the combination of the image, strapline and placement of the roundel because it objectified the man by using his physical features to draw attention to an unrelated product.

Well, maybe.  Equally, it could be argued that at worst, its just a bit silly. Is it really sensible for the ASA to exercise its powers of commercial censorship in these circumstances? If it was a picture of a woman, then it may well be justified in view of the widespread sexualisation and objectification of women. But it's a bloke in a pair of boxers: so if you weigh up the harm of the ad against the fetter on free speech, is it really justified? Its tempting to say that the ASA should grow a pair, but that would be wildly inappropriate.....

We told Lewis Oliver Estates Ltd not to portray men in a manner that objectified them and was likely to cause serious or widespread offence. 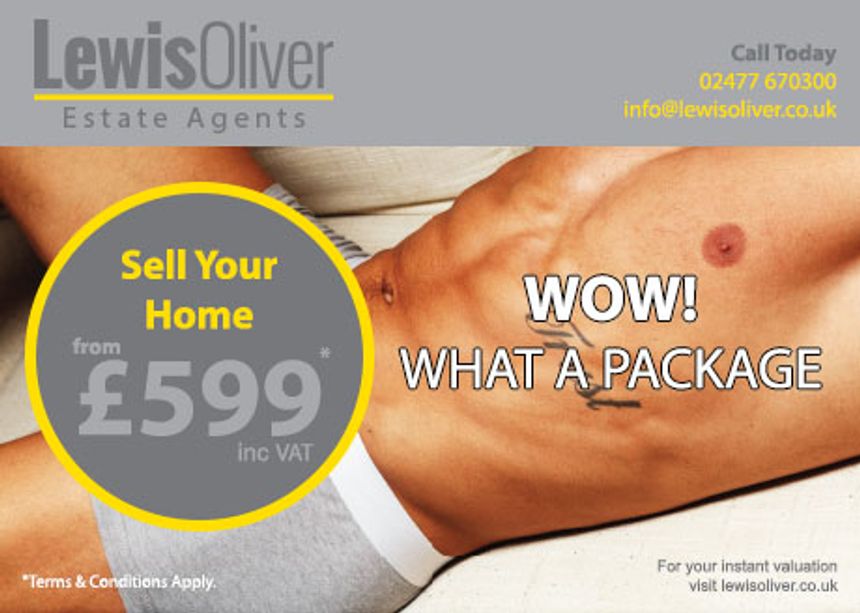