When advertisers are considering pushing the envelope with their advertising claims, they often wonder what the possible consequences could be if they are sued for false advertising.  A recent lawsuit over advertising for home pregnancy tests is a good example of what can happen.

The normal practice in the medical community, when expressing how many weeks a woman is pregnant, is to measure the weeks that have passed since a woman's last menstrual period.  SPD advertised that that its Clearblue home pregnancy test could tell a woman how many weeks pregnant she is, but didn't explain it measured pregnancy duration differently.  Clearblue provided an estimate of how many weeks a woman was pregnant, measured by the number of weeks that have passed since the woman last ovulated which is, on average, two weeks later.  Church & Dwight argued that this would mislead consumers, since consumers would assume that the Clearblue test would measure pregnancy duration in the same way that a woman's doctor would.

After years of litigation, and a bench trial on liability in 2015, the court agreed.  The court held that SPD understood that the Clearblue test "did not align with how doctors express pregnancy duration and that this misalignment could confuse consumers" and that SPD "sought to exploit the confusion."

Finding that SPD had falsely advertised its Clearblue product, the court held a separate three day trial to determine damages in late 2017.  In light of the fact that SPD "clearly knew that consumers would wrongly assume the test measured pregnancy duration in a way a doctor would," the United States District Court for the Southern District of New York awarded Church & Dwight its lost profits, which were calculated to be $9,955,018.

If you're interested in the specifics of how damages are calculated, and the use of expert testimony to get there, the case has an extensive discussion about that.  But, here are two other quick takeaways.  First, advertising often involves judgments about risk and about how consumers will ultimately interpret your advertising.  When your competitor believes you've crossed the line, don't assume that you'll just get a cease and desist letter or end up at the NAD.  While that's certainly a possibility, you also have to be prepared for a Lanham Act lawsuit that could result in years of litigation and a multi-million dollar damage award.  Second, it's critical to consider how consumers will interpret your advertising claims.  Since you're at least responsible for reasonable takeaways, and could be held liable for false advertising if even a relatively small percentage of consumers is misled, you'd better make sure that if there's going to be a gap between consumer takeaway and what you intend your claims to communicate, you take steps to clarify the communication.

"SPD clearly knew that consumers would wrongly assume the test measured pregnancy duration in a way a doctor would." 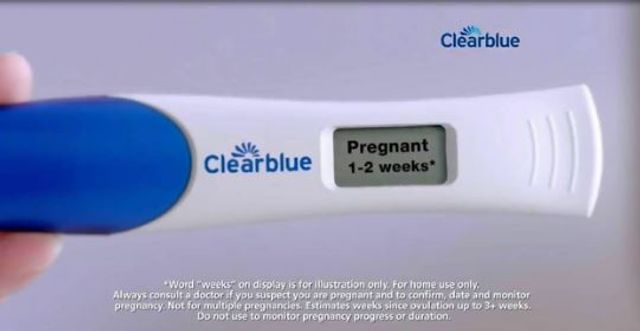 You're Invited: "It's Not Easy Being Green"
Jeff Greenbaum