It seems the ASA does have a sense of humour, after all...

This week the regulator issued a "not upheld" ruling in favour of a mattress maker whose ad depicted a woman feigning pregnancy in order to benefit in some way at the expense of others.

The woman is shown queue-jumping in a pizza restaurant and then being given a seat on a bus by an elderly man who thinks she needs it more than he does. It ends with the woman getting home at the end of the day and - shock - removing a pillow from under her clothing to reveal she is not pregnant after all. "HOW DOES SHE SLEEP AT NIGHT?”, the punchline asks. The answer turns out to be on the advertiser's supremely comfortable mattress, which soothes not only the aches and pains of the day but also the conscience.

The ad was part of a wider campaign featuring other similarly unscrupulous individuals taking advantage of unsuspecting innocents in a humorous way. However, the present investigation was only about the ad featuring the (not) pregnant woman.

The ASA received a number of complaints about it. The complainants believed the ad discriminated against pregnant women and raised concerns that it would discourage real-world people from offering seats to real-world pregnant women. The ad also polarised opinions on social media. Clearly, more than a few people were offended.

The investigation focused on whether the ad was irresponsible and likely to cause serious or widespread offence. The ad is certainly designed to be distasteful and mildly shocking, but the ad codes do allow advertisers some latitude on this. On this occasion, the ASA decided not to uphold the complaints partly because of the overly exaggerated, tongue-in-cheek tone of the ad. The actress’ sly smiles and hammed up body language makes it obvious that something is awry and the punchline reinforces the comic effect.

The ASA also went on to say: “We... considered that the ad was unlikely to be seen as making a judgment about the character of pregnant women, and that it would not influence real-world interactions with pregnant women”.

Ultimately, the ad was a clearly signposted, light-hearted, comic affair. Viewers weren't likely to be fooled and the content of the ad did not do anything to damage the real-world counterparts of those depicted.

The advertiser would have known an ad like this would likely be met with mixed reactions. They might have been more surprised that this one in particular generated so much ire. Another ad in the series involves a newsagent telling an elderly lady her lottery ticket was a dud, when in fact she had hit the jackpot (see pic). He 'charitably' refunds her stake before wheeling around to celebrate his "win" with a colleague, as the unsuspecting lady leaves the shop just happy to have her two quid back in the pocket. In an age when scammers are increasingly targeting vulnerable, elderly people to cheat them of their life savings, and this depicts actual fraud, they were lucky not to have received a complaint against this one too.

In the ad which features a 'pregnant' lady, the ASA's decision is probably the right one. The ad is light-hearted, no one gets hurt and it is unlikely that real-world pregnant women or anyone else is going to suffer as a result of it. However, it highlights the fact that comedy is always a fine line to tread in advertising. We don't all share the same sense of humour and it is not always obvious what aspect of an ad will get under the skin of those watching it - or the ASA.

because of the light-hearted presentation of the events, we considered that viewers would understand from the outset that the ad was depicting exaggerated scenarios for comic effect 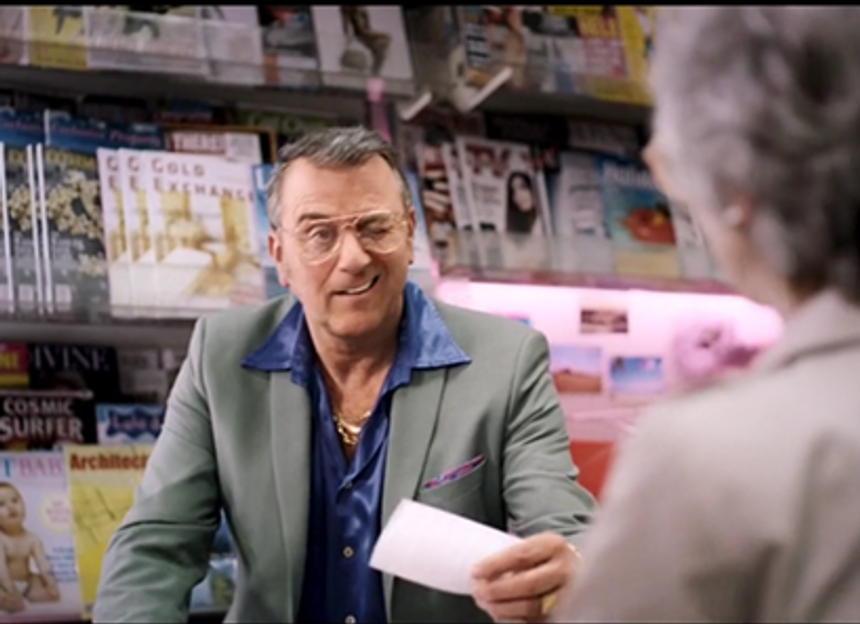