Look closely at this Sofitel ad (which ran in Australia), and you might notice a disparity between the reading material of the male character versus that of the female character.

Some have also commented on the food which appeared further down the bed - the plate of pastries can be found closer to his side of the bed, and a fruit platter on hers.

There's no question that the choice of reading material here was lazy in my view, and relied to a large extent on stereotypes, but does it rise to the level of causing harm or serious or widespread offence?

In this case, the public backlash was swift and the creative was voluntarily pulled. Sofitel invited consumers to DM them if they wanted to discuss further.

For balance, I should say that many have also spoken out to support the ad (often those bemoaning the spread of 'snowflake-ism'), while many others have also urged people to put the backlash into perspective.

The press around the world have reacted in various ways - with several publications implying (or actively claiming) that the ad has 'offended women', which to my mind opens up a separate debate about whether the press, as well as advertising, might be perpetuating gender stereotyping while simultaneously stirring the pot. I offer no opinions or conclusions.

Meanwhile, in the UK

With the new Gender Stereotyping rules on the horizon in the UK, this is precisely the type of issue with which advertisers, and the ASA, will need to grapple.

Under the forthcoming update to the UK's advertising codes, "Advertisements must not include gender stereotypes that are likely to cause harm, or serious or widespread offence."  This is, at least, the wording which looks set to be introduced in the UK alongside some other general examples which have been provided for context and which can be found here.

How high will the bar be set by the ASA in practice when it comes to this emotive subject?  Sceptics might be all set for some inconsistent decisions - but we're hoping for a clear, consistent, fair and balanced approach by the ASA.

With the pace of social change and the power of social media however, the court of public opinion is likely to rule on these ads far quicker than the ASA, so advertisers are encouraged not to sleep walk into using tired old stereotypes. Even if the ASA is forgiving, the public reaction might not be.

Brisbane’s Sofitel hotel is handing out the apologies today after a seemingly innocuous print advertisement was called out for sexism and gender stereotyping. The ad features an attractive young couple lounging about in the hotel’s bathrobes... However, it’s the couple’s choice of reading material that is causing all the consternation. The man reading The Australian Financial Review and the woman forced to suffer a Chanel coffee table book. 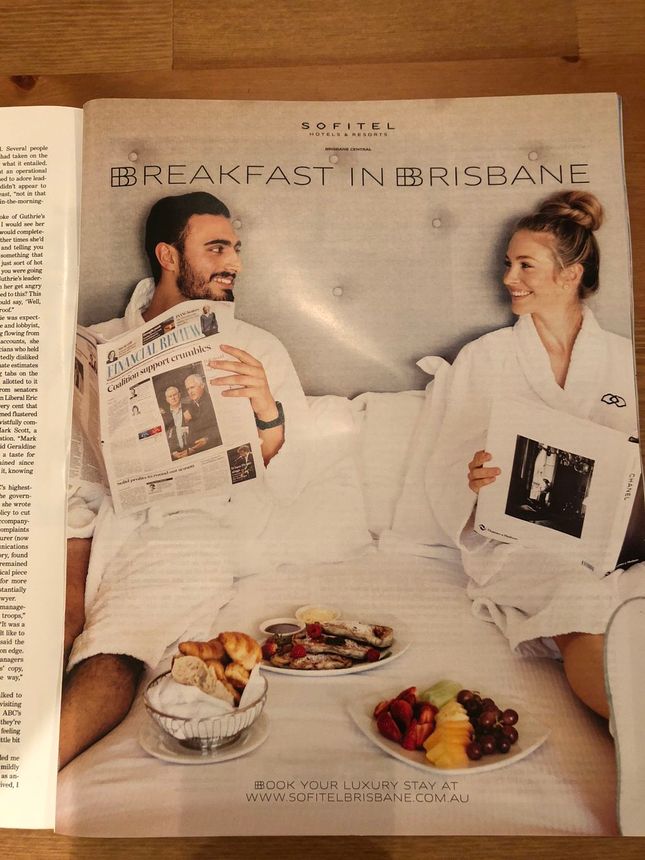 A hotel pulled this advert because it was ‘sexist’ and people have a lot of thoughts https://t.co/qdcMdHd3b7

Hotel chain removes advert after it was described as 'sexist' https://t.co/0v71UyxqVh

"Seriously misguided." Why people are furious about this hotel ad featuring a couple. https://t.co/lUGBQODZwI pic.twitter.com/EN9QzNW9ru