Back in August, the ASA ruled against Kellogg's advert for its new granola product on the basis that it breached rules against advertising HFSS (high in fat, salt or sugar) products. At the time, the ruling was interpreted as an unusual one on the basis that the granola product itself is not actually classified as a HFSS product. We also pointed out in this blog that the decision contradicted a finding by Ofcom at around the same time. In giving its decision, the ASA interpreted the association of the product with the "Coco Pops" branding, including "Coco" the monkey, alongside images of the milk turning chocolatey, as advertising the whole range of Coco Pops cereals (some of which, at the time, fell into the HFSS classification - although Kellogg's was working to reformulate these products).

Kellogg's subsequently asked for a review of the decision, arguing that the ad showed the granola product as being differentiated from the core Coco Pops range. In addition, the other products in the range have since been reformulated so that they are no longer classified as HFSS products.

Today, following the independent review process, and in an uncharacteristic U-turn, the ASA has cleared the ad of breaking any UK advertising rules. This was on the basis that Kellogg's were able to convince the independent reviewer that there was a "substantial flaw" in the initial decision.

Following the independent review, the ASA has now cleared the ad of breaking any UK advertising rules. “We considered that Coco Pops Granola was the focus of the ad throughout, including through the use of close-up shots of the product and product pack,” said the ASA. “We noted the ad drew attention to the milk ‘turning chocolatey’, a phrase used in ads in relation to Coco Pops original cereal and other [junk food] products in the range. [But] we considered it would be clear to both adult and child viewers that the product being advertised was Coco Pops Granola.” 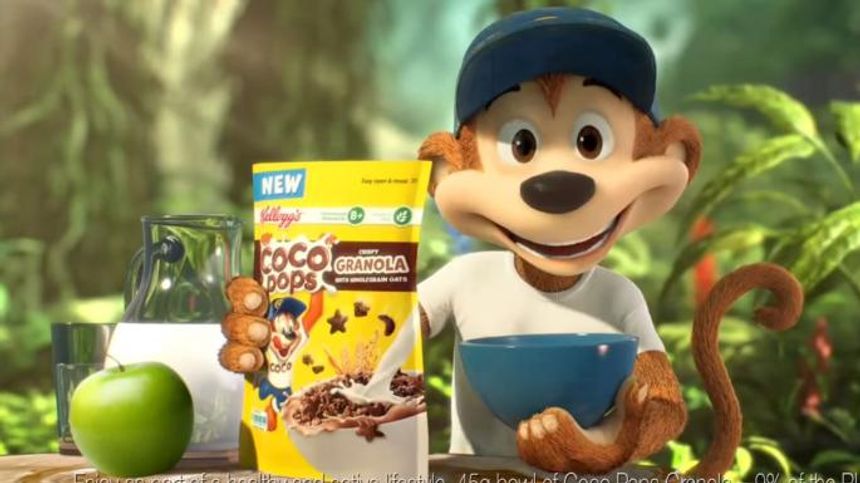 "When a large multinational food company uses its legal weight to fight rulings... the price is the future health of our children" says @OHA_updates

The ASA has reversed it's decision to ban the Coco Pops Granola ad. The product was not HFSS and it was ok to use the brand's Coco the Monkey character. https://t.co/PnRbeisyeQ