If you ever feel like the ASA has high expectations when it comes to substantiation (i.e. evidence to support your claim), spare a wee thought for Ecozone.

On its website, Ecozone claimed that its product, Forever Flush 2000, worked effectively for 'up to 2000' flushes. The product is an eco-friendly block inserted into a toilet cistern to help keep the toilet clean.

And how many people complained to the ASA about this claim? One. Who must be a bit of a Number Two.

In practice, it seems Ecozone went to some trouble to test and substantiate their claim.

First, they had carried out their own laboratory tests. Using what the ASA accepted was a "normal, household toilet with an 8–10 litre cistern", Ecozone could show that their Forever Flush product consistently released the formulation, as promised, for up to 2,160 flushes. It did so over the course of 24 weeks. The test had been carried out in 'laboratory conditions' (though presumably a loo in a lab works much the same as a loo in a home...).

Ecozone had also conducted a public survey in which ten households were given the product and reported that in homes similar to those in the laboratory test, it had lasted 23–24 weeks and in households with a higher number of people, it has lasted from 21 to 22 weeks.

All well and good. But the ASA wasn't satisfied.

In a decision which, frankly, stinks, the ASA decided that this substantiation wasn't good enough.

Had Ecozone conducted the test using a variety of hard water and soft water, the ASA wondered?  Was the claim true of different kinds of lavatories they mused? (I have no idea how many different kinds of lavatories there are).  What if the product had been left in the loo for longer than five and a half months they pondered...would it still work effectively for up to 2000 flushes?

One can't help but wonder whether the ASA has lost its sanitary over this. In fact, you are left wondering whether they are full of you-know-what.

But this robust approach by the ASA isn't just a flash in the pan. They take substantiation very seriously. And, yes, it's the duty of the advertiser to substantiate its claim, not the duty of the complainant to justify its challenge. Which is all well and good, but the requirement in the CAP Code is not that advertising must be completely accurate in absolutely all circumstances, by reference to the criminal standard of 'beyond reasonable doubt'. The basic requirement in Rule 3.1 of the CAP Code is that "Marketing communications must not materially mislead or be likely to do so." Ecozone had qualified its claim by the words "up to". For the company to conduct trials that dealt with every single eventuality set out by the ASA would cost a fortune and would be totally excessive for a claim which we would argue they have shown is not likely to be materially misleading. After all, this is toilet cleaning block, not a prescription medicine.

The moral of this story is that if you think you have enough support for your marketing claim, don't just apply a quick sniff test. Think on. You must play devil's advocate and consider whether you can prove the claim under various different real world scenarios and circumstances.

The job isn't finished until all the paperwork is done.

Frankly, you should also ask for help to respond to some of the more over zealous investigations. It would appear that the claim is on Ecozone's packing for the product, which means that any advertising pack shot that includes the claim will now be in the breach of the CAP Code. Ecozone therefore have to decide whether to change their advertising and therefore their packaging, conduct very expensive trials, or simply ignore the ASA and let them do their worst.

Like The Thinker, they have a great deal to ponder... otherwise they risk becoming a busted flush.

We reviewed the evidence submitted by Ecozone. We acknowledged that Ecozone had carried out testing of the product in laboratory conditions using a normal, household toilet with an 8–10 litre cistern, which showed that the Forever Flush consistently released the formulation for 2,160 flushes over 24 weeks. However, we considered that the testing did not show whether the same results would be achieved under different circumstances, such as with other capacities of cistern, types of toilet, time the product was left in the cistern, usage patterns or water hardness, or other factors which may cause the product to dissolve at a different rate. ...Testing the product under one set of variables only was not a sufficiently robust method of testing to ensure that the Forever Flush would achieve the same results in a significant number of different conditions. 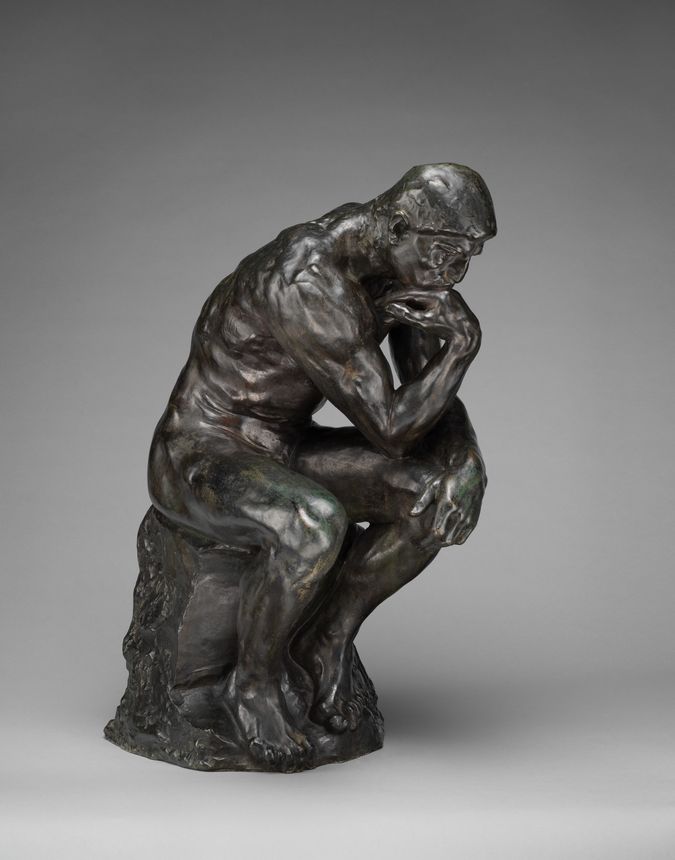