The Advertising Standards Authority has recently successfully defeated a judicial review application by a specialist broadband supplier, CityFibre, about the ASA's decision to allow the term 'fibre' to be used to describe 'part fibre' networks, as well as 'full fibre' ones. But should the ASA reconsider this policy nonetheless?

The case is unusual, because rather than arising from an ASA adjudication, it arose from a policy announcement based on consumer reseach commissioined by the ASA.

By way of background, its important to understand the distinction between 4 different types of broadband network. First, there's the old ADSL copper cable networks. OK for telephony, rubbish for data. Second, there's FTTC, or 'fibre to the cabinet'. A fibre optic cable takes the data from the local exchange to the street cabinet nearest your house, and then its back to copper cable for the last leg from the cabinet to your door. Next, there's 'Cable', which despite what you might think, is a bit like FTTC, i.e. not cable to your house, but cable to a nearby street cabinet and then copper coaxial able for the last part. So FTTC is better than ADSL and Cable is better than FTTC, but top of the tree is FTTP, or 'fibre to the premises', which does exactly what it says on the tin. Fibre from the exchange to your door.

And why does this matter? Because with a fully-fibre system, you'll get faster download speeds, faster upload speeds, more consistent speeds, better "symmetry" (i.e. the upload and download speeds are more similar), and better reliability. I could bore you with all the reasons for this, but if you want all that, you'll have to read the judgement for yourself. All 137 fascinating paragraphs of it.

In 2016, Ofcom stated in its Connected Nations Report that "The physical characteristics of full fibre networks mean that they are best placed to deliver reliable, ultrafast speeds both now and for the foreseeable future."

Then in 2017, the government published its UK Digital Strategy, which includes an ambition to build a "world-class digital infrastructure for the UK" and emphasised that effective regulation of advertising would be needed so that it "accurately describes the technology used, using terms like 'fibre' only when full fibre solutions are used." A government White Paper published very soon after the ASA's decision also stated "full-fibre is the gold standard for fast and reliable broadband."

All of this suggests that full-fibre is materially better than part-fibre. You may not be surprised to learn that CityFibre flog FTTP, so they were more than a little dischuffed when the ASA announced that it was OK to describe part-fibre systems, such as FTTC and Cable as 'fibre', just like FTTP. This approach might stike you as counter-intuitive, as we know what sticklers the ASA are for accuracy, particularly in view of the Ofcom and governmental pronouncements.

So why did the ASA decide its OK to describe FTTC and Cable as plain out 'fibre', masking the distinction with the far superior FTTP, fully-fibre technology? Because they followed 'the will of the people'.......What could possibly go wrong?

The ASA commissioned  research to find out what consumers thought about broadband services. It turns out that the respondents did not think that the term 'fibre' was very important when choosing a broadband package, but were more interested in issues like speed and price. From this, the ASA concluded that the 'average consumer' was not likley to be misled by the term 'fibre' if also used to describe 'part-fibre' services.

In other words, the ASA posed a series of questions about a highly technical, complex and multi-factorial set of issues to a cross-section of the Great British public and then based an important decison with significant consequences on their response. "Remind you of anything?"

Despite the fact that this policy decision seems to run contrary to the pronouncements of both Ofcom and Her Majesty's Government, Mr Justice Murray took back control and decided that the ASA had not erred in its understanding and application of the relevant legal test. He decided that the reasonably well informed, observant and circumspect average consumer is a hypothetical person, not a statistical test, i.e the person at the mid-point of public perspicacity. Or ignorance, as the case may be. The judge rejected the argument that to be reasonably-well informed, the average consumer needs to understand the distinction between part-fibre and full-fibre. He accepted that the sample of people used in the research were representative of the people the ASA were trying to protect, so that was OK.

Really? If consumers don't understand the advantage of full fibre over part fibre, particularly in relation to the impact on speed and reliability, surely that's not a good reason to allow them to remain in blissful ignorance? Surely they need more education, through better advertising, in order for the demand to be created for better infrastructure. That's the economic justification for advertising isn't it? Educate consumers to they can make informed decisions, promoting competition and innovation.

Surely if the 'average' consumer doesn't understand the significant differences between the services on offer, he may be average, but he's not reasonably well-informed?

Given the comments in Ofcom's Connected Nations Report and in the government's UK Digital Strategy and the White Paper, then even if CityFibre failed to clear the very high legal threshold required to win a Judicial Review, the ASA should look at this policy once again, and consider whether it really is compatible with the fundamental principles of the CAP Code. Without a clear distinction between full fibre and part-fibre networks, and an explanation of how that will affect broadband services, how can consumers make an informed decision?

"We welcome the Court’s decision which finds in the ASA’s favour on all grounds and dismisses CityFibre’s arguments. 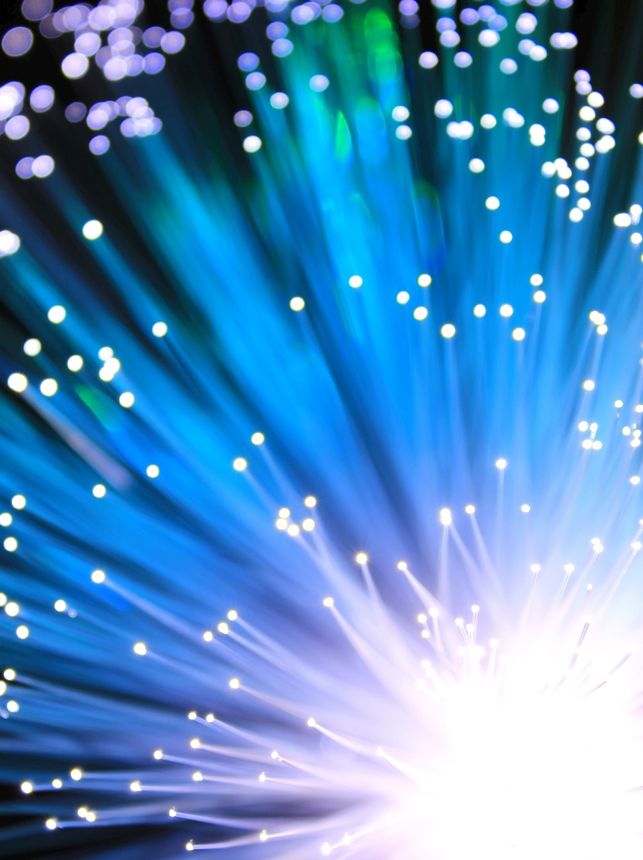 The High Court has supported our position on the use of the term ‘fibre’ in ads for broadband, as we successfully defended a judicial review brought by CityFibre. Read more: https://t.co/3uiCLhqfWr pic.twitter.com/NLlx8tvtbP