We all remember the controversial £350m claim on the side of the 'Brexit Bus'.

For those interested in advertising and marketing - and I hope that includes you, dear reader - this has been cited as a case study during several recent ad law training sessions.

It's a paradigm example of the kind of promotional message over which the ASA does not have jurisdiction. It is also clear that neither Trading Standards, nor the Competition and Markets Authority, nor the other regulatory authorities have been able or willing to intervene. The claim was clearly intended to sway voters in an important upcoming referendum but seemed immune from official scrutiny (other than by the press and public). Such claims, however outlandish and potentially unfounded, seemed impervious to any checks or balances. And this, despite the fact that the head of the UK statistics office told Boris Johnson that the claim was misleading at the time and should not be repeated. But brave Boris fearlessly followed the advice of his great hero, Winston Churchill, and decided that despite the blandishments of the bean counting civil servant, he would "Keep Buggering On!"

However, in an attempt to hold someone (specifically BoJo) accountable for this claim, it seems that some enterprising citizens are bringing a private prosecution. They are hoping to utilise the ancient common law offence of 'misconduct in public office', which has its roots in the thirteenth century. And in the dock (literally) will stand the Rt Hon Alexander Boris de Pfeffel Johnson MP... current favourite to take the reins as Conservative Party leader and Prime Minister in less than two months' time.

The ASA, regulators, the Government, politicians, journalists, the "selectorate" of the Conservative and Unionist Party, the entire nation, and anyone else you care to mention, will be looking on with great interest as this case progresses.  And progress it will, at least for now, because the District Judge has confirmed that it will proceed to Westminster Magistrates' Court and from there could go to trial in the Crown Court.

It seems unlikely that Boris will be staring down the barrel of a life sentence (the maximum sentence available). After all, if it doesn't go his way, Mr Johnson might be able to throw himself on the mercy of the European Court of Human Rights to protect his freedom of expression - though he had better be quick about it...!

All aboard for a fascinating (if obviously politically motivated) show trial!

I should make clear that we pass no judgment as to whether the claim "We send the EU £350 million a week, let's fund our NHS instead" was roBUStly substantiated or whether it was true and not misleading - we can now leave that to the courts.

**UPDATE**  The case against Boris has been thrown out, and doesn't seem to have damaged his campaign to be the next PM of the UK at all.

Boris Johnson has been ordered to appear in court over claims he lied by saying the UK gave the EU £350m a week. The Tory leadership candidate has been accused of misconduct in public office after making the claim during the 2016 EU referendum campaign. It is a private prosecution launched by campaigner Marcus Ball, who crowdfunded £200,000 for the case. Mr Johnson's representatives have called the case a "stunt" that is being "brought for political purposes". 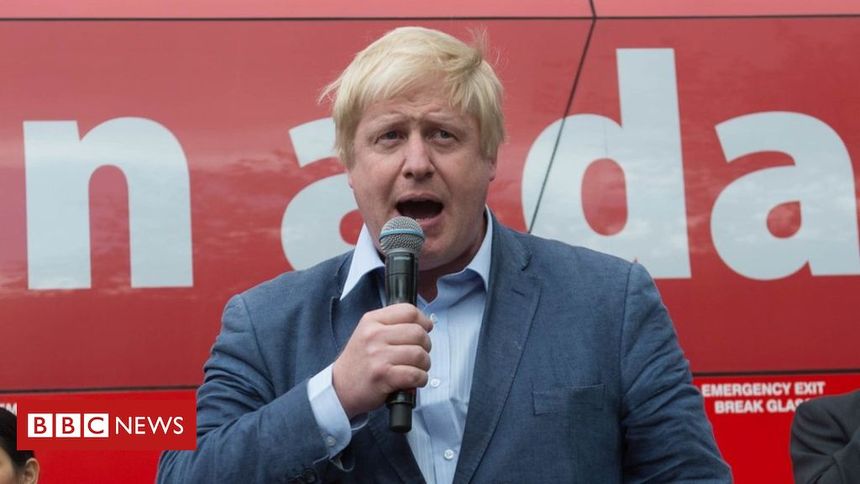