This morning the ASA has published its decision to uphold 10 complaints about an ad published on the side of a bus by People for the Ethical Treatment of Animals (PeTA) which made the somewhat outlandish claim "Don't let them pull the wool over your eyes. Wool is just as cruel as fur. GO WOOL-FREE THIS WINTER PeTA." The accompanying image showed a woman pulling on a roll-neck sweater over her head, which therefore covered her eyes. Geddit?

To be fair, there is nothing to suggest that the model is an employee of the ASA. But once again, PeTA have demonstrated themselves to be the masters of exploiting the self-regulatory system to promote their rather extreme views on animal cruelty and exploitation.

The production of this ad cannot have cost a lot of money and we have no way of knowing how many buses were exploited in its media plan. You know what its like when you're waiting for a bus with PeTA advert on the side. You wait for ages and then all of a sudden, one comes along on its own, because they only needed the one for the purposes of their PR campaign.

Then 10 obliging individuals are so outraged by this heinous claim equating the production of wool with the fur trade that they promptly submit their complaints to the ASA. Presumably these 10 people were all waiting for the same bus (outside PeTA HQ?)  and were all similarly outraged.

The result is a long, 700 word explanation by PeTA of its case against the wool industry, which seems partly to consist of beastly things done by the Australians. At least none of this antipodean cruelty involved balls and sandpaper. Thank heavens for small mercies. But imagine what PeTA would have to pay for the media space to convey those arguments.

This is then followed by over 370 words from the ASA, explaining why shearing sheep is not as cruel as killing mink. Thank goodness that's been cleared up.

So what we have is another example of an NGO apparently using the ASA to publicise their cause. To be fair to the ASA, they don't really have any choice but to investigate these campaigns, not least because of their concern that the public will donate to the NGO's on the back of unsubstantiated claims.

Ironically, perhaps the real sheep in this scenario are those of us who write comment pieces about ASA adjudications, giving further oxygen of publicity to PeTA. Like me. Baaaa....Hoist by my own PeTArd.

Ten complainants, who believed that sheep needed to be shorn for health reasons and therefore wool should not be compared to fur, challenged whether the claim “wool is just as cruel as fur” was misleading and could be substantiated 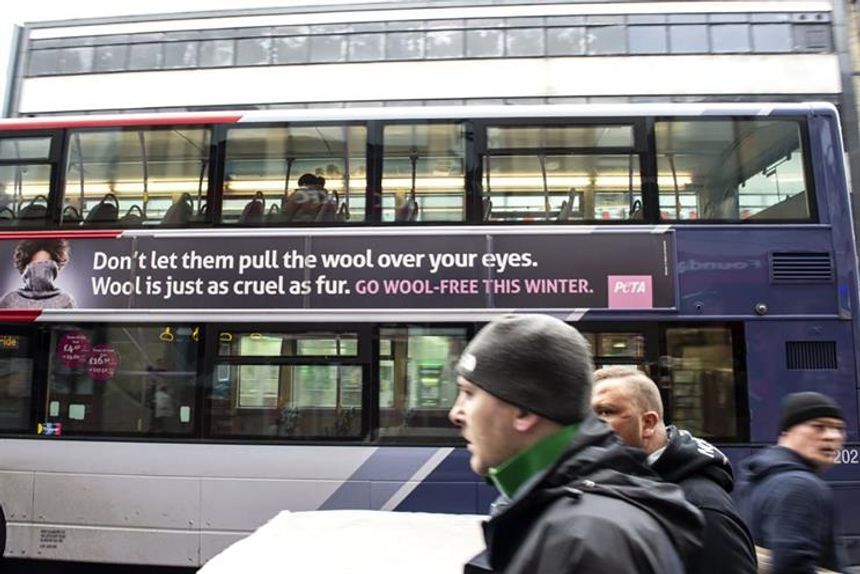 Peta ad banned by ASA for claiming wool is 'just as cruel as fur' https://t.co/iG7mqgTZA5 pic.twitter.com/sbajKkFMQz