A pattern is now emerging of the ASA rejecting complaints about social media campaigns for restricted products, such as HFSS and alcohol, where the advertiser and the influencer can prove that the activity is not inappropriately targeted at the under 18’s.

The latest case concerned Instagram posts by the influencer Tanya Burr promoting Heineken. Six people complained that Tanya Burr was popular with the under 18s and challenged whether the ads had been appropriately targeted.

If Heineken and Tanya Burr had only been able to rely on the self-declared ages of users of Tanya’s Instagram account, it is probable that the ASA would not have been convinced that they had proven the negative that is required, i.e. that activity was not inappropriately targeted.  Why? Because the ASA has never accepted that self-declared ages can be relied upon, given the propensity of children to lie about their ages when registering for social media accounts.

In this case, however, Heineken, Tanya Burr and Instagram were all able to provide data, including interest based data and demographic data, which showed that only about 11% of Tanya’s followers were under 18. On that basis, the complaints were not upheld.

Following on from last year's ruling which exonerated Ferrero Rocher in similar circumstances, this latest decision is comfort for advertisers and influencers of restricted products, that provided they have appropriate evidence about the age of their followers, the ASA will be satisfied that the media selection rules have not been broken.

Six complainants, who believed that Tanya Burr was popular with people under 18 years of age, challenged whether the ads had been appropriately targeted. 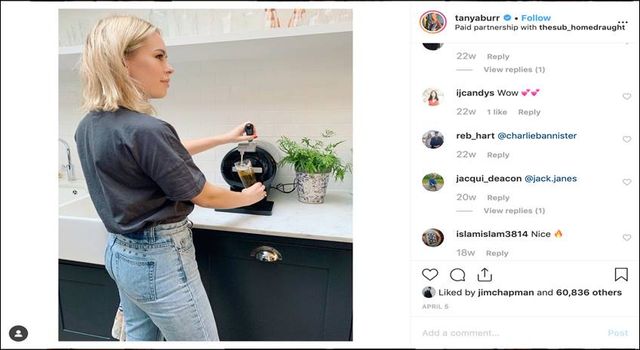