The UK’s largest fast-fashion brands, Missguided and Boohoo, both had ads banned by the ASA this week for “objectifying women” and being “socially irresponsible”

Personally I couldn't get into Love Island.  The way it depicted woman as sexual objects bothered me, but also the targeted adverts shown during the show.

Yesterday, the ASA banned the Missguided VOD ad shown between Love Island episodes that presented its swimwear in an "overly-sexualised way that invited viewers to view the women as sexual objects".

Missguided sell clothing. The ASA noted however that the ad comprised of several highly sexualised scenes showing no clothing, in time with the words "If you plan on wearing clothes this summer...we've got you covered...kind of".

Some of those scenes include a close-up of model's mouth running a strawberry over her lips; a woman in a bikini sitting in the sea with her legs apart as she ran both hands down her legs; and a woman in a thong bikini sprawled out over a motorbike which “presented her as merely a decoration to the bike".

And the on screen text stating "SCORE 25% OFF WITH CODE BABE25".

The ASA concluded women in those scenes were not presented as empowered confident young women, and it was seriously offensive, even for those who do enjoy Love Island.

The ad was banned, and Missguided told not to objectify women in their ads again.

Boohoo's ad was a marketing email with the subject heading "Send Nudes 👀" .

No context was given but according to Boohoo it was meant to describe the colour that resembles skin.

The ASA held however it could also be understood as referring to requests for sexual photos which can be a form of sexual harassment.

The ad is aimed at a relatively young audience who were more likely to be harmfully affected by pressure to share sexual images of themselves. The ASA commented it was likely to be especially disconcerting for those who may have personal experiences of being asked to "send nudes".

It is worth noting that the ASA acknowledged that Boohoo had actually taken steps to reduce the likelihood of under 18's seeing the ad - you have to self-declare you are over 18 if you want to purchase on the website. It's not surprising this was not enough to sway the ASA that young teenagers were still being targeted.

The ad was also banned, and Boohoo told to ensure their ads were socially responsible.

Shift in sexual and sexist advertising?

It is comforting to see more and more ASA decisions that ban sexist, overly sexual and socially irresponsible adverts, especially where the target customers include teenagers. And that applies to both men and women.

It's unlikely these decisions will immediately sway advertising practices of fast fashion labels, but it is a step in the right direction.

in many of the scenes the women looked seductively at the camera with their lips parted and their poses were sexually suggestive – in particular in the scene of the model sprawled out over the bike which presented her as merely a decoration to the bike. We did not therefore agree that the women in those scenes were presented as empowered, confident young women. 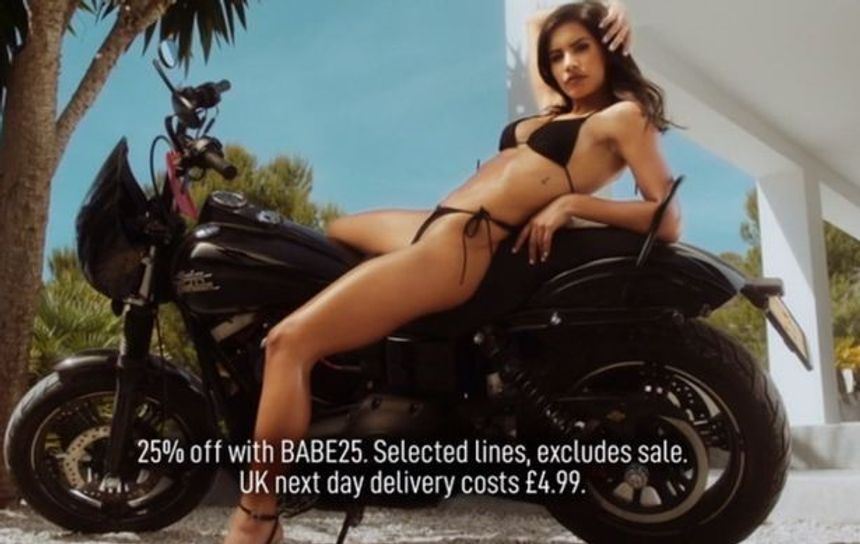