It has recently been reported that the Florida chapter of the Society of Professional Journalists (SPJ) has applied to trade mark the term “FAKE NEWS” in the US in hopes of stopping President Trump from using the term haphazardly.

The SPJ is the oldest and largest journalism advocacy organisation in the US and has had enough of Trump's popularisation of the FAKE NEWS expression, used to refer to every media statement he doesn't like. According to Factba.se, Trump has used the term over 1,200 times since taking office, which works out to be an average of more than once per day.

Our independent trade mark searches have noted that the US applications have been filed in the names of individuals (as opposed to the official SPJ name) and are applied for random things like 'pens'.

Overall it is acknowledged that the trade marks are unlikely to succeed, however it is hoped that the stunt will encourage conversation generally about Trump's use of the term and more importantly about what FAKE NEWS really is.

This hasn't stopped the SPJ from sending Trump a formal (open) Cease and Desist letter, which reads “You may not be aware, but your misuse of the term FAKE NEWS (TM pending) has greatly confused the American people and shaken their trust in the journalism that’s so vital to our democracy.”

Here’s a tip for the commander in chief: Just because you don’t like a piece of information or it makes you look bad, doesn’t mean you get to call it fake. 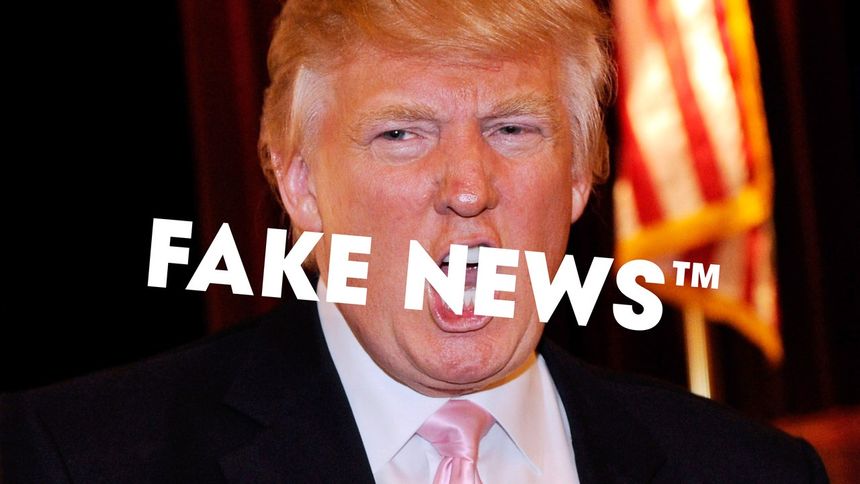 "If anyone accuses us of trolling the president, well, nothing else seems to work with him, so what do we have to lose?" –@emdrums https://t.co/NbtkVDXO8g

In this op-ed for @teenvogue, @SPJFla President @emdrums explains why the chapter decided to use satire and humor to tackle "fake news." https://t.co/yn8ii1J8to

We’re Trademarking "Fake News" to Stop Trump From Using It(Well, it is a fake president who “won” a completely fake election in 2016...in a former democracy) https://t.co/XOnJu8SOrR via @TeenVogue