You’ll be shocked to hear that brands wishing to promote aspirational products, aimed at people who fall into more affluent demographics, might have to put up with a bit of criticism on social media.

In relation to this Peloton ad, social media users have become particularly... exercised... with some even comparing it to the dystopian TV show, Black Mirror.

The controversy appears to have cost Peloton dearly, at least in the short term.

But Peloton is a new business, and this is a marathon not a sprint.

Conceptually, the idea of a male character giving his female partner an exercise bike for Christmas could be sexist in some circumstances. For example, if there was a strong implication it was because he wanted her to lose weight, or if she desperately wanted to use it to please him, and so on; but is that really the message in this ad?  I don’t want to be accused of soft-pedalling, but perhaps the problem here was simply that the overall message just wasn’t clear enough.  Some virtue signalling might actually have done some good.

The ad certainly won’t be remembered for advancing the cause of gender equality, but, getting back on track here for a moment, in my view the ad does not fall foul of the UK ban on “gender stereotypes that are likely to cause harm, or serious or widespread offence”.

That rule doesn’t call for every ad to engage in virtue signalling, but advertisers do need to consider the potential subtext of any ad.  Worthy ideals at the brainstorming stage can get lost in the process of creating an ad, but it’s really only the final ad that counts. No one gets to see the working out!  If the final ad doesn’t reflect all those good intentions, they count for nothing.  Once an ad is out there, it’s too late to back pedal.

At the risk of gripping too firmly to this latest social media bandwagon, there might be a few other useful lessons to be learned from Peleton’s experience. Not least of which is to be mindful that it isn’t just your target audience which will see your ad, or react to it.

Also, not everyone in the world shares the same ideals.

Perhaps we could all reflect on this last sentiment - in this crazy world, it just might help us keep a sense of perspective before we fly off the handle at the next ad.

And before we take this all a bit too seriously, as well as citing some pretty authoritative legal spokespersons...ahem... The Guardian reports that:

”The ASA... [has] so far received just one official objection to the advert. But the complainant did not take issue with the advert’s apparently sexist tone: their problem was that the woman featured appeared to be cycling faster than humanly possible.”

The 30-second advert – titled “The gift that gives back” – was first released in mid-November, but this week a storm of criticism gathered pace online, and even inspired a series of spoof video remakes. 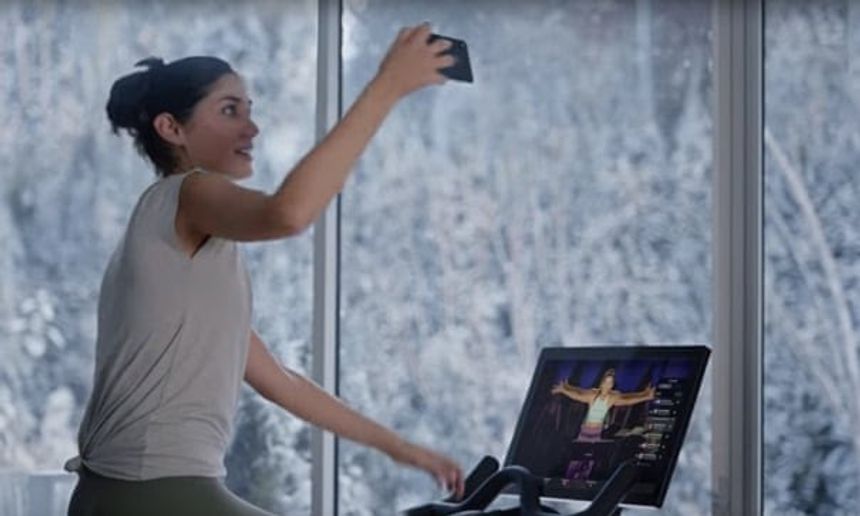