Earlier this week, Crown Media Family Networks announced that they would remove an ad for wedding registry and planning site Zola, which had been running on their Hallmark Channel.

The reason?  It depicted a same sex couple.

The ad showed two women getting married, and the brides shared a ceremonial kiss at the altar after declaring 'we do'. It was one of a series of six ads, four of which were due to depict same sex couples in some capacity.

Crown Media's decision to remove the ad came as a result of a campaign by 'conservative' pressure group 'One Million Moms'.  That group had called for a boycott, which clearly spooked Crown Media.

After pulling the ad, Crown Media was heavily criticised on social media by high profile stars such as Ellen DeGeneres, who tweeted: “Isn’t it almost 2020? What are you thinking? Please explain. We’re all ears,”

With the ban in place, there were renewed calls for a boycott of the channel, this time from supporters of diversity, inclusion and equality, which saw #BoycottHallmark trending on Twitter.

Hallmark listened, and performed another U-turn; this time issuing an apology and saying it would reinstate the adverts.

Mike Perry, president and CEO of Hallmark Cards, said in a statement: “The Crown Media team has been agonising over this decision as we’ve seen the hurt it has unintentionally caused. Said simply, they believe [in relation to the decision to pull the adverts] this was the wrong decision. Our mission is rooted in helping all people connect, celebrate traditions, and be inspired to capture meaningful moments in their lives. Anything that detracts from this purpose is not who we are. We are truly sorry for the hurt and disappointment this has caused.”

Hallmark's CEO went on to say that Hallmark would be working with advocacy group GLAAD to “better represent the LGBTQ community across our portfolio of brands. It also intends to re-establish its partnership with Zola and reinstate the commercials. Across our brand, we will continue to look for ways to be more inclusive and celebrate our differences.”

While it is unlikely Hallmark has won many fans with its indecisive approach, ultimately the company appears to have reached a point of contrition and clarity. It is hoped that this was as a result of the company's own ethos and values, and not a reaction to the even higher profile threats of an even bigger boycott.

As far as equality and diversity advocates are concerned, Hallmark's card is marked, so it will now need to stick closely to its most recently stated principles.

At least the debacle has served to showcase a pretty decent and amusing LGBTQ-inclusive advertisement.

You can view the ad here

While writing, my colleague Brinsley Dresden was busy Passling about the same issue. To read his take on this, click here.

A TV channel has apologised for its decision to withdraw an advert showing a lesbian couple kissing. The Hallmark Channel reportedly removed the advert, for wedding registry and planning site Zola, following pressure from the conservative group One Million Moms. 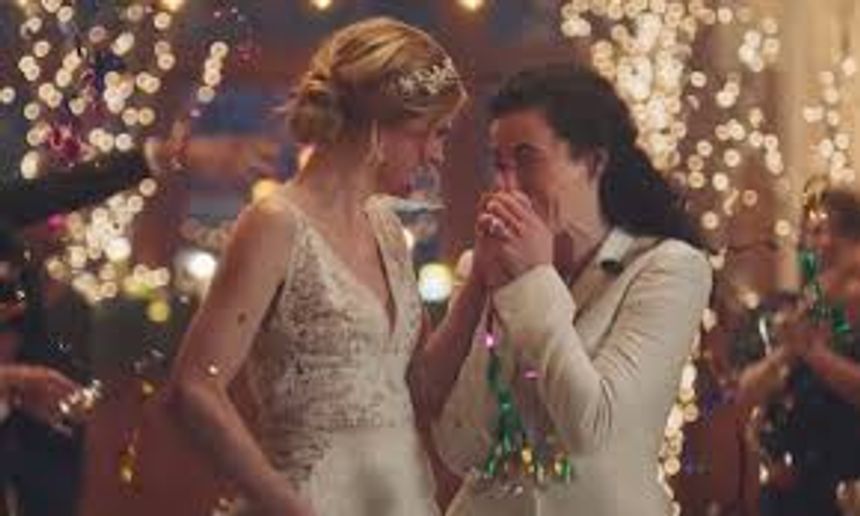 Shout out to @Zola for being inclusive and representing our community. #RepresentationMatters
pic.twitter.com/YlDF58jdNU

GLAAD released a statement criticizing the decision: "The Hallmark Channel’s decision to remove LGBTQ families in such a blatant way is discriminatory" https://t.co/FKCX2PJKep

Hallmark said it would be "working with GLAAD to better represent the LGBTQ community" after pulling an ad with two brides it said was too controversial.https://t.co/L7LNVaA4bD

There was immediate criticism on Twitter. Ellen DeGeneres asked Hallmark: “Isn’t it almost 2020? What are you thinking? Please explain. We’re all ears.”https://t.co/K008Buv6GB