2019 started with the Competition and Markets Authority (CMA) investigation into 16 social media influencers who had allegedly breached the Consumer Protection Regulations 2008 by failing to disclose that their posts had been paid for by brands. The typcial mischief involved a fashion blogger failing to disclose that an item of clothing tagged in an Instagram post was actually a gift from a brand, rather than an item bought with the influencer's own hard-earned (ahem) cash. Illegal? Yes. Worthy of regulatory action? Yes. A hanging offence? Well, not really; so resolution of these investigations by the influencers giving undertakings to mend their ways seemed like an appropriate and proportionate outcome.

Then in the course of the year, we've seen the Advertising Standards Authority (ASA) take action against social media posts that contained the requisite disclosures, but contained other serious problems. In July, in the adjudication against Sanofi and Thismamalife, the ASA found that the advertiser and influencer had broken the rules about using celebrities to promote medicines, in this case an over-the-counter drug to help with insomnia. And in October, the ASA upheld complaints against the dietary supplement company BoomBod and its influencers Katie Price (the sometime author, TV 'personality' and 'glamour' model formerly known as Jordan) and Lauren Goodger, who I am reliably informed is a 'reality TV star', whatever that may be. In this case, they had been making claims for a dietary supplement that broke the EU rules about Health and Nutrition Claims for foods, as well as irresponsibly promoting weight loss products. In both the Sanofi and BoomBod cases it is arguable that the damage done merits a more serious sanction than the reputational hit that can be inflicted by the ASA. This is not a criticism of the ASA, just an observation that in some countries, such as the USA and Australia, it is possible that they would have been facing criminal prosecutions and fines.

And now, as 2019 draws to a close, comes the news that the Financial Conduct Authority (FCA) has issued warnings about influencers promoting unregulated financial products on social media. The reports in The Times refer to 1-to-1 Trading and ash.trades, which it describes as unregulated, high-risk foreign exchange services. Being unregulated by the FCA means that they are also outside the remit of the Financial Services Compensation Scheme and should not be promoted to consumers. It is reported that the FCA takes this problem so seriously that it is intending to launch an advertising campaign on social media to warn people about the dangers of investing in scams. Gosh. Well that should do the trick, for sure!

One of the influencers named in The Times is Marnie Simpson of the TV reality programme Geordie Shore. She is quoted as posting in a video link, "So you all know I have been trading with Ash now for a really long time and together we have been making some crazy profits. Him and his clients make over £10,000 a month. He’s probably one of the best around for this, guys, honestly, so swipe up now, you can get more info, and speak to him direct, and give him a follow and a message.”

This is the same Marnie Simpson who has been the subject of at least 3 separate ASA adjudications in recent years, usually about failing to disclose the commerical nature of social media posts.

There is very serious mischief at work here in relation to influencers earning thousands of pounds to promote unregulated financial products, but which have the potential to cost their unwary followers thousands of pounds too. Surely if the CMA is going to enforce the criminal law against fashion bloggers for failing to tell followers that their favourite jacket was really a freebie, then the FCA should be making a very public example of influencers who are happy to take money for promoting unregulated financial products. Otherwise, What-The-Acutal-Financial-Regulation are they enforcing?

The FCA believes 1-to-1 Trading and ash.trades are “carrying out regulated activities which require authorisation”. The companies are unregulated, so are not covered by the Financial Services Compensation Scheme (FSCS), which covers up to £85,000 of deposits in regulated institutions. 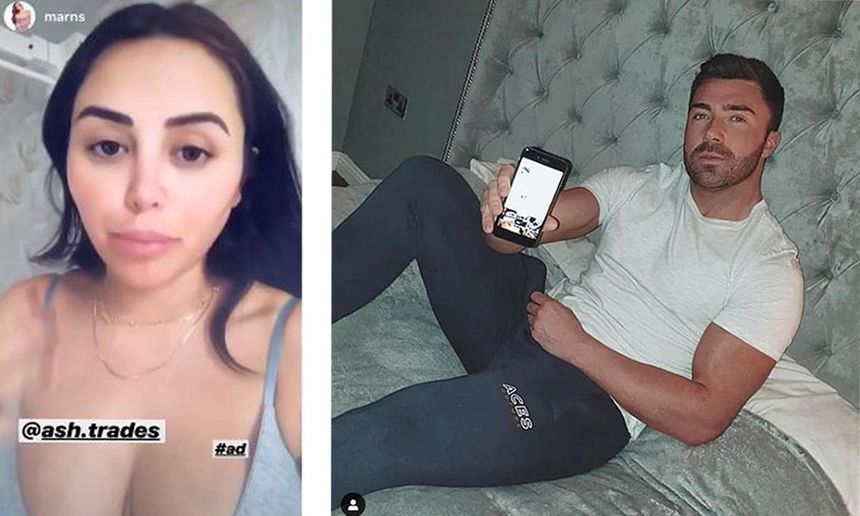 The celebrities exploiting their fans by promoting “get rich quick” schemes on Instagram. My ⁦investigation in ⁦@TimesMoney⁩https://t.co/cr0q4dz30n