While alcohol promotions might not seem like a priority at present, the UK government has listed off-licences as essential stores under the coronavirus legislation, and CAP has issued guidance on alcohol promotions in Scotland and Wales.

The Alcohol (Minimum Price per Unit) (Scotland) Order 2018 introduced minimum unit pricing for alcohol in Scotland after a lot of controversy and various court hearings up to the European Court of Justice.

The Public Health (Minimum Price for Alcohol) (Wales) Act 2018 was passed in 2018 and created the legal framework to introduce similar minimum pricing in Wales. This year the implementing regulations were passed, which set the minimum unit price of 50p and 2 March 2020 as the effective date for its introduction. The law applies to all businesses, organisations and persons required to hold a licence for alcohol. The minimum unit price in both countries is now 50p. The legislation includes a formula for how the applicable minimum price must be calculated. This formula is made up of the minimum unit price, the percentage strength of the alcohol and its volume.

This means that promoters need to take care about the sorts of promotions they run in Scotland and Wales.  In general, promoters may feel that it is safer to avoid giving away alcohol as a prize and either give away branded items or some other prize. If they do want to run alcohol promotions, it can lead to challenges when they wish to run UK-wide promotions or need to ensure that promotions are targeted to the relevant territory or that products carrying the promotion are not distributed to Scotland or Wales by mistake.

As a result of such challenges, CAP has now produced guidance on the issue. This sets out a summary of the laws in Scotland and Wales as the requirements of the CAP and BCAP Codes. In particular, the Codes say that marketers must not state or imply that a product can legally be sold if it cannot; and that marketing communications must not materially mislead or be likely to do so.

The placement and content of advertisements and other marketing communications for alcoholic drink promotions in Scotland and Wales should be given careful consideration by advertisers, agencies and media owners.

With this in mind, CAP and BCAP advise that it might be appropriate to include a disclaimer on advertisements and marketing communications which are likely to be seen in Scotland or Wales and also those seen in other parts of the UK by consumers who may subsequently travel to Scotland or Wales. It may not always be necessary to include disclaimers, for example in non-Scottish or non-Welsh regional media where an advertiser or marketer has a strong expectation that their advertisement will be seen or heard in a regional context. As examples, it would be wise to add a disclaimer to a product carrying the promotion that might be sold in Wales or Scotland, but it would be fine to run a promotion in an English regional newspaper.

It is also worth bearing in mind the wider rules and techniques on targeting.  Alcohol retailers and producers will already be acutely aware of ensuring that ads are not seen by the under 18s, and such techniques may be able to be used to help with avoiding directing ads to the “wrong” territory.

Although if you ask any self-respecting person from the Celtic fringe, they'll tell you that the "wrong" territory is neither Scotland or Wales; it's England!

CAP and BCAP advise that it might be appropriate to include a disclaimer on advertisements and marketing communications which are likely to be seen in Scotland or Wales and also those seen in other partsof the UK by consumers who may subsequently travel to Scotland or Wales. 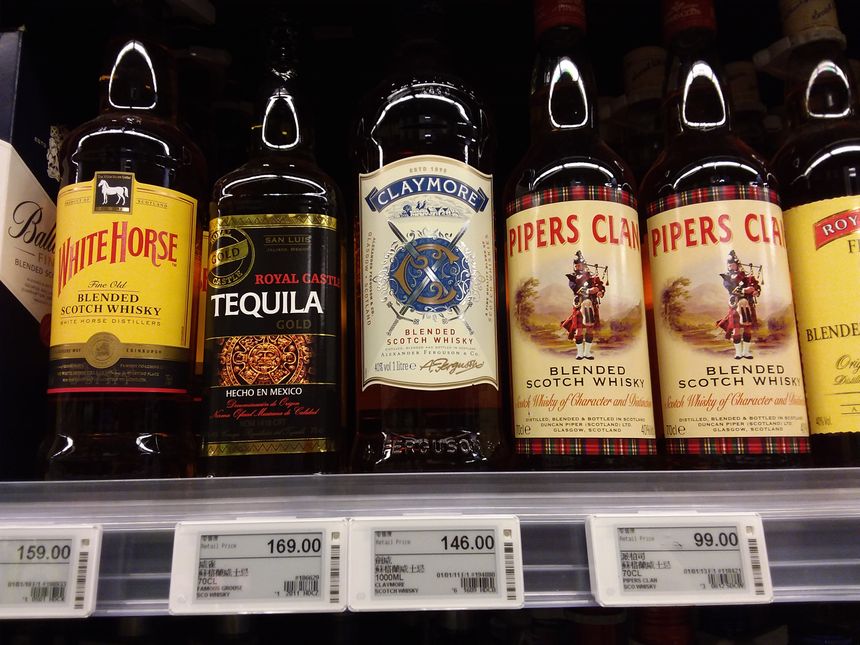