An ad for a Dutch e-bike brand has been banned by the French ad regulator for allegedly discrediting the entire car sector.

I know: it’s a Dutch ad, broadcast in France and decided by the French regulator. But bear with me - the ASA has been notably quiet on rulings this week and, anyway, it’s an interesting one, especially in the current climate…

The TV ad (watch here) promotes the Dutch e-bike brand Van Moof through the use of glossy images of slick, sporty looking cars emerging and disappearing into what looks like molten metal - all in slow-mo to the beat of a moody soundtrack. It looks like your typical stylish car ad.

But, look closer, and you’ll see that the cars are superimposed with scenes of heavy industry, smoke-spewing chimneys, car accidents and traffic jams that would make your eyes water (if they weren’t already from all the carbon monoxide in the air, it seems...).

As the realisation dawns, the soundtrack seems to turn from moody to mournful as Van Moof proclaims it’s “time to ride the future” and ditch that car for a more environmentally friendly (power-assisted) bike.

The French regulator clearly didn't like the ad and you might wonder if the advertiser might have been better off focusing on a more positive message that we are starting to hear more and more at the moment: get yourself a bike and enjoy a COVID-free commute!

What struck me most about the ruling were the strong words in apparent defence of the automotive industry:

“Some images in the reflection of the car are, in our opinion, unbalanced and discredit the entire car sector. The images of factories/chimneys and an accident create a climate of fear.”

Usually ad regulators are quick to clamp down on car ads making environmental claims (and any other claims for that matter), even where they may have pretty decent substantiation. In the UK, the ASA sets a very high bar, especially for green claims, and many car manufacturers have found themselves on the wrong end of a ruling or two, perhaps unfairly so at times (see here for example). However, what the latest French ruling suggests is that if anyone is going to panel-beat the automotive industry for its environmental track record, it’s going to be them, thank you very much. And, given that car manufacturers, like everyone else, are emerging from a financially crippling lockdown, perhaps now is not the time.

Would the ASA have made the same decision as the French regulator?

The French ad code specifically prohibits the exploitation of fear and suffering in advertising and it was on these grounds that the ad was banned (although the regulator seems to have taken issue in particular with the way the ad criticised the automotive industry as a whole). Whilst we have similar rules aimed at encouraging social responsibility and prohibiting ads that cause fear and distress, these don't get us to quite the same place, and I'm not sure the ASA would come to the same conclusion if the ad was broadcast in the UK.

Of course, I might be wrong - and we may well find out if I am. Apparently the ad wasn't banned in Germany or the Netherlands when it ran there, so it may be only a matter of time before we see it on our own screens. Watch this space!

Some images in the reflection of the car are, in our opinion, unbalanced and discredit the entire car sector. The images of factories/chimneys and an accident create a climate of fear... 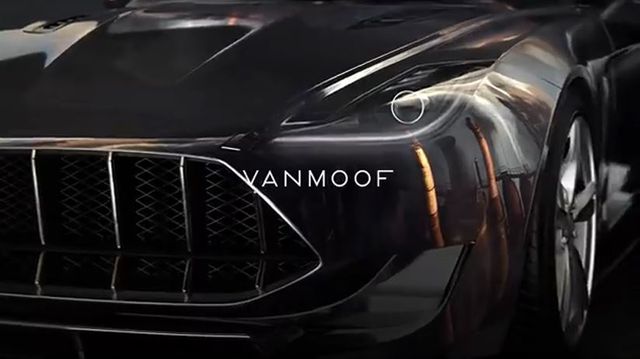