Just yesterday, Geraint and I were discussing the challenge faced by agencies creating ads for clients, when the attitudes of those clients may be considered pre-ante diluvial, at best. This is particularly challenging when working for clients from parts of world that do not even aspire to achieve equality, whether on the basis of gender, ethnicity or sexual identity.

And then lo-and-behold, it is reported in today's Times (from behind the pay wall, I'm afraid) that a Russian MP, Yekaterina Lakhova, is trying to convince President Putin that the sale of a particular brand of ice cream should be banned. She argues that it breaches Russia's "gay propaganda” law because the ice cream brand is called Rainbow and uses multicoloured branding.

She is also reported as making two quite staggering comments. First, Ms Lakhova, who despite being head of Russia’s Union of Women appears to take a narrow view on issues of equality, said that ads for the green, indigo, yellow and violet ice creams normalise the LGBT rainbow-coloured flag in the eyes of children. This echoes the concerns of campaigners in this country about ads for pay-day loans and gambling normalising those services in the eyes of children, except that even if she's right, this would not be normalising pay-day loans or gambling, but equality and human rights. Some things should be normalised.

She then continues to make the extraordinary statement that “I have the same negative feelings about the rainbow as I do about the swastika.” So the swastika, the symbol of Nazi Germany, a regime whose invasion of Russia led to the deaths of literally tens of millions of Russians, reminds her of the LGBT rainbow. Seems a bit harsh, but she is apparently going to consult with some 'experts' to help ascertain if the Rainbow ice cream packaging contains “forbidden” images. It is not clear whether these are experts in law, or in homophobia, or in homophobic law.  To be clear, homosexuality is not illegal in Russia, but it is illegal to “promote non-traditional sexual relations” to children. This is reminiscent of our own infamous Clause 28 law from not so many years ago, so we should probably hold off on the self-congratulation.

Mr Putin has said action should be taken if the ads are found to break this law.

The response from the advertiser is also slightly disappointing. Armen Beniaminov, the deputy director of the Chistaya Liniya, who manufacturer the ice creams, said “For us, a rainbow is the sun after the rain and a good mood.” It would have been preferable if he had questioned the legitimacy of the law, as well as the bonkers swastika comparison. Wisely, he didn't say that the curved shape of the rainbow is clearly more reminiscent of a sickle than a swastika, albeit one that has been parted from its hammer. That probably wouldn't have gone down too well.

The serious point is that as agencies in the UK strive to improve their business practices by removing discrimination in both recruitment and casting for productions, there are likely to be some tough choices to be made when representing clients from parts of the world that do not share our values of equality. Indeed, they are likely to reject our values as irrelevant cultural imperialism from the perspective of their countries.

“For us, a rainbow is the sun after the rain and a good mood.” 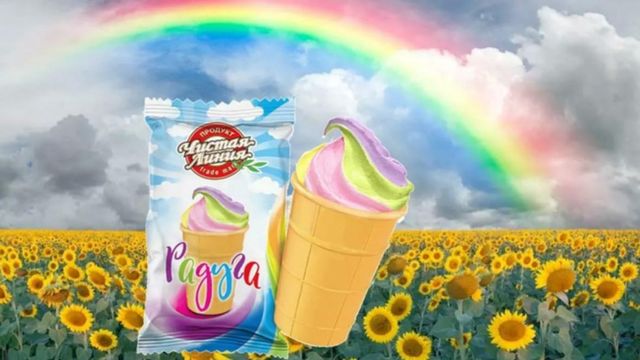 A former MP said that adverts for the ice creams could result in children becoming “accustomed to” the LGBT rainbow flag https://t.co/HS6CIJSK0c

Buy Now Pay Later: FCA regulation looms... what would this mean for those offering this form of payment option?
James Gill
repost  cancel