If you’re at all like me, a new video will have been filling up your newsfeed with tags like ‘#finally’ or ‘never have I felt so seen’. The viral advert making the rounds packs an emotional punch as Bodyform once again takes the lead in the conversations about periods. This striking ad tackles the pain, the joy, the stigma and the simply mundane that comes with having a womb.

In 2017 we wrote about Bodyform’s ground-breaking (but not really if you are a person who has ever had a period) decision to use red coloured liquid to represent blood, moving away from the alien-coloured bright blue that really gave the term ‘moon time’ a whole new meaning. When the red liquid graced Australian screens, the ad clocked up a massive 600 complaints to Ad Standards, the Australian equivalent of the ASA. The new ad will be a great litmus test for how far the conversation has moved on.

As part of Bodyform’s new campaign #wombstories, this 3 minute ad decides to tackle taboos head on. It shows the things women frequently choose to do with their bodies but don’t talk about, such as IVF or to not have children. It also illustrates times where there is no choice and frequently no voice: miscarriage, endometriosis, menopause. A creative range of illustration styles show what is going on inside the body, setting the tone for the spectrum of experiences women can have. The ad is designed to break the silence across the board on women’s sexual health.

This campaign is really trying to cover all women: with girls in puberty right through to women going through the menopause and a same-sex couple leading with the most compelling storyline. It’s also just fundamentally relatable, with everyday annoyances mixed in with the more emotive messages.

This ad is designed to start a conversation, not just sell a product, and to be honest I think it’s doing a pretty good job of both. As fun as the period metaphors are (while researching this article I came across an absolute gem used by some French speakers- 'Les Anglais ont debarqué!'), it’s high time we move away from the ridiculously coded way we talk about women’s health and speak openly, and that is what #wombstories is asking us to do.

Have a watch and see what you think.

“We want to boldly go where no other brand has been before; inside women’s bodies and emotions to truly represent their sensations and feelings that we believe are not only invisible but ignored, overlooked or denied. #wombstories reveals the narrative inside and out and we hope to put these topics on the table for all to talk about.” 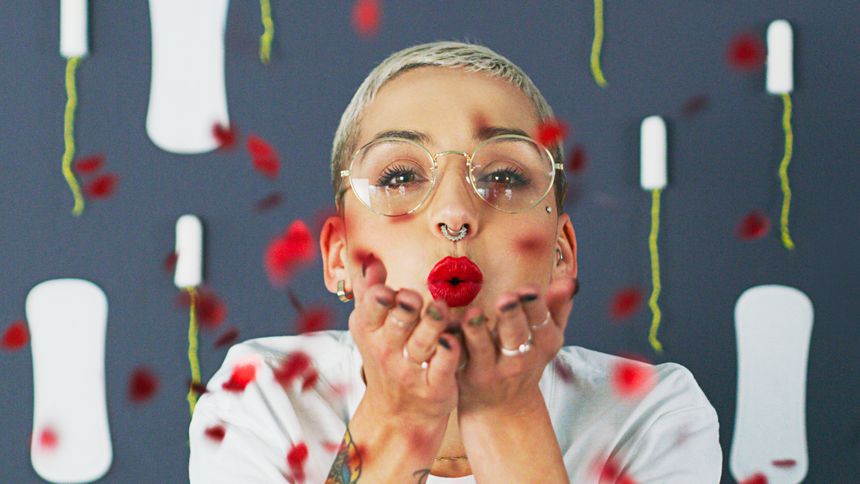 Female bodies can be a challenge. Bodyform advert hailed for tackling menstruation taboos, endometriosis, infertility and miscarriage | The Independent https://t.co/2wZuhQVRnl

THIS!!!!! THANK YOU!!!
Bodyform's new ad praised for debunking taboos around periods and miscarriage https://t.co/nIIt5S706h

It's fantastic to see how much coverage the new @bodyform advert has received - and so heartening to see such a wide range of women's sexual health experiences featured in the media.

Here's to smashing those taboos!https://t.co/wgtR0Dfk6p