The government has now published its grandly titled policy paper, "Tackling obesity: empowering adults and children to live healthier lives" to much fanfare and precious little media scrutiny. We've all heard government announcements when they promise to spend millions on a worthy cause, only for some kill-joy to pop up and point out that these are actually the same millions that the government promised to spend the previous week. Well, here we are again: Boris has boldly announced he's banning HFSS food advertising on TV before 9p.m., with the specific intention of protecting children. But in reality, TV ads for HFSS foods around programmes aimed at kids before 9 p.m. have been banned since 2007, so is this announcement a significant development? It is not just disappointing, but actually rather worrying that the coverage on the BBC and in the broadsheets has failed to question whether this is another example of Boris's boosterism: just bluff, bluster and baloney.

So for 13 years, the BCAP Code has forbidden television advertising before 9 p.m. for foods high in fat, sugar or salt (HFSS) in or around programmes with an audience comprising 25% or more of people aged 16 or under. The system for defining foods as HFSS is based on nutrient profiling, which throws up some surprising results. Cheese, for example, is an HFSS product, as is Marmite. Will preventing adults from seeing ads for Marmite before 9p.m. really much of a dent in the national waistline? Somehow, I doubt it.

The current system is very effectively enforced because Clearcast applies a particular code to HFSS TV ads so that the advertiser, its media buying agency and the media owner will all be clear that the ad is subject to this restriction. In the 13 years since this ban was introduced, our research indicates that there have been no ASA investigations about TV ads for HFSS foods before 9 p.m. in breach of the media placement rules, let alone upheld complaints. In fact, the ASA media placement rule has been media neutral since 2017, when it was extended to cover non-broadcast ads, and although there have been a few investigations about ads for HFSS foods online and on posters, the number is surprisingly low, and not all the investigations have led to upheld complaints.

The long standing criticism of the current position is that that ban does not apply to programmes broadcast before 9 p.m., but which are not caught by the current definition of "programmes commissioned for, principally directed at or likely to appeal particularly to audiences below the age of 16." There is a reasonably scientific way for assessing 'particular appeal to children' based on audience data, but campaigners assert that it does not capture specific shows that are popular with children, such as The X Factor and Britain's Got Talent. Personally, I would advocate banning the shows, rather than the advertising, but that appears to be a proposal that is unlikely to gain traction.

The Obesity Health Forum, for example, have published "An analysis of adverts shown during a week of ‘Britain’s Got Talent’ live shows". The Forum assert that "A child who watched all six episodes up to 9pm would see over 22 minutes of unhealthy food and drink adverts – which could lead to them eating over 300 additional calories." The key word in that sentence is 'could' and this proposition seems to making a logical leap that does not stand up to scrutiny.

Nevertheless, this does seem to explain the purpose of the proposal: it is not intended to protect adults, but children watching any TV before 9 p.m., regardless of whether it is aimed at them. However, the Advertising Association has quoted the government's own research which shows that a move from the current restrictions to a blanket 9p.m. ban would reduce a child's calorie intake by 1.7 calories, equivalent to about half a Smartie.

The government announcement also cites an "Analysis"  by Cancer Research UK (CRUK) which shows that in September 2019, 47.6% of all food adverts broadcast on the main commercial TV channels were for HFSS products, rising to nearly 60% during the 6.00pm to 9.00pm slot, which they say is the time slot where children’s viewing peaks. This is one of those statements that is literally true, but misleading nonetheless. Yes, the number of British kids actually watching linear TV may well peak from 6pm to 9pm, but given the existing ban on advertising kids programmes, they won't be seeing ads for HFSS foods on children's programmes, although they might do if they're watching specific reality TV shows.

Bizarrely, or 'bravely', depending on your point of view, the government has also announced that it is going to ban HFSS advertising online. In fact, the HFSS media placement restrictions in the CAP Code already bite in this area, as a number of fast food and confectionary brands have found to their cost, but now Boris wants to regulate internet with the full weight of the law by the end of 2022. And for their next trick, they'll be turning base metal into gold, fixing the public finances in one fell swoop and marching off to the sunny uplands to live happily ever after.

The most frustrating part of the media coverage is that it has largely ignored the voices of bodies such as the Institute of Practitioners in Advertising, the Incorporated Society of British Advertising and Advertising Association as they have pointed out that given the current restrictions, the government's proposal will make very little difference. One BBC correspondent even went so far as to make an analogy with tobacco advertising. In interviews, obesity campaigners have said in years to come, we will look back on advertising for food and confectionary the same way that we look back at tobacco advertising now. And yet nobody seems to point out that it is silly to compare a Cadbury's Flake with Marlboro Lights, or that while cigarettes are intrinsically unhealthy, there is no such thing an unhealthy food, only an unhealthy diet.

The government says that they will now consult about the 9p.m. ban, which could take 2 years to implement. But if the government continues to manage Covid-19 as efficiently as it has done so far, will there be any obese people left alive in 2 years time? (Ed: Sorry, is that too much, too soon?)

It will also be interesting to see if a blanket ban would survive legal challenge.  The very wide ranging ban on political advertising on TV has been challenged on the basis that it breaches the European Convention on Human Rights. In that instance, the ban was found to be lawful, but only just, by a majority of 9:8 in the European Court of Human Rights. But would a complete ban on HFSS TV advertising before 9pm be found to be necessary in a democratic society, given that the existing targeted restriction appears to be providing the requisite protection for children very effectively?

Apart from the complete failure of media scrutiny around this announcement, which is disgraceful, the other major concern is that allows the government to grandstand, making announcements designed to create the impression that it is taking decisive action, when in fact it is doing what is cheap and popular but ineffective, rather than taking steps that may have some significant impact on the health and welfare of the nation.

Some of the other measured announced by the government make more sense, and there is no denying that the obesity crisis is one that the nation needs to tackle, regardless of Covid-10. But looking back to my childhood in the 1970's and 80's, there were far fewer restrictions on advertising for sweets and chocolate, if any, and yet there was much less obesity. And although advertising restrictions have reduced children's expose to on HFSS advertising on TV over the last 13 years, this has not resulted in a reduction on childhood obesity. The main factors in determining childhood obesity, according to NHS data, such as deprivation and parental obesity, will not be addressed by extending the ad ban.

So to those who argue why not give a total ad ban a chance, what harm can it do? My answer is that it allows the government to give the appearance of taking decisive action when actually it is not doing enough to tackle the complex, multi-factorial underlying causes of obesity. Its just a distraction.

We intend to ban HFSS products being shown on TV and online before 9pm.....We want to go further online and will publish a short consultation as soon as possible on how we would introduce a total HFSS advertising restriction online. 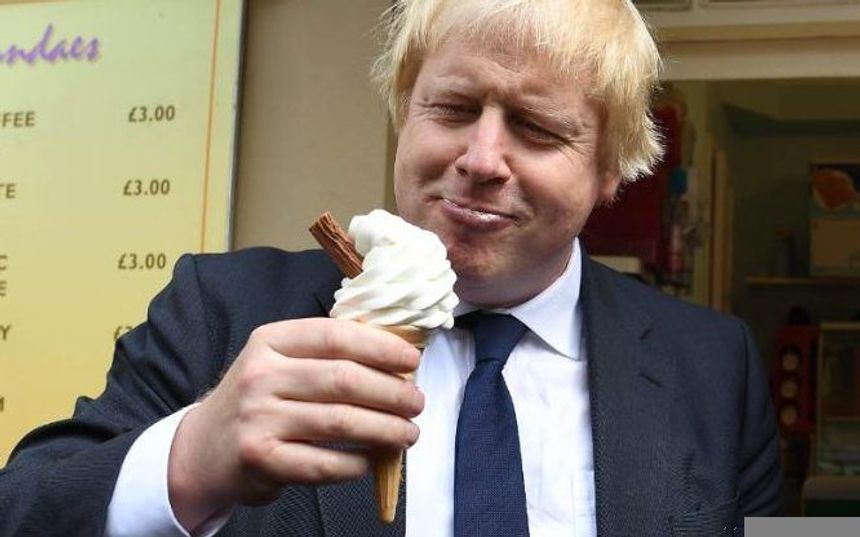