Do "Kit Kat White" candy bars contain white chocolate?  That was the issue in a recent false advertising lawsuit brought against The Hershey Company in federal court in New York.

Kit Kat bars -- which are, admittedly, one of my favorites -- are made of crisp wafers coated in a variety of flavors, which is most commonly milk chocolate.  "Kit Kat White" bars are coated in a "white confection coating."

The plaintiff sued Hershey for false advertising, alleging that Hershey misled consumers into believing that "Kit Kat White" bars contain white chocolate.  The plaintiff said that she was misled by the packaging, as well as by the fact that the product is marketed and sold next to the milk chocolate and dark chocolate versions of the candy.

Before getting to the false advertising allegations, the court dismissed the case on the grounds that it did not have subject matter jurisdiction -- since the plaintiff did not meet the amount in controversy requirement.  The court said that it was not plausible to believe that the plaintiff could eat the more than 30,000 "Kit Kat White" bars that would be required in order to suffer $75,000 worth of damages.

In order to justify dismissing the case with prejudice, the court also addressed the plaintiff's false advertising claims, where were brought under New York law.  In New York, in order to determine whether advertising is materially misleading, the plaintiff must demonstrate that the advertising is likely to mislead "a reasonable consumer acting reasonably under the circumstances."

Here, the court found that there was no plausible argument that the advertising or packaging for "Kit Kat White" bars was misleading.  The court said that the plaintiff was not able to identify any statement in the advertising or packaging that claimed that the product was made from white chocolate.  Moreover, the court pointed to the fact that the product is clearly described on the packaging as "crisp wafers in white creme."  The court wrote, "A reasonable consumer would not be misled into believing that the wafers are dipped in white chocolate when the packaging does not mention chocolate, and states that the wafers are dipped in creme, which is not the same as white chocolate."

Readers of this blog may be surprised to see a second case about white chocolate in one week.  A few days ago, I blogged about the dismissal of a false advertising case against Ghirardelli Chocolate Company, which alleged that the company misled consumers into thinking that its "Classic White Chips" were made of white chocolate.  In that case, the court -- without a lot to point to -- simply didn't buy the argument that consumers would think that "white chips" were made from white chocolate (notwithstanding a consumer survey which showed, essentially, that most of them did think that).

Whatever you may think of the decision in the Ghirardelli case, the facts here are different in one particularly significant way.  The front of the packaging of Ghirardelli's "Classic White Chips" is arguably ambiguous; it doesn't tell you why the chips are white.  Here, however, the front of the packaging of the "Kit Kat White" bars expressly and prominently states that the wafers are dipped in a "white creme."

The imagery and language used in advertising and packaging can often communicate unintended messages.  An important takeaway from this decision is that, when you're concerned about whether your marketing communicates ambiguous and potentially confusing messages, a great way to address it is to prominently disclose to consumers what you do mean.  This can go a long toward heading off a claim, or when a claim is brought, getting an easy dismissal.

"a reasonable consumer acting reasonably under the circumstances" 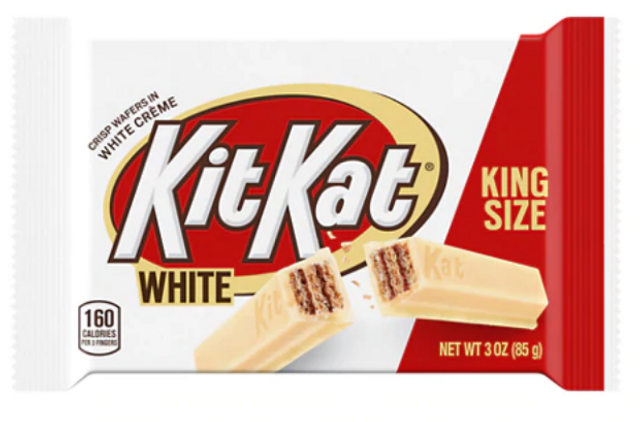 Are You Hearing Lots of Wild and Outlandish Claims? In Advertising, That's "Puffery"
Jeff Greenbaum

Facebook Says Ads for Giving Tuesday Are OK, So Long as They Aren't About Social Issues
Jeff Greenbaum

If You Promote Your Class Library as "Ever-Growing," Does It Actually Have to Grow?
Jeff Greenbaum
Recent posts from Lewis Silkin - AdLaw