The death of George Floyd and the rise of Black Lives Matters has raised awareness about the need for sensitivity concerning matters of race in advertising. However, the news from South Africa about rioting as a result of a badly misconceived shampoo ad is quite extraordinary.

The story starts with a health and beauty retailer, Clicks, publishing an ad on its website for a shampoo featuring an image of two white women with hair labelled fine and flat, while the hair of two African women was labelled dry, dull and damaged. The ad was loaded on to Click's website by two employees condemned as negligent by the company's Chief Executive shortly before suspending them and withdrawing the ad.

By that time, however, the damage was done. The Economic Freedom Fighters (EFF) had aready called on its supporters on social media to picket Clicks stores across the country after the company refused to accede to their demand to close their doors as result of the promotion. It is reported that one store outside Johannesburg was ultimately "petrol-bombed and wrecked", and not simply closed down.

Some media coverage in the United Kingdom has concentrated on the "far-left" and "Marxist" credentials of the EFF, but in order to understand the depth of feeling provoked by this ad, it is important to consider the South African context. Historically, ideas of beauty and attractiveness revolved around straight hair and light skin, with African women being encourage to 'relax' their hair to look more beautiful or professional. During the apartheid years, there was even a 'pencil test' which involved pushing a pencil through someone's hair to determine their race. An individual would be deemed white if the pencil fell to the floor, but "Coloured" or mixed race if it did not. And a huge amount turned on that....

This story is the most extraordinary example of the serious and widespread offence that can be caused by an ill-conceived advertisement that I can ever recall. But against that background and in that context, it certainly makes sense.

"The implications of this are that black identity exists as inferior to the identity of white people. It is an assertion that white standards of beauty are to be aspired to and features of black represent damage, decay and abnormality." Economic Freedom Fighters' statement. 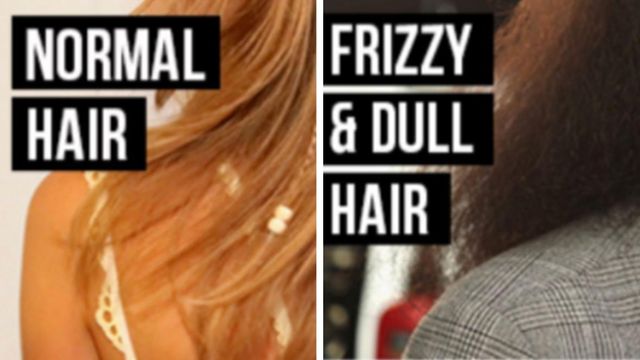