As we stare down the barrel of the dreaded second wave, which looks to have already started, it is worth briefly taking stock of where we are in terms of the economic impact on different UK sectors.

Far fewer of us have been able to take our holidays abroad this year, but the fact we have been stuck in the country, along with pent-up demand from the lock-down and a shift to spending on making our homes nicer places to be, has benefited the UK economy to some extent during this challenging summer.

Jonathan Athow, deputy national statistician for economic statistics at the ONS stated that "Sales of household goods thrived as the demand for home improvement continued and, despite a dip this month, online sales remained high." Indeed, spending on household goods was particularly strong in August, retailers saw a 9.9% jump in sales of homeware products compared with February.

As a reminder in case, like me, you are losing track of time: the pandemic hit us hard in March.

Online and catalogue sales were up almost 35% on the year in August, while primarily in-store clothing sales were 15.5% lower, despite a 13.5% rise from July.

Online food retailers have been in demand over recent months, and have had to react quickly to the sharp rise in demand for their services, and implement a range of measure to cope with that demand. Anecdotally, the demand appears to have normalised now to some extent, but it is likely this will peak again in the coming weeks and months if indeed we are at the start of a second wave.

It is worth remembering that retail sales make up about a quarter of our economy, so it is an important barometer of how well the economic is doing. At present, the level of spending is back above where it was prior to the pandemic.

On the other side of that coin, the high street remains "under pressure" as we make the switch to online sales and have been unable or unwilling to venture out as much as we used to.

Department store chains Debenhams and M&S announced they would be cutting 2,500 and 7,000 jobs respectively.

This is also having knock-on effect for commercial landlords, with many stores having to close for good, and those tenants which are surviving are seeking to renegotiate rents. Some are taking innovative approaches, including linking rents to turnover.

Dining out during the pandemic

The number of British adults visiting restaurants, pubs and cafes also fell for the first time since July after the 'Eat Out to Help Out' programme ended. Those numbers showed a drop from 38% in late August to 30% in the second week of September.

As fewer people work from their offices and usual places of business, purveyors of lunches to workers have suffered.  Sandwich chain Pret a Manger announced it would cut more than a third of its workforce (3000 jobs).

Britain suffered the biggest economic hit of any G7 economy between April and June, when output fell by more than 20%, and we have seen an impressive improvement over the summer.

The Bank of England said on Thursday that Britain’s economy was on course to recover faster than it had forecast in August, though output in the July-September period is still expected to be 7% lower than in 2019’s final quarter.

The Bank of England is optimistic about consumer demand, but that it is obviously dependant on there not being a surge in Covid-19 cases or higher than expected increases in unemployment.

A week is a long time in pandemics

Unfortunately, the situation is changing rapidly and there are clear signs that a second wave is upon us, with an upsurge in cases across the country and the R number being between 1.1 and 1.4. There are similar trends across Europe.

There are already localised restrictions in several parts of the UK, and the government is hinting at the imminent introduction of further nationwide measures in England.

It is hard to look forward in time to the run up to Christmas, but that is usually an important period for the UK economy, and this year the pressure will really be on retailers both on and off line.

Retail sales volumes rose by 0.8% in August, the Office for National Statistics said on Friday -- slightly above the average 0.7% forecast in a Reuters poll. Compared with a year earlier, they were up 2.8%, just below forecasts of 3.0% annual growth. Sales had already overtaken pre-COVID levels in July and now stand 4.0% higher than before the crisis, although economists are cautious about what will happen later this year if unemployment rises sharply as forecast. 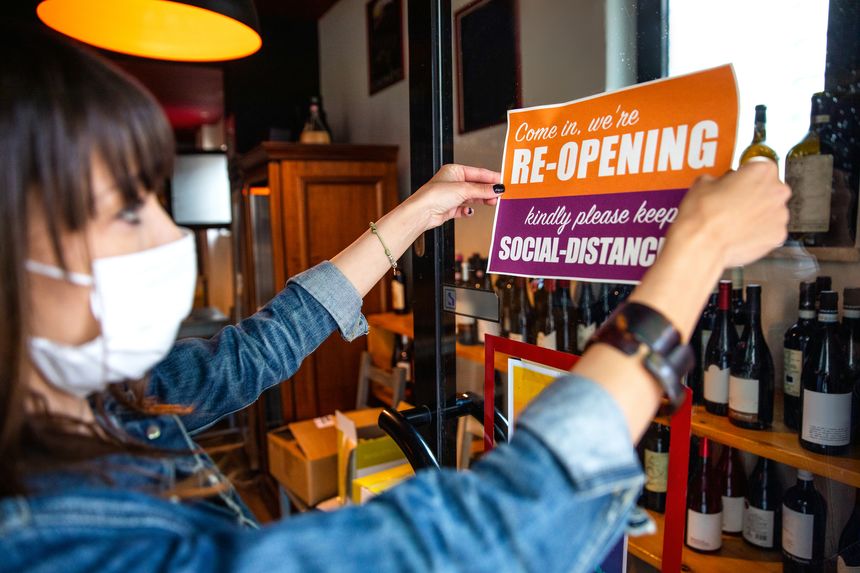