Several universities have been accused of misleading potential applicants with their latest advertising campaigns, paying well-known influencers to promote universities they’ve never set foot in (or possibly even heard of).

To give you a flavour, take this post from Instagrammer Mari Alonso, who was paid to promote Anglia Ruskin University (“ARU”) to her 80,000 followers on the social platform:

“I’m not sure if you guys know, but I graduated as engineer 6 years ago. It was such a long journey, but so worthy! It contributed a lot to the person who I became today. Also, it gave me incredible skills that are gonna stay with me forever! No one can ever take the knowledge that I received from my graduation away from me. Now if you think it’s your time, there are still spaces to apply in Clearing at ARU! Just go for it! It’s time to change your life! If not now, when?”

Apparently, Ms Alonso went to university in Brazil - not Peterborough.

The issue was raised here and has since been picked up in the wider press. I should mention that ARU and Mari Alonso aren’t the only ones in the frame - the University of Hull was also singled out, as were several influencers, including Ambar Driscoll, who currently has around 300,000 Instagram followers.

The ASA has commented that this might be a “potential problem” - you don’t say...!

So what is the problem, you might ask? Celebrities are always promoting products and services they probably don’t use or feel particularly strongly about if it means a decent fee. We’re not stupid, we know what it’s all about.

However, this is different. These ads are less like the celebrity endorsements we are used to seeing and more like testimonials from happy customers that - in this case - simply do not exist.

On a simple reading of the post you would infer that the influencer studied at ARU. At best, it is highly ambiguous and this surely cannot have escaped the university or the influencer, who did nothing to disabuse us.

(Incidentally, it would be interesting to see the universities try to demonstrate compliance with the CAP Code rules on testimonials. Spoiler alert: no chance.)

In its defence, the university has said its Instagram partners talk about their university experiences generally. I think that’s a stretch. It also says these posts are signposted on Instagram as “paid partnerships” and so there can be no misconception that they are anything other than ads.

However, I don’t think that helps here at all - in fact quite the opposite. To the extent people even understand labels like #ad and other similar “paid partnership” labelling (and see here and here why they probably don’t), the label on this post only serves to reinforce the idea that there is some sort of history between the university and the influencer. The combination of the ambiguous message and the disclosure suggests ARU is tapping into its alumni to endorse its “product”. Why would ARU pay someone to promote their university if they actually went somewhere else and the positive experience they describe has absolutely nothing to do with ARU?

Choosing the right university is one of the biggest decisions a student has to make. It has the potential to shape the rest of that young person’s life. And with so many universities desperately vying for their £9,000 a year, it can be extremely difficult to cut through the all marketing noise and make the right choice. This is of course made even more difficult when you add to the mix “trusted” influencers championing these universities as if they are speaking from personal experience. Advertising like this doesn’t make a student’s life any easier.

Is it time for the ASA - or perhaps the CMA - to teach universities and their influencers a lesson? Well, it seems they just never learn, do they?

So three years on and they’re at it again. And this time around, there’s an additional aggravating factor. I think it is fair to say that this year’s crop of school leavers have had a hard 2020, with U-turns, upturns and downturns on results and an absolute nightmare in clearing, having to make desperate quickfire decisions that could have lasting consequences for life and career. Clearly this group of already stressed-out teenage consumers falls squarely into the category of “vulnerable” and greater care should have been taken to avoid misleading them.

As for the average consumer, it is true that he or she has become wiser to the role of the influencer these days - no doubt thanks to the various upheld rulings and publicity fallouts over the last few years. And when scrolling through an influencer post that waxes lyrical about the latest designer product, they probably understand that this outpouring of pure joy comes not from the warm fuzzy feeling in the heart, but in the pocket.

But does the same apply here? I don’t think so. I think the average consumer is generally more trusting of educational establishments than they are of hard-nosed profit-driven consumer brands. Maybe not any more.

Driscoll’s followers expressed concern that the post, which encouraged them to apply to Hull through clearing, might influence impressionable teens to apply to a university not suited to them... 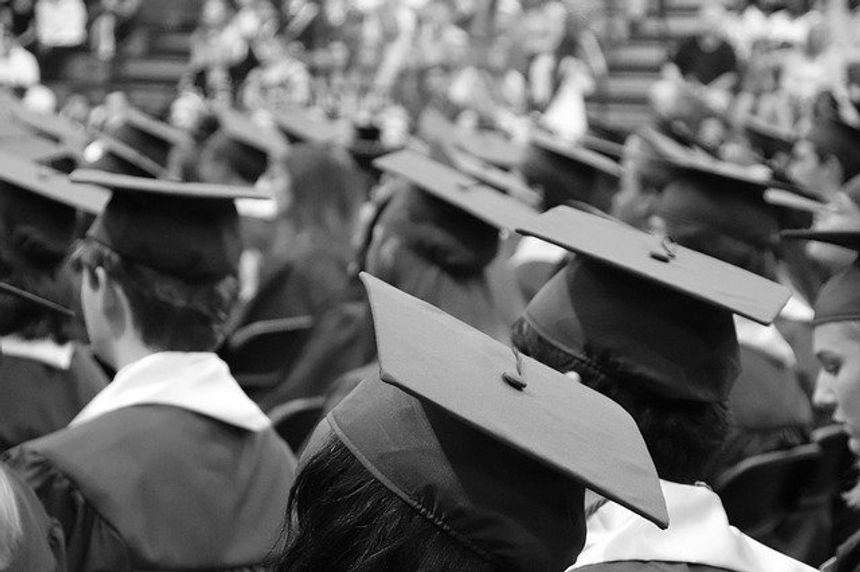