Three distinct issues were raised, and (spoiler alert) the ASA ruled that Bonus Accumulator had broken the rules (i.e. the CAP Code) in relation to all three issues.

In the video, a voiceover (VO) reeled off a number of testimonials from consumers, including one that stated "This is my 45th day of isolation … this money is so welcome as I haven't earned anything in six weeks …". At the end of the video the VO went on to say, "It is <u>almost statistically certain</u> that you <u>will make a profit</u> if you do enough offers".

When consumers visited the Bonus Accumulator website, among other things they would have seen the claim "Unlock the profits of Casino offers. Learn how some members make thousands a month from Casino offers".

Alongside this claim was a video with an individual who stated, “…you may know how much money it’s possible to make through matched betting, but you might not know that it’s possible to make even more using casino bonuses … no matter who you are, whether you’re completely new to casino offers, whether you’re a casino pro, this site has been designed to transform your profits … casino bonuses are not gambling because just like matched betting, we give you an edge that allows you to beat the bookies…”.

One complainant challenged whether the claim:

1. “This is my 45th day of isolation … this money is so welcome as I haven't earned anything in six weeks …" in the Facebook video was socially irresponsible because it suggested that casino bonus hunting could be a way to achieve financial security;

2. “It is almost statistically certain that you will make a profit if you do enough offers” in the Facebook video and “casino bonuses are not gambling because just like matched betting, we give you an edge that allows you to beat the bookies…” in the website video were socially irresponsible; and

3. “It is almost statistically certain that you will make a profit” in the Facebook video was misleading and could be substantiated.

We will look at these issues in turn.

Profit Accumulator Ltd t/a Bonus Accumulator explained that “casino bonus hunting” was a system by which consumers could exploit casino bonuses where there was a statistical edge; the purpose of their service was to assist members in taking advantage of those free online casino bonuses and promotions.

1. They argued that the reference to “This is my 45th day of isolation … this money is so welcome as I haven't earned anything in six weeks", was "immaterial" and "not a key part of the ad" because it was merely presented in the video as a Facebook comment left by one of Profit Accumulator’s users.

They said that the claim should be taken in the context of the whole ad, which featured statements such as "I cannot promise you that you will make money", so the statement about one person making money (which was very welcome to that individual) was not irresponsible or materially significant. They said the ad presented casino bonus hunting as a way of earning extra money, and did not implore consumers to leave their jobs to take up bonus hunting as a source of income.

2. Bonus Accumulator said there was no chance of consumers who used the “risk free” section of their service losing money. They used the example of an online casino that offered 30 free slots spins for new customers. The bonus had no wagering requirement and any winnings could be withdrawn as cash, with no conditions attached. They highlighted that ad (a) stated winning was “almost” certain and that the full claim had included the preface "I cannot promise you that you will make money”. They said their “Bonus Accumulator” product was only marketed towards current and former consumers, so some level of knowledge among their target audience was assumed, and that their home page headline was “Take the next step”, which they said indicated the ad was directed towards consumers familiar with their offering.

3. Finally, Bonus Accumulator said that consumers who made enough bets using casino bonuses would have an “edge” over the relevant casino, guaranteeing a profit, and that this was a mathematical fact.

In relation to issues 1 & 2 above, the ASA ruled that the ad was in breach of the CAP Code.

The CAP Code states that advertisers "must not suggest that gambling could be a solution to financial concerns, an alternative to employment or a way to achieve financial security". The ASA acknowledged Bonus Accumulator’s service was not itself gambling, but the ASA said it was mindful that the purpose of the service was to facilitate gambling and it therefore "assessed the ad with that in mind".

The ad was seen in the context of widespread news coverage of a developing major outbreak of COVID-19. In that context, the ASA considered that the statement “This is my 45th day of isolation … this money is so welcome as I haven't earned anything in six weeks …” would have been interpreted by consumers to mean that the gambling system offered by the advertiser could be used as an alternative to employment and a way to achieve financial security for those who had lost earnings as a result of the coronavirus.

[Note from GLT: This does seem like a bit of a leap. Winning a bit of cash would be welcome to anyone during the pandemic or at any time, and doesn't appear to encourage people to abandon their job and rely exclusively on it!].

The ASA also pointed out that the CAP Code states that marketing communications must be prepared with a sense of responsibility to consumers and to society. The ASA considered that the statement “It is almost statistically certain that you will make a profit if you do enough offers” in the Facebook video "could have the effect of encouraging consumers to start a long string of bets or similar gambling activities with online casinos, which could carry the risk of losing money beyond the bonus offered by those casinos".

[Note from GLT: This logic seems to involve two leaps, i.e. that this <u>could</u> encourage consumers to start a long string of bets or similar gambling which in turn <u>could</u> result in them getting carried away and going beyond the instructions provided. The average consumer - who is defined by law as being "reasonably well informed, observant and circumspect" - is assumed by the ASA to be someone who is unlikely to be able to follow the instructions provided by the scheme without getting carried away. If they stick to the instructions provided, it seems that they are 'almost guaranteed' to make some money via this scheme without a material risk of losing money. Has the ASA added a further attribute to the legal definition of the "average consumer" i.e. that the average consumer is incapable of engaging in gambling activity without becoming addicted and losing control?]

The next observation by the ASA in its ruling seems to underline this concern, i.e.:

The ASA "considered that while consumers could use the “risk free” section of Bonus Accumulator’s service, there <u><em>was nothing to stop them</em></u> from using higher risk sections."

The ASA considered the statement “casino bonuses are not gambling because just like matched betting, we give you an edge that allows you to beat the bookies…” downplayed the risk involved in consumers gambling their own money once the initial bonus had been staked.

[Note by GLT: Perhaps the real problem was the overall presentation, and the fact that stronger warnings should have been given to encourage consumers to stay within the matched/free bonuses and not to get carried away].

The ASA therefore concluded that the Facebook video and the video on the website breached the CAP Code as they were socially irresponsible.

In relation to issue 3 above, the ASA ruled that the ad was in breach of the CAP Code.

“Casino bonus hunting” involves betting using promotional bonuses from online casinos, including free bets and similar promotions, so that no loss is incurred; a profit could be made because any wins the consumer makes can be retained or re-used without paying for the initial stake.

As mentioned above, the ASA was concerned that the purpose of the service was to facilitate gambling.  Even though some of Bonus Accumulator’s customers would have previously been exposed to gambling services, not everyone would have been.

The ASA was concerned that the reference to there being 'no risk' was likely to be particularly enticing as a means of encouraging gambling activity - despite the fact it was true.

The ASA concluded that, theoretically, the system eliminated the chance of losing money, and acknowledged that if used correctly that would be the case with the advertiser's service. However, the ASA was concerned that the process was potentially long-winded and open to human error.

They also re-stated their concern that, although the bonuses in and of themselves were free, there was <u><em>nothing to stop&nbsp;</em></u>consumers continuing to gamble their own money once they had gambled with the initial bonus [Note by GLT: other than the instructions provided by the advertiser, combined with common sense and some degree of self-control].

Those who did go on to gamble their own money were then open to any risk inherent in online casino gambling.

Finally, the ASA noted that it had not been provided with any evidence to demonstrate that any users of the system had been successful in achieving profits as a result of using the system.

[Note by GLT: Apparently, not being willing to test it out for themselves].

The ASA therefore concluded that the system’s success and profitability had not been substantiated, and so the claim “It is almost statistically certain that you will make a profit” was likely to mislead.

Bonus Accumulator must also ensure their marketing communications did not claim consumers were certain to make a profit.

HOWEVER, the video does still appear to be available on the home page of Bonus Accumulator's website at the time of writing.

"We considered that the statement “It is almost statistically certain that you will make a profit if you do enough offers” in ad (a) could have the effect of encouraging consumers to start a long string of bets or similar gambling activities with online casinos, which could carry the risk of losing money beyond the bonus offered by those casinos." - ASA ruling 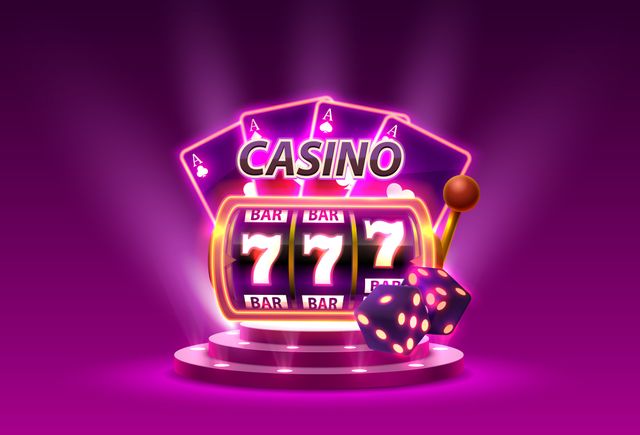