We have posted recently about European and UK regulators’ attention being drawn to greenwashing with a warning to advertisers to ensure that any claims about eco-friendliness are robust. In the last week, Gousto has fallen foul of the ASA for exaggerating its green credentials.

The Gousto website featured a series of blog posts stating that its “Eco Chill Box” was plastic-free and made of cardboard/paper and claiming that every part of the Box was widely recycled and that it was 100% recyclable.

Competitor Grocery Delivery E-Services UK Ltd challenged whether the claims were misleading and could be substantiated because the box contained an ice pack made of low density polyethylene plastic; and because they understood that only 15% to 20% of local authorities in the UK had the facilities to recycle low density polyethylene plastic in home recycling.

Gousto considered their Eco Chill Box and the ice packs it contained to be discrete from one another – the former was an insulator and the latter was a coolant used to set the temperature inside the box. They said that distinction was an industry standard. They said because of that distinction, they did not consider the claims made in the ad were misleading. They provided evidence that showed the composition of the Eco Chill Box and its structure. They also provided substantiation for the recyclability of the box but said that they would not use the claims in future.

The ASA considered that consumers would interpret references to the “Eco Chill Box” in the ad to refer to the box as a whole, including all of its components, including the chiller, and that any claims about recycling would relate to the entire package.

The evidence provided showed the box itself was made of paper and recycled paper and did not contain plastic. However, the ASA noted that the coolant ice packs inside were made of plastic. Therefore, the plastic-free claim was misleading and had not been substantiated. The ASA welcomed Gousto's assurance that they would not use the claims in their future advertising.

The ASA considered that consumers would understand the recycling claims to mean that the box was recycled by the majority of local authorities in the UK, and that every component of the box was recyclable. Although the cardboard Eco Chill Box was recyclable and widely accepted in kerbside recycling by local authorities, there was no evidence that the ice packs were either widely recycled or recyclable. As a result, the claims were misleading and had not been substantiated.

This meant that the ads breached CAP Code rules on misleading advertising and environmental claims.

It is important when advertising the green credentials of a product that advertisers take into account the entire lifecycle of the product as well as the entire product package itself. Gousto fell the wrong side of the line by artificially selecting one element of the package to shout about. Further, during his recent fireside chat with me, Guy Parker of the ASA indicated that environmental claims will be an area of focus for the future.

"we had not seen any evidence that the ice packs used as cooling elements in the box, were either widely recycled or recyclable. We therefore concluded that the claims “… every part of it is widely recycled …”, and “… most importantly, it’s 100% recyclable!" were misleading and had not been substantiated." 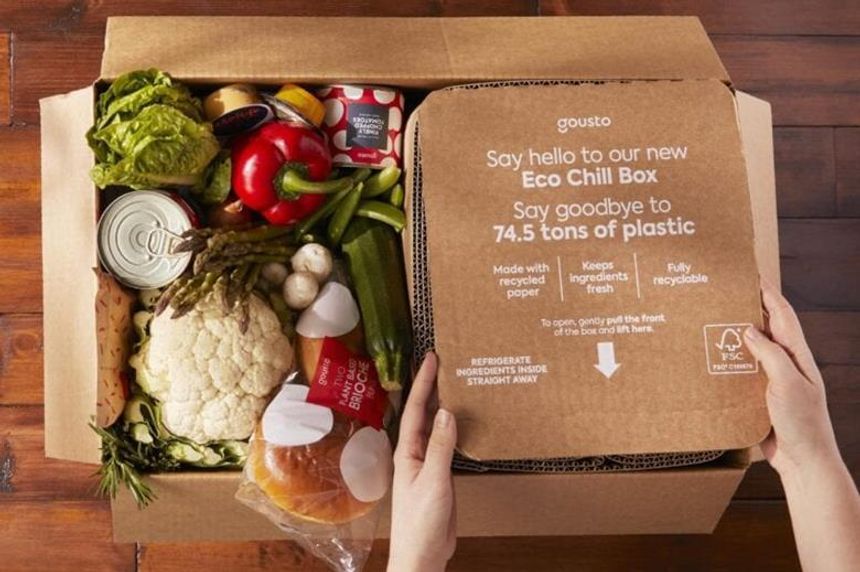