In a victory for objectivity, the ASA has recently rejected a complaint against ITV concerning its scheduling of an HFSS ad broadcast during the film, Nancy Drew.

The ad was for McDonald's and had been given an ex-kids restriction by Clearcast. It therefore could not be broadcast around programmes likely to be particular appeal to the under 16's. ITV, McDonald's and its media buying agency, OMD, had all taken considerable care to ensure that the media schedule for the ad was compliant.

However, one viewer complained to the ASA about the broadcast of the ad during one particular ad spot at 13:50 on Saturday 15th August 2020 during a broadcast of the film on ITV2, which is not a children's channel. This was the fourth occasion on which the movie had been broadcast by ITV over a period of 4 years.  There were 5 other HFSS brands whose products were broadcast during the very same ad break; and a further 23 others whose ads were featured in or around the film on the 4 occasions it was broadcast. It therefore seems unfair to single out one advertiser, just because the complainant had decided to do so, for reasons best known to themselves.

Initially, the scope of the investigation included various subjective considerations about the likely audience for Nancy Drew. This included the history of the venerable character, which goes back all the way to the 1930's, as well as the "relatively adult themes such as murder, kidnapping and psychological and physical attacks."

In the context of this subjective debate, things were not looking good for ITV. The broadcaster was facing the mortal peril of an upheld decision for breaching their scheduling obligations. Matters were on a knife-edge. But just as it looked like they were heading for disaster, suddenly, salvation was at hand. Modesty and the rules of professional conduct prevent me from revealing the identity the man who came to the rescue. You'll have to solve that mystery yourself, just like Nancy Drew herself.

What I can say, however, is that issue of deciding whether a film or programme is "likely to be of particular appeal of the under 16s" is one that can only be decided on objective data about its audience profile. This is made clear in BCAP's own guidance Identifying TV programmes likely to appeal to children, referenced in Section 32 of the BCAP Code, the section under which the investigation arose. The Guidance states that "BCAP recognises that Audience Indexing is a predictive tool employed by broadcasters to help apply scheduling restrictions. As such, the onus is on broadcasters to provide evidence of robust and diligent efforts to predict the likely index score of programming or parts of the day to facilitate appropriate scheduling decisions.”

The Audience Index data is provided by BARB, the Broadcast Audience Research Board. According to the BARB system, a programme which exceeds the '120 Index' is one for which the under-16s are over-represented by 20% and is therefore likely to be of particular appeal to children. In this case, the data showed that Audience Index fell very substantially below 120, especially for the specific spot under investigation.

Subjective opinions are therefore irrelevant, but in my personal (and subjective) opinion, Nancy Drew seemed desperately old fashioned when I was a child in the late 1970's.  When I asked my own children, both in their late teens, what they think about Nancy Drew, they simply grunted and said, "Nancy Who?" It seems Nancy's biggest fans are the aging baby-boomers, who remember her as a fictional heroine from their youth, more than 60 year ago.  My 83 year-old mother is more likely to watch Nancy Drew than my 17 year-old daughter. And the data proves it!

The fact that the ASA Council ultimately rejected the complaint is an important victory for regulatory certainty and predictability. It allows broadcasters, advertisers and media agencies to continue to plan and buy media in accordance with the BCAP Code. This is particularly welcome at a time when the Government is touting further draconian restrictions on HFSS advertising, despite a marked absence of object evidence to justify its plans.

"The BARB data provided by ITV demonstrated clearly that the broadcast of the film on the date that the ad was shown, and the previous three broadcasts of the film, had not been of particular appeal to audiences below the age of 16." 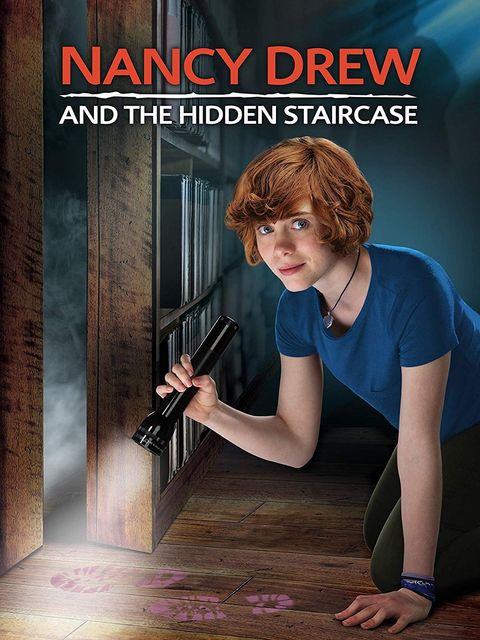 In the bleak mid-winter, the Ads & Brands Law Digest brings both light and heat....
Brinsley Dresden

Flexible Working and the Modern Office: 3 top tips from each of our panellists for the Creative Industries
Patrick Brown
repost  cancel