It sounds like a great name for a film franchise, but the Caterpillar Wars are real.  Well... 'real' in the sense that it's a real legal tussle wrapped in a cocoon of social media silliness.

I could focus on the substantive legal issues, but I won't.

Instead, I wanted to shine a light on the way in which Aldi has reacted to the threat of legal action against them by M&S, purveyors of not just any caterpillar cake, but the M&S Colin the Caterpillar cake.

Aldi, seeing Colin's success, wanted a slice of the action. And before long, Cuthbert was born - a suspiciously similar looking cake.

After threats of legal action by M&S, Cuthbert was recently spotted boning up on UK intellectual property laws - albeit a little late.

Aldi has resorted to bringing out a 'limited edition' version of Cuthbert the Caterpillar cake, with the promise of donating all proceeds to charity (instead of paying lawyers).

M&S responded to say they like the idea of giving money to charity instead of lawyers - mentioning that Colin is already central to M&S's existing relationship with cancer charity, Macmillan - but they suggested perhaps Aldi should use their own, original cake for that purpose. M&S suggested Aldi make a Kevin the Carrot cake for example - a reference to the star of Aldi's recent Christmas ads.

But Aldi seems reluctant to give up the fight.

Aldi has been incredibly active on social media of late in an effort to garner support. An attempt to have-your-cake-and-Tweet-it, if you will.

In the latest twist, Aldi has called on other supermarkets' caterpillars to join Cuthbert's gang... possibly to turn the spotlight on them... in the hope that they turn into moths rather than butterflies.

Cuthbert has called on Cecil (Waitrose), Clyde (Asda), Curly (Tesco) and Wiggles (Sainsbury's) to join his side in the Great Caterpillar War. But, so far, they are leaf-ing well alone.

It's a risky tactic to try to bring the other caterpillar cakes down with him.  So be careful Cuthbert... I hear snitches get stitches, and stitches can really Smartie. 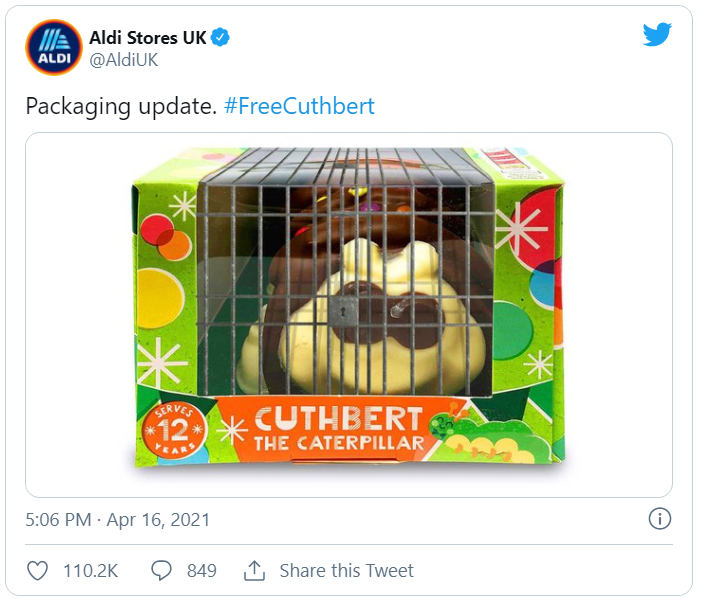 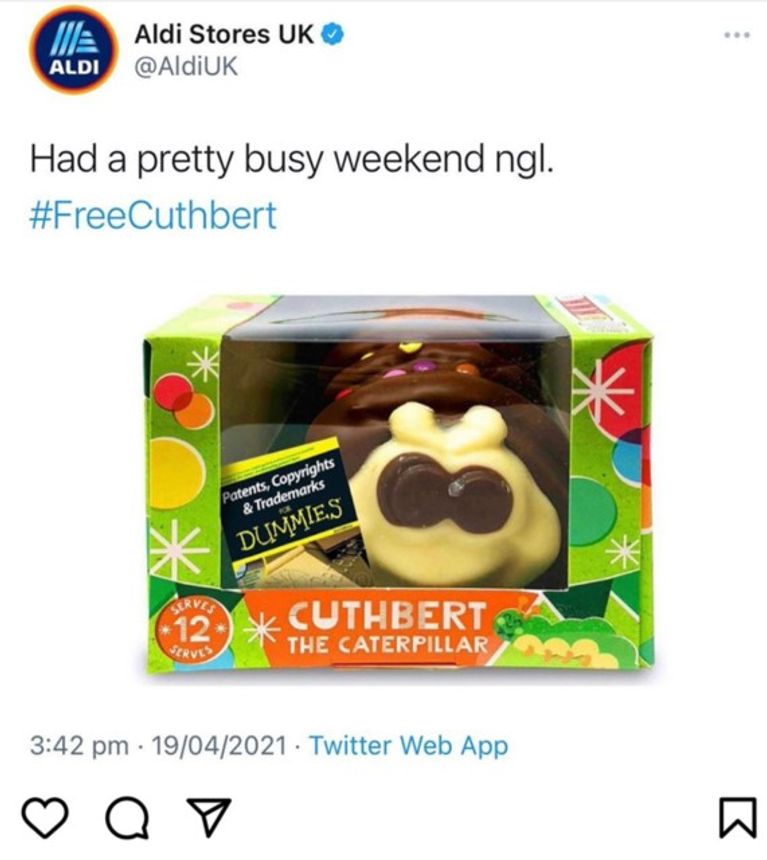