This morning, the UK's Advertising Standards Authority has launched a new weapon in the war against recidivist influencers who fail to disclose that their Instagram posts are adverts. This can easily be done by the simple expedient of a pithy label, such as #ad. This new sanction is the online equivalent of the naughty step, being a special page on the ASA's website which acts as a Hall of Shame for the recalcitrant influencers, starting with Chloe Ferry, Chloe Khan, Jodie Marsh and Lucy Mecklenburgh.

The ASA's compliance team has previously asked this gang of four to give assurances that they will include "clear and upfront ad labels" in their advertising posts. In each case, they either failed to provide any assurance whatsoever, or they provided the assurance, but then breached it. It's almost as if they don't care, and are simply more interested in making as much money as possible as quickly as possible from their followers.

The plan is that Chloe, Chloe, Jodie and Lucy, and others that follow in their illustrious footsteps, will be on the web page for 3 months and then "subject to a period of enhanced monitoring spot checks." If these influencers continue to break the disclosure rules, the ASA may take out paid-for ads to further add to their embarrassment, and ask the platforms to remove their unlabelled advertising content. The final sanction mentioned by the ASA is the possibility of referring influencers to statutory bodies "for possible fines", although presumably there would have to be customary finding of guilt first!

This morning, on the Radio 4 Today programme, the estimable host Amol Rajan gave an uncharacteristically easy ride to a guest interviewee who trains people about how to be influencers. The guest had the chutzpah to suggest that the ASA was at fault here, because the law is complicated and the could have done a better job at training people. Nonsense. The law is perfectly straightforward: it is always misleading to falsely pose as consumer when acting for a commercial purpose directed at consumers. And as for the ASA's efforts to educate influencers, this has been extensive and long term. Multiple guidance notes, seminars and other collateral has been produced by the ASA. While we may have criticised some of the detail of these notes, it is simply unsustainable to argue that influencers can't be expected to know or understand the rules. Besides, Chloe, Chloe, Jodie and Lucy are repeat offenders and have been in correspondence with the ASA's compliance team, so they know perfectly well what the rules are, or they should do.

The problem is that the eco-system of advertising regulation in this country has become completely over-reliant on self-regulation. The ASA is not at fault for this, but as a Self-Regulatory Organisation, it is simply not in a position to administer the criminal law or impose fines. The ASA's Influencer Monitoring Report published in March 2021 analysed ad disclosure on 122 UK-based influencer accounts on Instagram and found "inconsistent disclosure" on Stories, posts and Reels, with only 35% of paid-for posts being disclosed as ads.

In other countries, the legal enforcement authorities, such as the Federal Trade Commission in the USA, have been far more active in enforcing the rules. The time has come for UK authorities to deal with the hard-core of influencers who simply refuse to comply with the Consumer Protection Regulations 2008 and the strict liability prohibition on falsely posing as a consumer. Quite apart from the fact that ignorance of the law is not defence, it is simply not credible that these people don't know what the rules are, given that they've already been subject to ASA adjudications and subsequent compliance action. Perhaps making an example of some recidivists through a criminal prosecution and substantial fine will get their attention? Not only would this be fairer for consumers, but also for all the influencers and brands that do take the time and effort to learn the laws and regulations, and then apply them. The legal enforcement bodies could to concentrate their fire in particular sectors, such as financial services, where misdemeanours by influencers cause serious harm, meriting a more serious sanction than a mere slap on the wrist by the ASA.

Ultimately, if laws are not enforced, they are ignored. And that could end up with lawyers being ignored, which would never do!

"If named influencers continue to break our rules around non-disclosure, we have further sanctions we can implement, including taking out ads against them, working with social media platforms to have their content removed or referring them to statutory bodies for possible fines." Guy Parker, Advertising Standards Authority 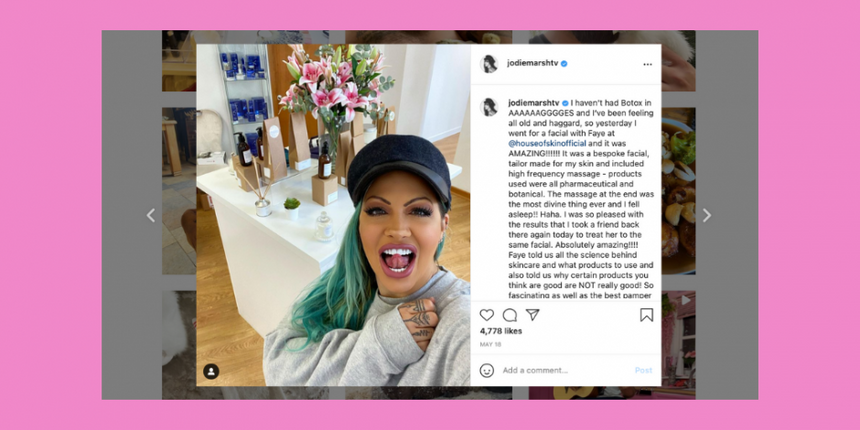