Following World Suicide Prevention Day, I thought I would comment on some developments in this space.

Social media platforms have been actively considering the positive steps they can take to mitigate the harm of social media use on young people.  The issue is real and ongoing - a report by the Education Policy Institute and The Prince's Trust earlier this year found that teenagers' mental health was being damaged by heavy social media use. It was linked to negative wellbeing and self-esteem, regardless of a young person's mental state, with more girls experiencing feelings of depression and hopelessness, the study said.  These issues are not limited to teenagers, of course, but these triggers are perhaps most acute given the heavy use of social media made by teenagers and the fact they won't remember (and probably can't imagine) life before social media.

Worryingly, one in seven girls was unhappy with their personal appearance at the end of primary school, increasing to one in three girls by the age of 14. Boys in the bottom set at primary school had lower self-esteem at 14 than their peers. The wellbeing of both genders fell during adolescence, with girls experiencing a greater decline, the report said, while recognising that in general girls' self-esteem and wellbeing stabilises as they move into their late teens, whereas it continues to drop for boys.

Another worrying trend identified by the study is that the number of young people with probable mental illness has risen to one in six, up from one in nine in 2017.

Of course, social media is not the only contributor. The report by the Education Policy Institute also found that the pandemic, as well as family income, exercise, and poor maternal health also contributed to young people’s mental state, the study found.

In response to these issues, social media sites have been considering how and to what extent they can alleviate these problems. For example, TikTok has announced a suite of features to help users struggling with mental health issues and suicidal thoughts. The features include guides on wellbeing and support for people who are struggling with eating disorders. Users who look up terms such as "suicide" will also be directed to resources where they can get support.

A spokesperson for TikTok said "We care deeply about our community, and we always look for new ways in which we can nurture their well-being. That's why we're taking additional steps to make it easier for people to find resources when they need them on TikTok."

It demonstrates our commitment to understanding complex and difficult issues young people may struggle with, and informs all the work we do to help those experiencing these issues. 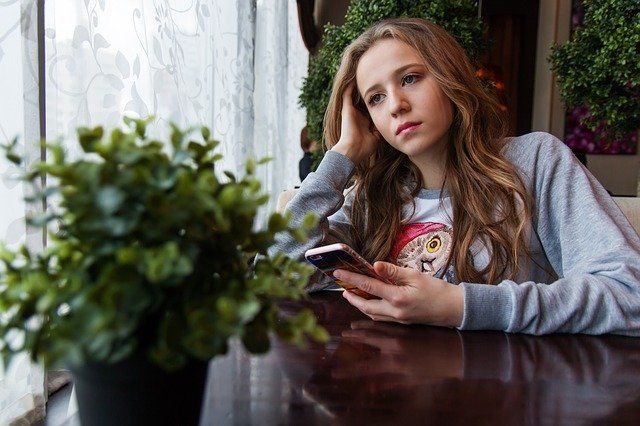