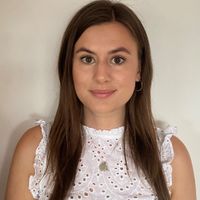 Today the Committee of Advertising Practice (CAP) and Broadcast Committee of Advertising Practice (BCAP) announced a call for evidence to assist them in regulating advertisements that may cause body image concerns. As harm to body image can be detrimental to an individual’s mental health, CAP and BCAP are keen to develop an up-to-date understanding of the potential harm advertisements can cause in relation to body image. The call for evidence seeks to determine, therefore, whether the current codes and ASA enforcement adequately addresses body image harm that arises out of advertisements.

This call for evidence follows various reports in recent years about the negative impact social media and advertisements can have on body image. It doesn’t take long when scrolling through Instagram or Instagram stories to come across an influencer advertising the latest beauty products, or fitness trends. In fact, social media is riddled with this kind of advertisement and it often involves filters, exaggerations, and encouragements for their (often young) audience to hop on the latest trend. It is no surprise the ASA, in their statement welcoming the call for evidence , note the various times they have had to intervene. Under the current regime, complaints to the ASA regarding body image related concerns are dealt with under the rule that “marketing communications must be prepared with a sense of responsibility to consumers and to society” (CAP rule 1.3 and BCAP rule 1.2). This is in addition to the specific codes specified at younger people. For example, CAP rule 13.3 states:

“Marketing communications for any weight-reduction regime or establishment must neither be directed at nor contain anything that is likely to appeal particularly to people who are under 18 or those for whom weight reduction would produce a potentially harmful body weight (BMI of less than 18.5 kg/m2). Those marketing communications must not suggest that being underweight is desirable or acceptable.”

The ASA have, to date, had some success in removing ads that may harm consumer body image. In July 2021 a complaint was upheld against Rustin and Mallory Wholesale (t/a Motel Rocks) regarding a model appearing unhealthily thin in an ad, on the basis that it was irresponsible (to read more on this see Brinsley’s blog post on the decision). Earlier in the year, an ad for fake tan was held to be misleading as the influencer involved had a tanning filter on in the Instagram story (the filter was even called ‘Perfect Tan’).

However, the ASA recognise that this does not prevent ads from “featuring glamorous, attractive, successful, aspirational or healthy people or lifestyles, unless the content and / or context of the ad is irresponsible or likely to mislead”. CAP and BCAP, therefore, want to receive evidence that updates and improves their understanding on the following areas:

Given the continued political focus on efforts to tackle body image issues, CAP and BCAP consider it important to assess whether the current protection offered by the UK Advertising Codes, and the independent ASA’s enforcement of them, remain effective in addressing body image related harms arising from advertising, particularly in view of recent reports and evidence.