The anti-vaxxers owe much of their "success" to the use of social media to amplify their frankly baseless theories about the Covid-19 vaccines. And presumably they also used social media to persuade some 5,000 fellow travellers (or fellow non-travellers, as the case may be), to submit their complaints to the Advertising Standards Authority about the latest Tesco Christmas ad. The complainants are particularly unhappy about a scene in the ad when Santa arrives from Lapland at UK Passport Control and has to show his 'vaccine passport' on his smart phone in order to be admitted into the country.

The grounds for the anti-vaxxers complaints are not entirely clear, but appear to be a toxic cocktail of unhappiness with the vaccine programme in general, and with the requirement for vaccine passports in particular. So what rule in the BCAP Code could possibly have been broken? Well, none. But presumably their argument, if it can be dignified with that label, is that this scene would cause 'serious or widespread offence against generally accepted moral, social or cultural standards', contrary to Rule 4.2.  Surely the fact that there were 5,000 complaints would suggest that the ad has caused widespread offence, right? Wrong. The ASA has long since wised up to the possibility of large numbers of complaints being whipped up by the tabloid press, or now by pressure groups using social media. So despite the fact that this appears to be the second most complained about in the regulator's history, behind the Paddy Power press ad that trivialised the trial of Oscar Pistorius, the ASA tweeted today that it would not be taking any further action in relation to the Tesco ad.

Given that the complaints are a social media confection, it seems entirely appropriate that the ASA decided to announce its decision on Twitter, without even placing a news story or a press release on its website.  The ASA's entire Twitter thread states "Having carefully assessed the 5000 complaints we received about the Tesco Christmas ad campaign, we have concluded it doesn’t break our rules and there are no grounds for further action. In summary, we consider that the depiction of Santa displaying a proof of vaccine status in an airport is likely to be seen as a humorous reference to international travel rules people have experienced this year. It is unlikely to be interpreted as a message about these rules or the Covid-19 vaccine more widely. While we understand that some people disagree with the vaccine programme and may find the ad in poor taste, we have concluded that the ad is unlikely to be seen as irresponsible or cause serious or widespread offence on the basis suggested."

The informality with which this decision was announced suggests that the ASA simply decided that this was a "No Additional Investigation" case, as the ad clearly does not breach the Code. There is a further category of cases, "No additional investigation after Council decision" which is used when the nature of the case warrants asking the ASA Council to decide if there should be an investigation. This usually occurs where there are subjective, interpretative issues. The informality of today's announcement suggests that the ASA did not feel the need to get Council's approval for the decision not to investigate.

Over the years, a large proportion of the ads that have garnered the largest number of complaints, usually after a media campaign, have been disposed of in this way. In this case, the outcome is to be applauded, as it is not in the interests of either consumers or advertisers for the self-regulatory system to be co-opted into the culture wars by the anti-vaxxers, or by anyone else with an axe to grind.

If you want to watch the Tesco ad, please click on the link below. But please don't emulate the stunt with the Christmas puddings. We did something similar with a round of Flaming Sambucas at the Lewis Silkin Media Department's Christmas Party a few years ago. It did not end well, although the folks from the London Fire Brigade were surprisingly forgiving. Unlike the owner of the venue.....

"While we understand that some people disagree with the vaccine programme and may find the ad in poor taste, we have concluded that the ad is unlikely to be seen as irresponsible or cause serious or widespread offence on the basis suggested." Advertising Standards Authority 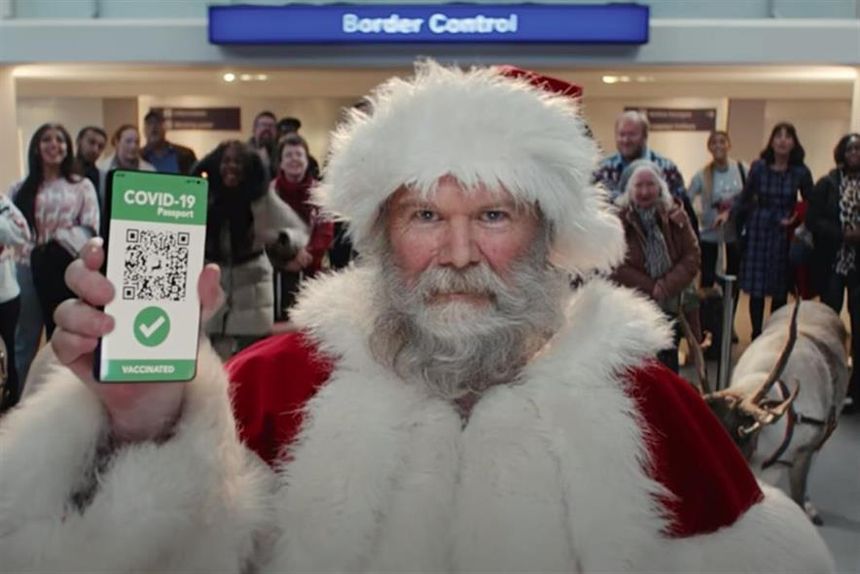