To mark The Queen's Platinum Jubilee, I wanted to look back over the last 70 years to consider some of the occasions when Her Majesty has appeared in British advertising. But I was destined for disappointment. Why? Because the real discovery is that even the "enfants terrible" of British advertising are a very deferential bunch, who have consistently obeyed the injunctions of the CAP Code and eschewed unauthorised references to Her Majesty. Over the course of her reign, and especially in the years since her Silver Jubilee in 1977, British advertisers have thought nothing of putting photos of naked women on 48 sheet posters to sell perfume and lingerie. They've welcomed the opportunity to offend by putting that well known anagram FCUK in massive letters on every high street in the country. And even Her Majesty's own Government has regularly used gruesome images to shock the public into paying attention to their worthy messages about everything from smoking cessation to the importance of avoiding indoor parties during the recent pandemic. But use an image of The Queen in advertising without permission? Heaven forfend. That is a prospect as appalling as the ravens leaving The Tower.

Her Majesty had already been on the throne for 10 years before the Advertising Standards Authority was established in 1962. Despite the absence of any evidence of unauthorised references to Her Majesty in the intervening decade, the CAP Code introduced Rule 6.2, which states that  "Members of the royal family should not normally be shown or mentioned in a marketing communication without their prior permission but an incidental reference unconnected with the advertised product, or a reference to material such as a book, article or film about a member of the royal family, may be acceptable."

The wide drafting of this rule has been creating problems recently for advertisers who want to join in the celebrations for the Platinum Jubilee and signal their own appreciation for Her Majesty. Recent guidance has opened the door, just a touch, by stating that  "Incidental references unconnected with the advertised product- such as a generic “Congratulations, Your Majesty” message – may be acceptable, but in general, avoid unless you’ve received the Royal seal of approval."  And here is an example of an ad for Reed employment seen on the Elizabeth Line on its opening day: 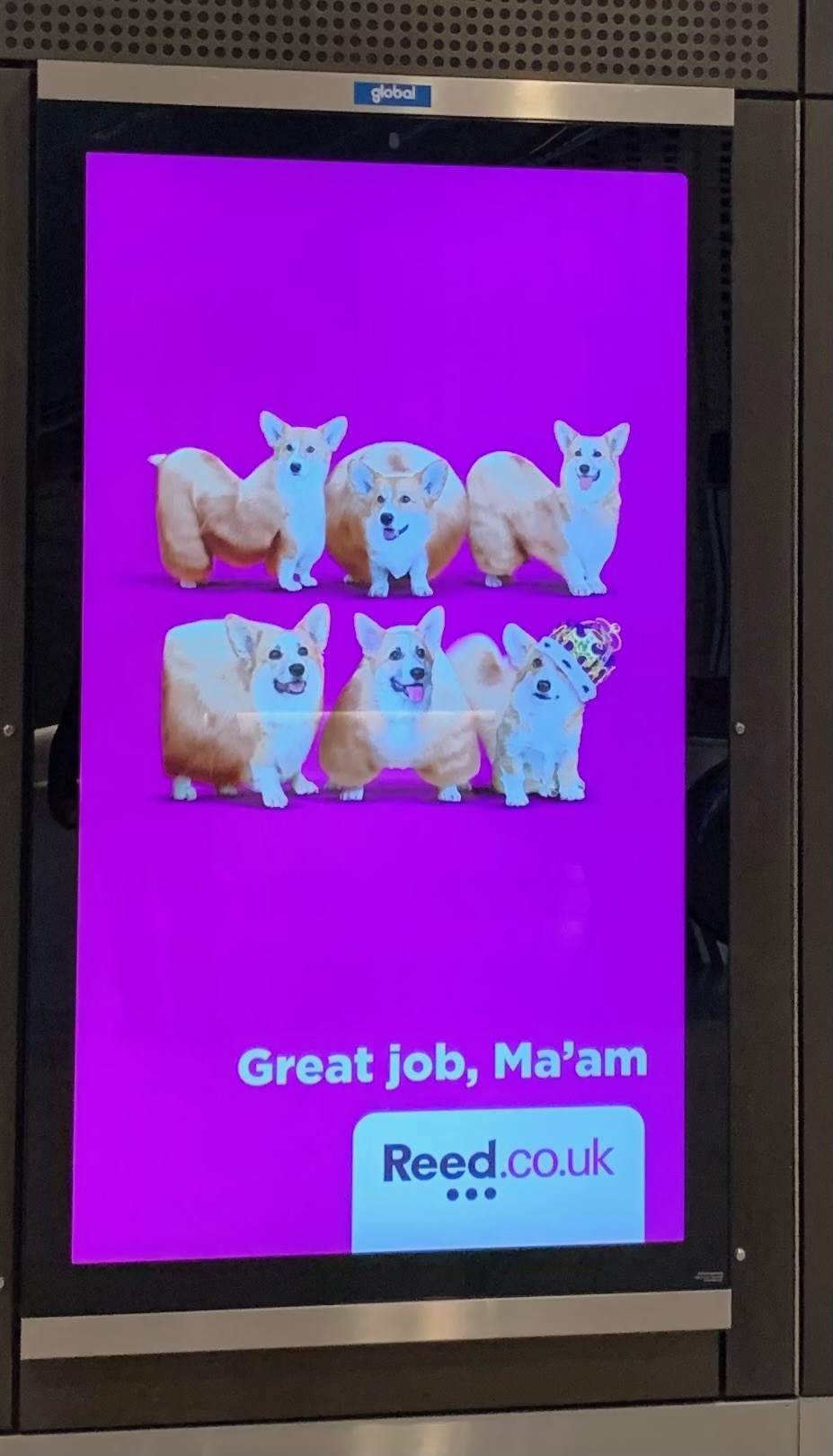 And so it has been left to those who are not the subjects of Her Britannic Majesty to refer to Her Royal Highness in their advertising. The Belgians, in an act of historic amnesia and rank ingratitude, worked up the pluck to publish an ad for Eurostar featuring Queen Elizabeth recreating the famous pose of Marilyn Monroe standing over the subway grate from The Seven Year Itch. Let's hope they don't update their ad to mark The Seventy Year Itch. Marilyn must be turning in her grave.

Recent experience in the United States of America has proved that, as a form of government, constitutional monarchy trumps an elected presidency every time. However, this has not prevented our American cousins from taking diabolical liberties with the image of Her Majesty. The US company Nike, who make plimsolls and other games kit, ran an advert on their website in 2010 called 'Write the Future', which showed Wayne Rooney being knighted after winning the World Cup of Association Football, or soccer as they would call it. The script should have been called 'Write the Fantasy', but we live in hope. Although the ad included a shot of a lookalike of Her Majesty, at the time, the ASA's remit did not cover advertisers' own websites. The version that was used on UK TV was edited by removing  the shot of The Queen, and replacing it with a shot of her tapping Rooney on the shoulder from her perspective. Presumably her holding of the sword was both ceremonial and precautionary. 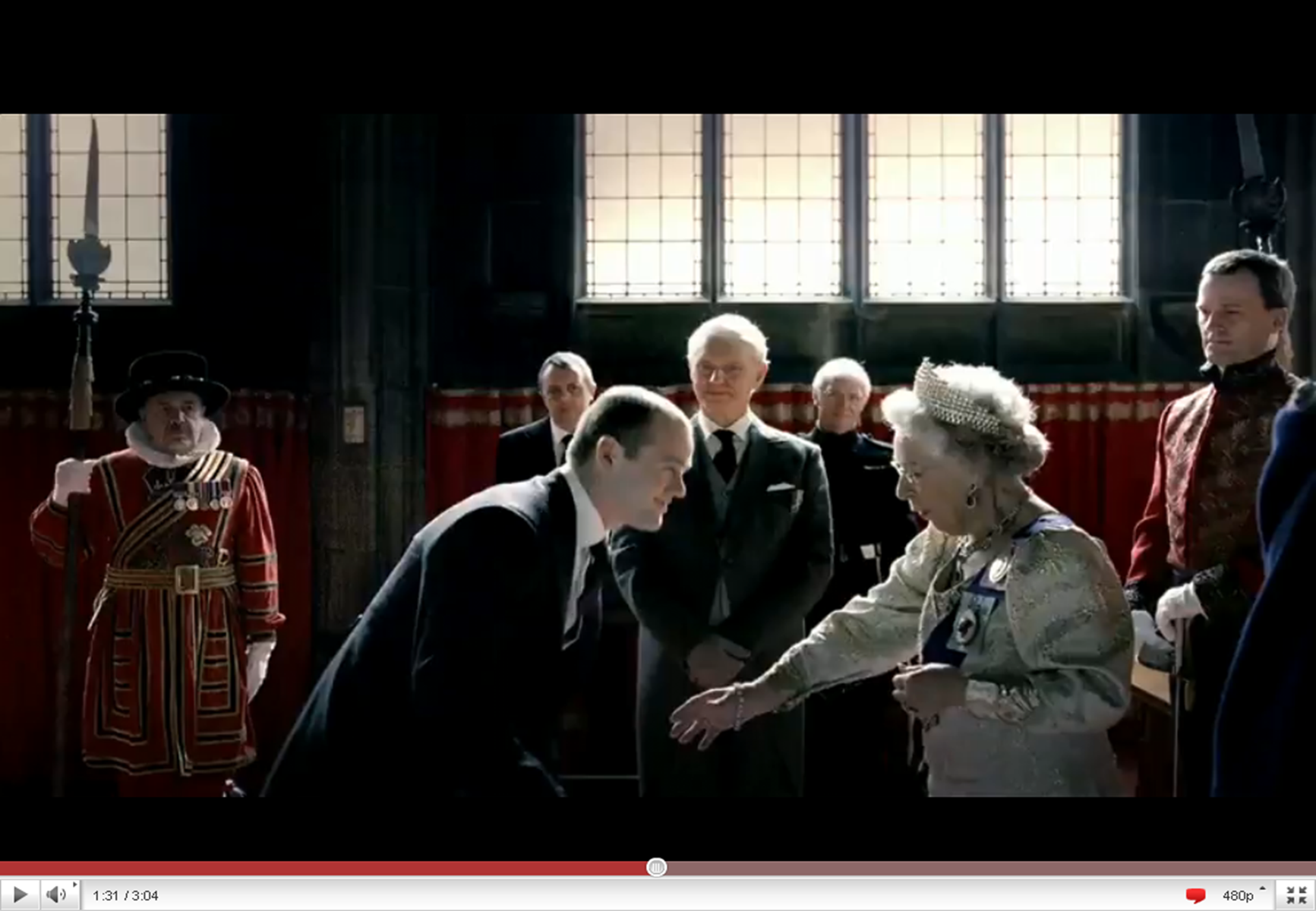 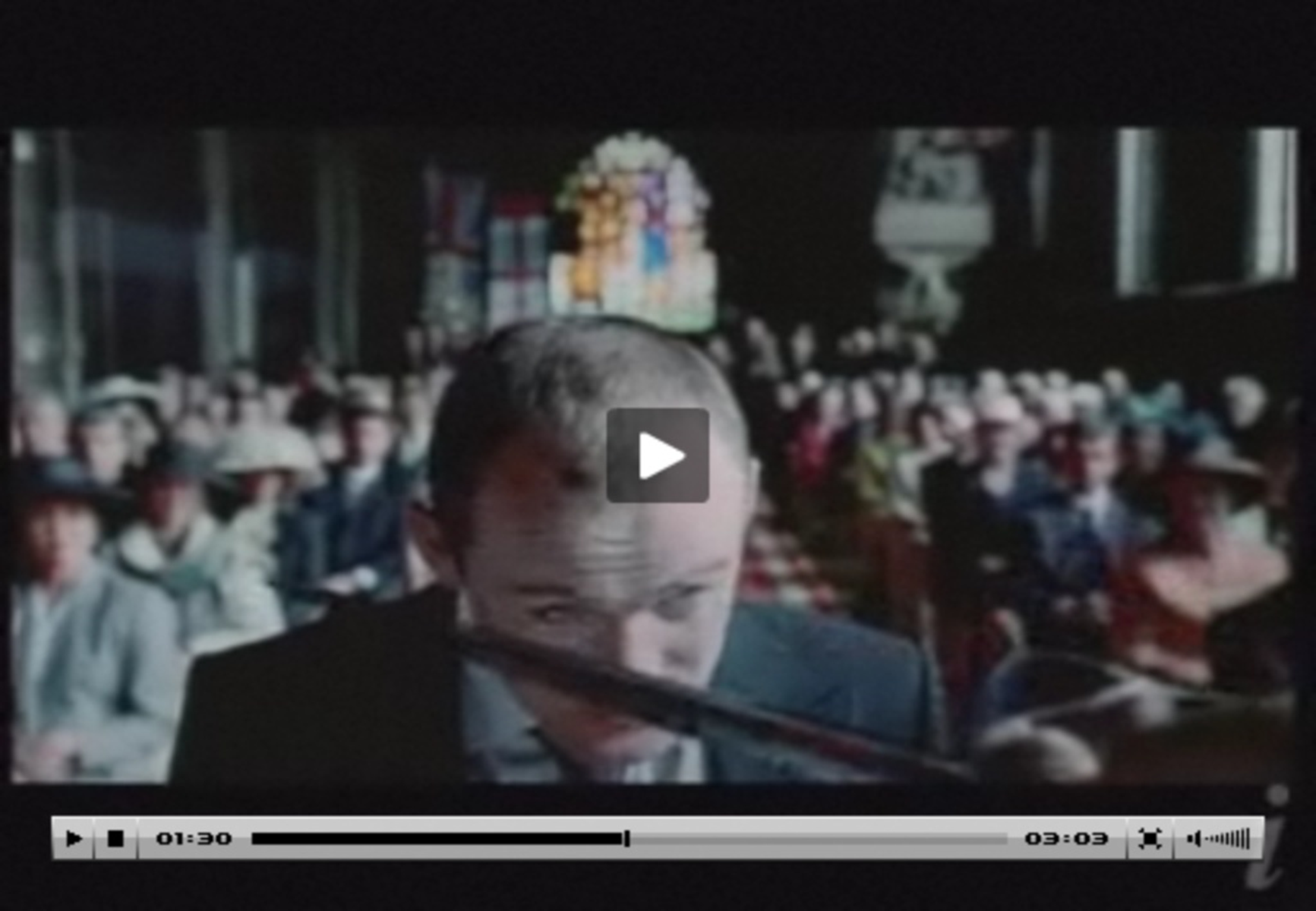 A fine line must be taken when using lookalikes.  If they're too good, it may appear that there is a reference to The Queen herself, in breach of Rule 6.2. But if they're too wide of the mark, viewers may not make the connection. So this ad for Snickers created by BBDO Ukraine, rather than Abbot Mead Vickers BBDO in London is absolutely perfect, because we know that it is The Queen, and yet at the same time, we know that it's not. Just as we know its a Marathon, not a Snickers. 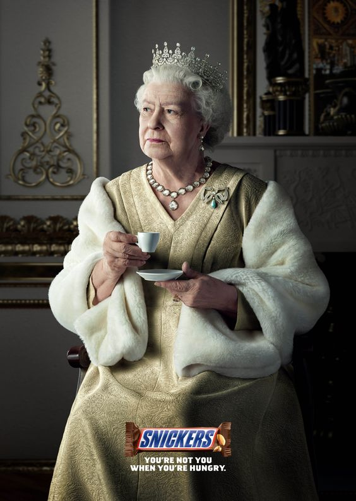 So overall, it appears that Rule 6.2 is one of the most consistently obeyed rules in the CAP Code. Our advertisers are more than willing to mislead, offend, cause harm and generally be socially irresponsible. But when it comes to respecting Her Majesty, we're very loyal subjects indeed.

"Members of the royal family should not normally be shown or mentioned in a marketing communication without their prior permission..." Rule 6.2, CAP Code 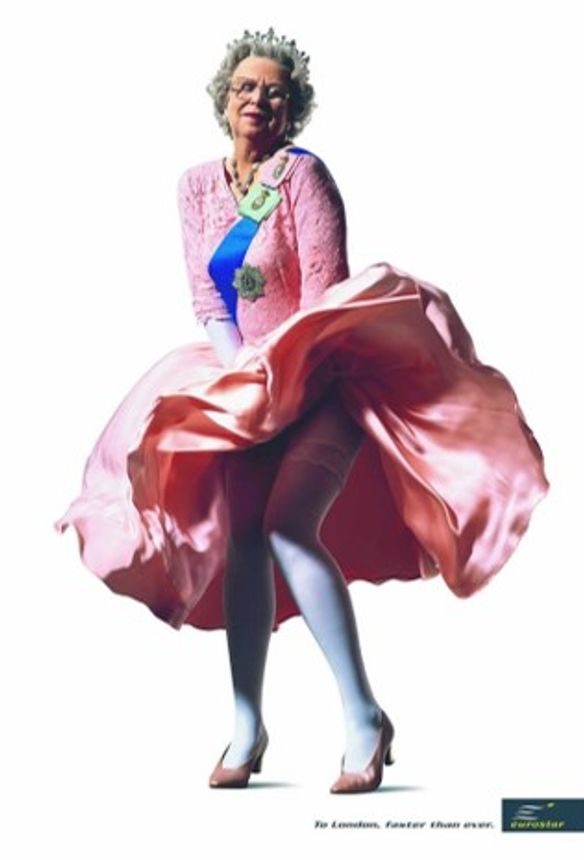