Good Lord. They're all at it.

As I say, Mr Shapps got in there first - he launched this video in mid-April - but I mention Mr Shapps' video now because I have lived in blissful ignorance of its existence until today.

In the video, Mr Shapps MP was seen changing awkwardly from one beige outfit to another, including a T-shirt, hoodie and a puffer jacket, as he read from a stilted script.

It was all in the name of promoting the Great British Rail Sale.

It was not exactly seamless, he fluffed a few lines, but to give him credit, he stayed roughly on track and got to his final destination without completely derailing his career.

Also, he didn't even attempt to rap. It has come to this, I'm dishing out pats on the back to government ministers who DON'T try to rap!

I imagine Mr Shapps channelled his inner Prince Philip by saying at the start that he'd only do this bloody nonsense once, and that whoever is holding the camera had better look lively and get everything they need from this one take because he wouldn't be doing it again, etc etc.  All conjecture, but as you know I like to give these ministers the benefit of the doubt...

So, what was the Great British Rail Sale?  Well, it has finished now, but there were 1 million tickets available at "up to 50% off". It was all in the name of helping with the cost of living crisis, mitigating soaring inflation and defraying the spiralling cost of fuelling our cars, presumably - though you will be shocked to learn the Great British Rail Sale didn't really make much of a dent in most people's lives.

In Germany, I understand they have slashed public transport fares by around 90% to encourage people to ditch their cars and save energy, but, you know, whatever. A one-month sale on some tickets sounded alright, if you're the type who is easily distracted by a government minister messing about in front of a green screen.

Back to the video. In it, Mr Shapps referred to the fact we've all been living virtually for the past two years, so he encouraged us to get out and about, see our country. Why not head to Arthur's Seat in Edinburgh, he asked, or go on a spending spree in London (cheaper than staying at home to heat your house), or visit the Lake District to visit dancing daffodils. Speaking of daffodils, Wales was notable by its absence. 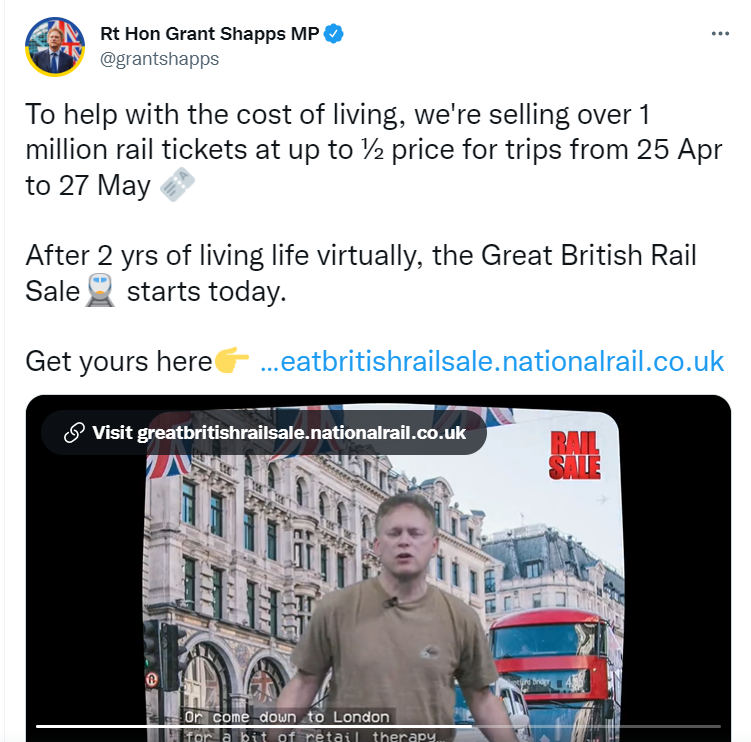 I assume a 'significant proportion' of tickets were available at the full 50% discount throughout the one-month sale while this video was out there, otherwise the claim would have been misleading and it would have breached the CAP Code. I'm not suggesting for a moment that there was anything untoward - otherwise I expect the ASA would have been involved. Adding insult to injury.

But WHAT is the reason a serving government minister was roped in to promoting this sale via a cringe worthy social media video I hear you ask?

Well, that's still not entirely obvious. It's the Jubilee Bank Holiday at the time of writing this, so he's lucky I don't plan to spend any more time than is necessary critiquing this particular piece of 'content', save to bring it to your attention, dear readers, if, like me, you were also living in blissful ignorance of its existence. A problem shared is a problem halved after all.

Feel free to join me in pondering what piece of questionable content the government will be putting out next...?

The Prime Minster, live streaming a Weight-Watchers sponsored Jazzercize class from 10 Downing Street to get us all in shape in lieu of his on-again-off-again HFSS advertising policy?

Home Secretary, Priti Patel, and Foreign Secretary, Liz Truss, doing a duet in a series of Instagram Stories in which they promote cut-price, one-way flights out of the UK, sponsored by British Airways?

Do feel free to join in, I'm struggling to come up with examples that are more ludicrous than the real life ones!

On a serious note though, I do hope that Ms Dorries' video was the last of them.

I hope it stops.

You can watch Mr Shapps in action, here. 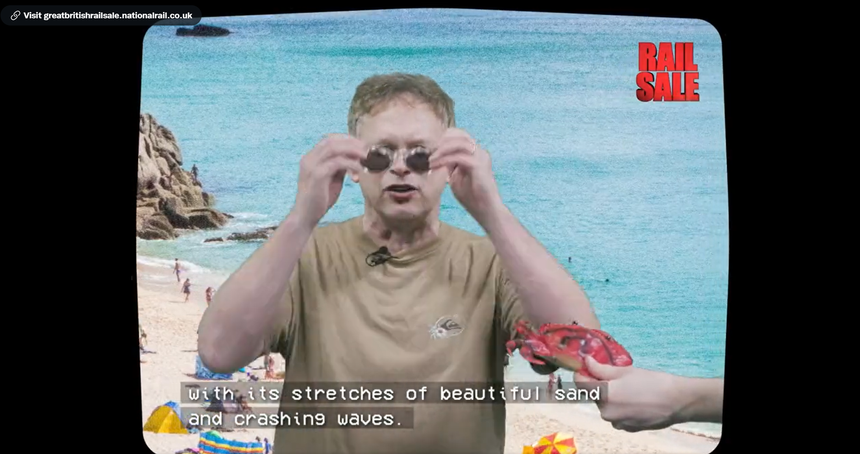