Ensuring that children know that a communication is advertising can be a tricky issue for advertisers to navigate, especially when advertising online.

Section 2 of the CAP Code requires that all advertising needs to be obviously identifiable as such. This can sometimes pose a challenge for advertisers when it comes to younger children, whose cognitive development is in its early stages. The ASA has recently highlighted its guidance explaining how the rules apply in relation to children, particularly those under the age of 12 as well as the criteria for its so-called "enhanced disclosure" test

The ASA points out that children begin to develop the ability to recognise marketing at a very young age and have reasonably well-developed levels of critical understanding from the age of around 8 years. By the age of 12, children approach adult levels of critical understanding. However, younger children still struggle with significantly integrated and highly immersive marketing in online environments.

A “highly immersive” marketing communication features prolonged or in-depth interactivity, principally, game play or narrative such as that of a story in audio-visual content.

A “significantly integrated” marketing communication is visually or otherwise integrated into the surrounding editorial content or context, for example, a display ad that looks as if it is part of the surrounding content. The usual separations between advertising and other content – spatial and/or thematic – are absent.

Examples include among others:

If a marketing communication is directed at under-12s (through the selection of media and/or the content), highly immersive or significantly integrated into the surrounding editorial content and unlikely to be identified clearly from the context in which it appears, it will require enhanced disclosure.  Enhanced disclosures should be prominent, interruptive, and sufficient to identify the marketer and the commercial intent.  This means the disclosure should be:

The ASA ruled against a banner ad despite references to the brand and an orange ad label with white text stating “ADVERTISEMENT” on the thumbnail.  The ad’s format was identical to the surrounding editorial content and was visually integrated to the extent that the ASA considered that it would be unlikely that children would be able to identify the content as an ad from the context in which it appeared. Although the ASA acknowledged that the label was in capitals and a slightly larger font, it considered that the use of a colour palette that matched and blended with the overall ad colours did not make the disclosure sufficiently prominent or interruptive enough. In addition, there were other editorial content tiles with ad labels, which meant it would be difficult, especially for younger children, to understand the difference. The ASA also acknowledged that the name of the marketer was identified within the ad but it was incorporated within the ad graphic itself and presented in a colour palette and style which matched the ad, so the ASA it did not think it was prominent or interruptive enough for young children to identify the marketer.

The ASA also ruled against banner ads despite featuring ad labels with the text “ADVERTISEMENT” and references to the brands. The ads were both positioned alongside other ads and tiles linking through to games, all of which were formatted identically.  Although the labels were in capitals and centrally located, the font size was not particularly prominent and the use of colour palettes that matched the ad graphics had the effect of blending the disclosure with the ads. Therefore, the ASA concluded that they did not make the disclosures sufficiently prominent or interruptive enough. Similarly, because the names of the marketers were incorporated within the ad graphics and presented in colour palettes and styles which matched the ads, the ASA did not consider the references enabled young children to easily identify the commercial intent behind them. Although the landing pages did carry clear disclosures by the marketer, using terms outlined in CAP guidance, the ASA concluded that even ads which are limited by space require labels to be sufficiently prominent and immediate within the ads themselves, to distinguish them from non-advertising content around them.

The guidance and rulings give useful assistance to advertisers aiming to ensure that their advertising is obvious to children and meets the requirements of the enhanced disclosure test.

Photo by Emily Wade on Unsplash

when a consumer sees an ad, it should be obvious to them that they are looking at an ad. This can sometimes pose a challenge for advertisers when it comes to younger children, whose cognitive development is in its early stages 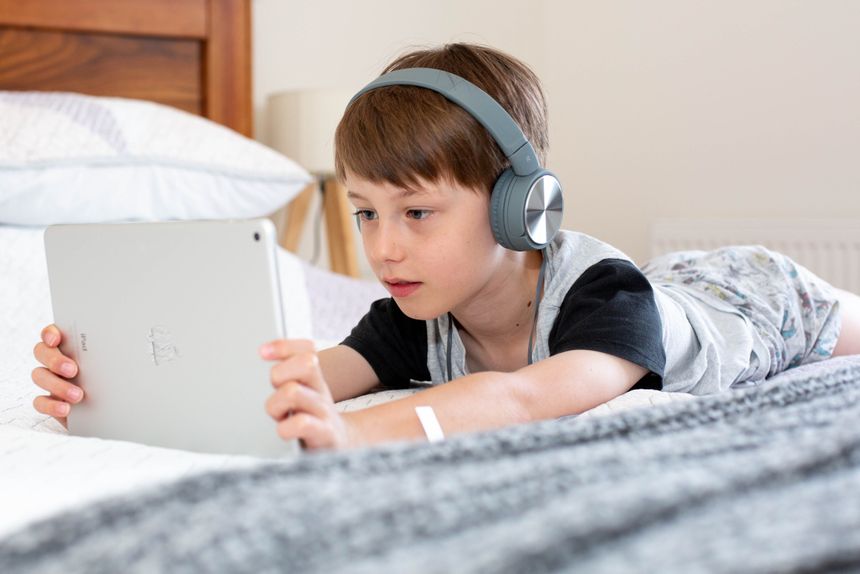