Cameras concealed within the ENORMOUS new single screen at Piccadilly Circus (which replaces the old six screens) will track the make, model and colour of passing cars to deliver targeted adverts.

Cool idea. There's certainly enough time for gridlocked traffic to contemplate a digital billboard ad (or even a 30 second ad...!).

But anyone who has ever visited Piccadilly Circus might wonder what exactly is the point of trying to target the driver/passenger of a particular car, in Piccadilly Circus, with a digital ad the size of three tennis courts?!

It seems a bit like using cinema advertising to target only the person in row Y seat 26.  It's also bound to reignite the debate about whether and how digital out-of-home ads should target unsuspecting and 'unconsenting' members of the public.

One thing is for sure, it is a great platform to show that this tech already exists, even if it's not the most natural application of it. And it is sure to get London's creative juices flowing, even when the traffic isn't.

Oh, and it will provide free WiFi.

Later this month, a new 790-square-metre behemoth of a screen will flash into life for the first time. The screen, which is larger than three tennis courts, packs in almost 11 million pixels at a resolution that’s greater than 4K. The display is the largest of its kind in Europe. ...Brands can even pre-program triggers so that specific adverts are played when a certain model of car passes the screen. 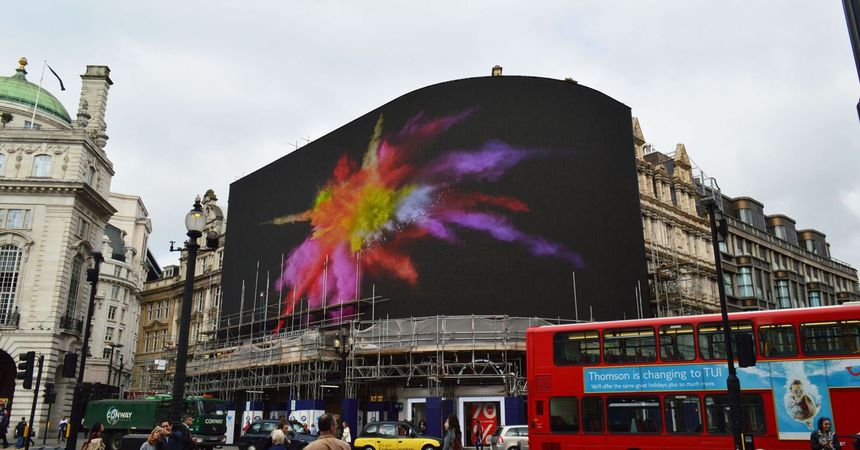 The giant Piccadilly billboard is going to track cars to target ads https://t.co/CEd1efmXeN#CyberSecurity news from @identifi_global

The giant Piccadilly billboard is going to track cars to target ads: https://t.co/1ncz1dEC88