Call me naïve, but I can't believe that large brands are plumbing unspeakable ethical and moral depth and risking long term damage to their brands, to generate short term controversy to boost short term sales, by being deliberately racist in their ads and social comms.

However, in this era of fake news and general mistrust when it comes to large organisations, consumers are asking some tough questions and are understandably very sceptical.

Smart brands will be alive to these sensitive issues, and some are responding by being hyper sensitive to all the content they put out.

Perhaps hyper sensitivity, at the expense of creativity and authenticity isn't the right approach either.  But my free advice to any brands which ARE deliberately poking a hornets' nest by provoking negative reactions on any race, gender, sexuality, age or unhealthy body image issues, is that they should wake up and smell the coffee.

This bizarre and scary post-truth age will one day be a thing of the past - hopefully sooner rather than later - and consumers have a long memory.

Paul MacKenzie-Cummins, managing director of Clearly PR Marketing and Communications, thinks some brands are using race to grab people's attention. "They're clever people, those who work in ad agencies. They're very skilled and have huge budgets and are under increasing pressure to raise the profile of their client's brand. Paul, who worked in advertising for 11 years, thinks the approach will ultimately damage a brand's reputation. "To a degree Chance is kind of right in the sense that it's deliberately being provocative and it's trying to get the headlines - and it's working in that respect. That's the key word - respect. That's what it comes back down to. "And this ultimately is going to be much more damaging for brands than what they actually realise." 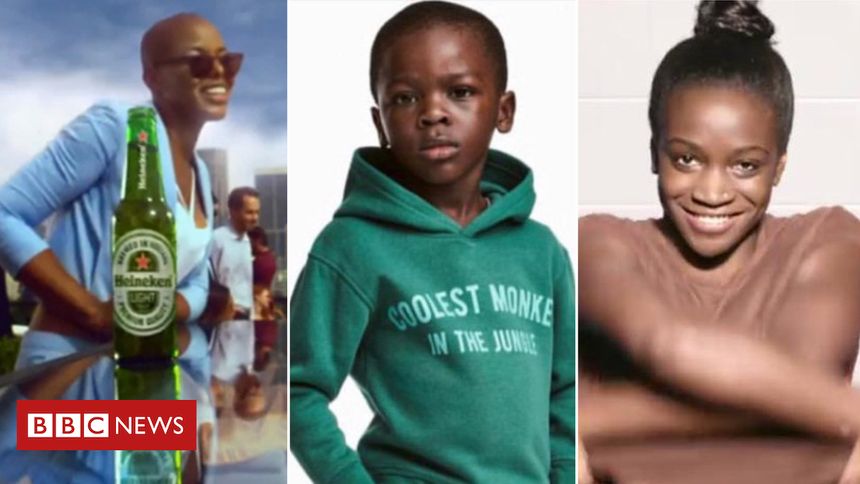 Are brands being deliberately provocative by using "racist" ads?

Are adverts deliberately being racist? https://t.co/hPUXTBEldF

Are adverts deliberately being racist?https://t.co/4ELfH2swwU

Just in case you missed it. BBC News - Are adverts deliberately being racist? https://t.co/zArBkh0hU4

Chance the Rapper thinks some companies are deliberately putting out racist adverts to get more views and attention. Is there any truth in his claim? I chatted to advertising experts to find out what's going on https://t.co/fdvQsLPqVR